Web Coolness: Last-minute help for Father’s Day, the ultimate bacon recipe, and our vote for Father of the Year 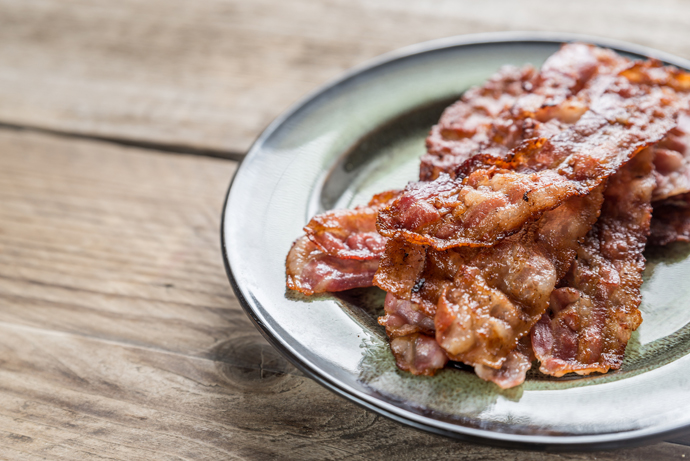 This has been some week. A lot of ups, a lot of very down downs, and a whole lot to read. Here are some of the links that we’ve been reading this week and we hope you like them too.

Still scrambling to celebrate your favorite dad in your life? We can help. Start with this insane (but easy) Oven-Baked Maple Glazed Bacon recipe from Cool Mom Eats (above). We’re all in.

Then check out these 11 creative last-minute gifts for dads, and 24 ideas for DIY Father’s Day gifts and printables. There’s still time!

Working dads don’t feel like they spend enough time with their kids either, and other fascinating highlights of a new State of Fatherhood study. Good stuff.

Also check out some of the best parenting wisdom from top dad bloggers, from sweet to hilarious.

Parenting in the age of social media: ur doin it rong.

Also, if you’re using periods when you text, ur doin it rong.

Interesting perspective from Kristen Bell: Why being “girlie” is a good thing.

Great list of the best food podcasts for parents. Or anyone who likes food.

You might want to read this first: An easy tutorial for how to listen to podcasts on your smartphone.

Can’t get tickets to Hamilton? A Hamilton PBS documentary is coming soon!

Women entrepreneurs are now creating new jobs than men — like so many of the companies we cover here.

A day in the life of the “World’s Best Father,” photographer and humorist Dave Engledow. (And we love his Facebook page!)

If you’re still trying to figure out how to talk to your kids about Orlando, here are a ton of helpful resources for parents on the web and beyond.

And if you want to put emotions into action, check out this great list of organizations working hard to prevent unnecessary gun violence.

A beautiful and hopeful essay from a gay dad on why Orlando won’t keep him from dancing.

We have to give a huge and emotional shout-out to committed dad and US Senator Chris Murphy for this week’s historic filibuster — along with the 40 members of the Senate who joined him — with the hopes of coming together to find ways to keep more families, more children, more Americans safe. If you haven’t read his closing statement which invoked the victims of Sandy Hook, including 6-year-old Dylan Hockley (shown above), bring tissues.

The Senator’s own two young sons entered the Senate gallery to see him during the 14-hour filibuster, and he said to his 7-year-old, “I hope you’ll understand some day why we’re doing this…trying and trying and trying to do the right thing is ultimately just as important as getting the outcome in the end.”

They should be proud. You’ve earned this Father’s Day big time, Senator Murphy. Hope there’s lots of maple bacon in it for you. –Liz + Kristen

Boobs *are* pretty tough to beat! Hooray for funny