Our kids are sharing memes about WWIII. Here’s how to talk to kids about the fear of war and unrest. 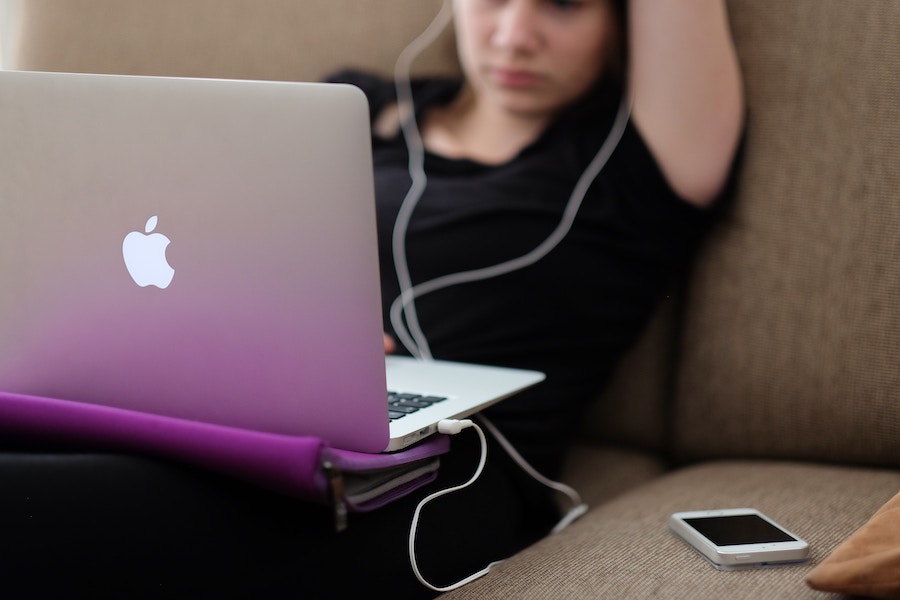 This article was originally written a year ago, about the increase in tension between the US, Iran and Iraq. Today in 2021, with the riots in DC and violent insurrection at the US Capitol, the advice here is just as relevant and helpful, so we’re sharing it again today, as our kids are responding to these events in similar ways. And because it’s impossible to fully discuss the insurrection without discussing Black Lives Matter, privilege, and institutional racism, we encourage you to read this article as well.

In light of this week’s rapid increase in tension between the US, Iran, and Iraq, my social feeds are packed with parents sharing similar sentiments as Asha Dornfest did on Twitter: My children and their friends are sharing WW3 memes to cope with their fear and anger. I am livid. Disgusted. Furious….

Another friend’s daughter, also sharing WWIII memes, asked her mother whether there is going to be a terrorist attack in NYC where she lives.

Like dealing with active shooter drills and the fear of gunmen in schools isn’t enough for kids to handle.

Whatever your feelings about the events that created this crisis, as parents, our first concerns are always our kids’ physical and mental well-being. Which is why we’re always writing here about how to have all kinds of tough conversations with your kids — from social media to sexuality to school shootings.

Still I admit we didn’t think we’d be having actual World War III conversations. But here we are.

So…deep breath. Here’s some guidance that can help.

Related: How to talk to your children about tragedy and terrorism: Excellent resources to help parents, teachers and other caregivers, because we sure need it right now.

1. Remember that what you’re feeling right now isn’t necessarily what your kids are feeling

For those of us who lived through the 80s, we’re thinking, “here we are, terrified of nuclear apocalypse again.”

The feelings are probably a lot more intense for us; we have a more heightened sense of our mortality than our kids, and more experience with war and its aftermath. Without our same life experience, our children likely don’t have the kinds of nuclear war fears — or knowledge — that we do.  (The Day After PTSD, anyone?)

We Gen X-ers grew up watching movies like The China Syndrome and Silkwood, panicking about 3-Mile Island and (the real) Chernobyl, and debating whether “the lucky ones” were those who survived a nuclear blast, or those who were instantly incinerated.

We screamed Michael Stipe’s lyrics to 1987’s End of the World As We Know It at parties, right before launching into tonight we’re going to party like it’s 1999 which also came out — you guessed it — in the 80s.

In fact, listen carefully to the sweet, prom-favorite slow dance song, Alphaville’s 1984 hit, Forever Young. I bet a lot of people assume it’s about the fear of getting old, when it’s really about coming to terms with dying in a nuclear blast.

Let’s dance in style, let’s dance for a while
Heaven can wait we’re only watching the skies
Hoping for the best, but expecting the worst
Are you gonna drop the bomb or not?

Sorry to go off on a tangent. This is just to say that a lot of us have grown up freaked out about our a strike on US soil for a long time — even before 9/11. But if you grew up in the early 2000s, you probably told dark jokes about The Twin Towers or the Iraq War.  (Mission accomplished, amirite?)

But you won’t know how they’re feeling  and thinking unless you talk.

2. Know that humor is healthy

If you see your kids sharing WWIII memes, don’t scold them. It’s normal and healthy. (And the fact that it’s not funny to you, is in part why it’s funny to them.) 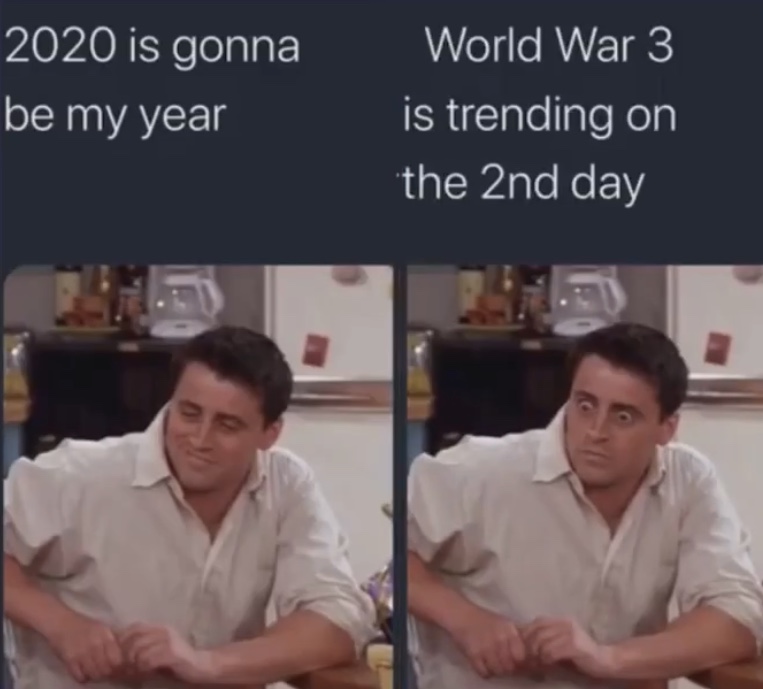 Interestingly, it may also be possible that your kids are joking precisely because they don’t truly think it’s likely that they’ll be drafted into war, or experience an attack. In his research, McGraw also established that “for grave tragedies, lots of psychological distance is needed to render the situation harmless enough to be funny.” So maybe that’s reassuring in some way.

NOTE: A joke may just be a joke — or it could be a sign that there’s some real fear or anxiety going on. Keep an eye out to see whether your child is acting different in any way that piques that parenting Spidey sense we all have. If you need to go to a school counselor or a therapist, by all means, get help.

3. Use their memes and jokes to start a conversation

Any parenting expert will tell you that concerts about your child are always a great jumping off point for conversation. Same goes for memes they might be sharing on Tumblr or Instagram.

If you don’t know where to start, try asking, what do you know?

This gives you the ability to use your child’s knowledge — or conversely, misinformation — to talk about the facts of the situation. And, if need be, to research them together.

What you tell your kids will depend on age and maturity. Another helpful phrase, which I recently learned from this week’s Spawned podcast guest, parenting communicator and researcher Dr. Heidi Croatt: Well what do you think?

It’s a brilliant way to get right into your kids’ heads, whatever their age. Maybe they really are terrified about WWIII. Maybe they have misinformation that needs correcting. Or, maybe sharing memes from friends is just a way to feel “cool” and like part of something their peer group is doing.

We’ve got some specific tips on what to say, below.

(Psst…If you’ve got teen social media users, this is also an opportunity to find out where your kids are getting their information, or where they’re seeing those memes. As Caroline Knorr at Common Sense Media put it, assume that teens know — but don’t assume their knowledge is complete. it’s never a bad time to talk about vetting news sources, sensationalism in the media, and reminding them that Tumblr memes are not the gospel truth.)

With older kids by the way, you can also ask, What would you like to do about it? Maybe they want to go to an anti-war rally for example, or get a backpack pin, or make a sign, or just make their own meme. It’s one way for kids, who feel like they have no power, to feel just a little more in control.

While this post isn’t specifically for them, we’ve written about talking about tragedy and tough topics with kids a lot here.

For even more info broken down helpfully by age, check this Common Sense Media guide.

For younger kids, I like their reminder to simplify complex ideas. Don’t get into the specifics of Sunni vs Shiite Muslims or our history with war in Iraq. You can say something as simple as “there was a leader in another country who did a lot of bad things. He was killed by the United States, which made them angry. But now there are a lot of smart people trying to work things out to keep everyone safe.”

Or, come up with your own version. But that’s a start. You can see more on the post.

5. Be honest, but reassuring. Here’s a script. 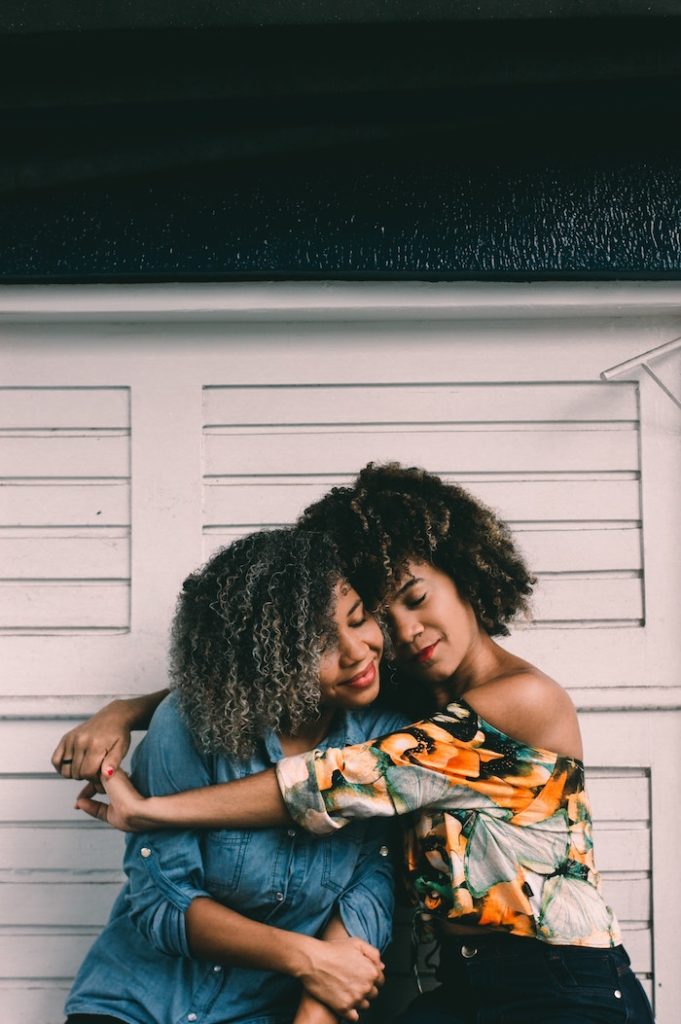 Instead, tell your older kids things that are true, but not terrifying. Here’s a place to start.

(With thanks in part to my friend Amy, who always has brilliant ideas for talking to kids honestly.)

Remember, there are lots of experienced people out there working on this. Their job it is to take care of these things. We have diplomats, soldiers, military leaders, scientists, and experts of all kinds all working on this together to keep us safe. That includes our intelligence agencies and eve local police. That’s why you may see more police or military presence around places like ballparks or bridges — it’s just another way of keeping us safer.

Remember we have lots of allies around the world too, who also want to keep us all safe.

And you know we have the most extraordinary technology, including anti-missile defenses — some say the best in the world. We’ve spent trillions of dollars building up our arsenal in the event of an attack and the likelihood of it happening in a major American city, particularly after 9/11, is very, very low.

Also, we do not have a draft right now and there are no signs that there is much heart for one. Our military remains full of enlistees who signed up to be a part.

If you live in a big city like NY or DC, you can let your child know that there’s on credible direct threat right now, which is another truth. You can also point to any increased police or military presence as a case of “looking for the helpers.”

For those of you who want to get more specific about the bigger picture around the world, you can add something like Amy’s wise words, incorporating your own values and beliefs, of course.

The truth is, there is a likelihood that our foreign outposts, which do not have our mainland defensive capabilities (plus friendly neighbors to the north and south), are vulnerable.

However our troops are being put in a terrible position, and even if this is what they signed up for, no one wants any more lives lost. The people of the Middle East are also in a dangerous position — they are the ones who are most likely to suffer most. Because whatever economic consequences we may face or high gas prices, it’s nothing compared with loss of life.

So there is personally nothing to worry about, but everything to grieve.

But no matter what you say, as always, remind them that you love them, and that your first job as a parent is to keep your kids safe any way you can.

This is always true.

6. Tell them you love them and they can always come talk to you

This bears repeating a million times.