Beyond cantering: 4 life lessons my daughter has learned from horseback riding 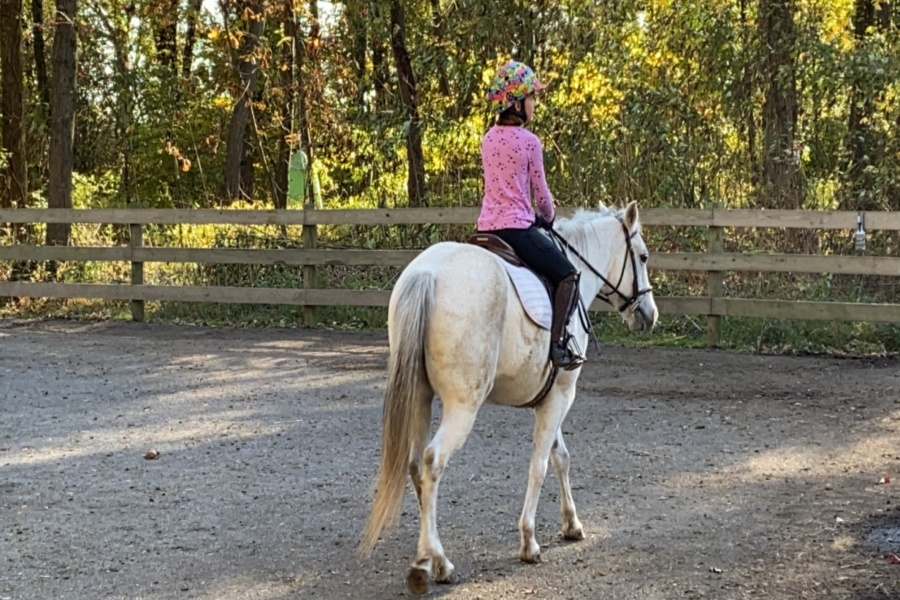 As someone who didn’t grow up around animals, I’ve learned a lot raising kids who love them, especially my youngest who is an avid horseback rider. When she first asked to take riding lessons, I thought it might be a passing phase, especially considering she had tried various sports and activities and lost interest quite quickly. 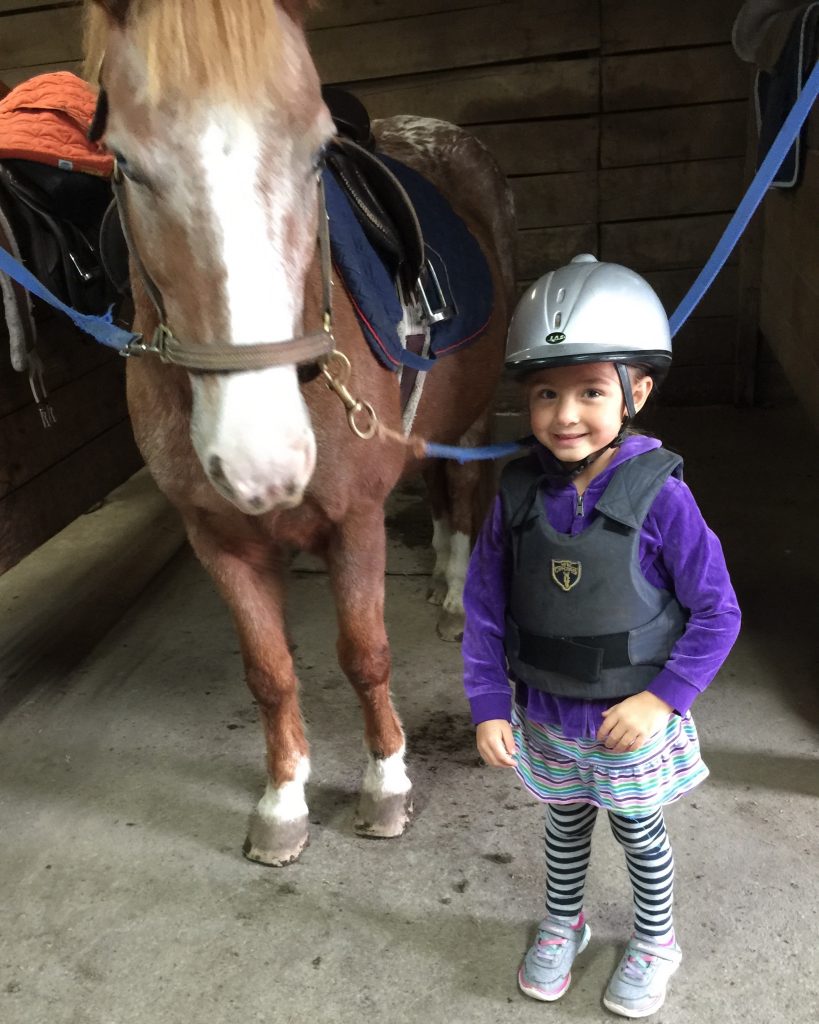 But here we are, now four years later, and she’s just as enthusiastic as she was when she started. Even better, she’s learned valuable skills, beyond what’s required for her to safely ride, that she’ll use her entire life.

There’s definitely something magical about horses for my daughter, and for so many tweens and teens, which our sponsor Star Stable Entertainment knows quite well and have brought to life, both online with the Star Stable game, which my daughter has been playing for years now, and with their popular Soul Riders book trilogy, which she recently discovered and hasn’t been able to put down!

In honor of the launch of Soul Riders: Darkness Falling, the third and final installment of the trilogy, I’m sharing the magic of my daughter’s own horseback riding journey, and the 4 life lessons she’s learned thus far. 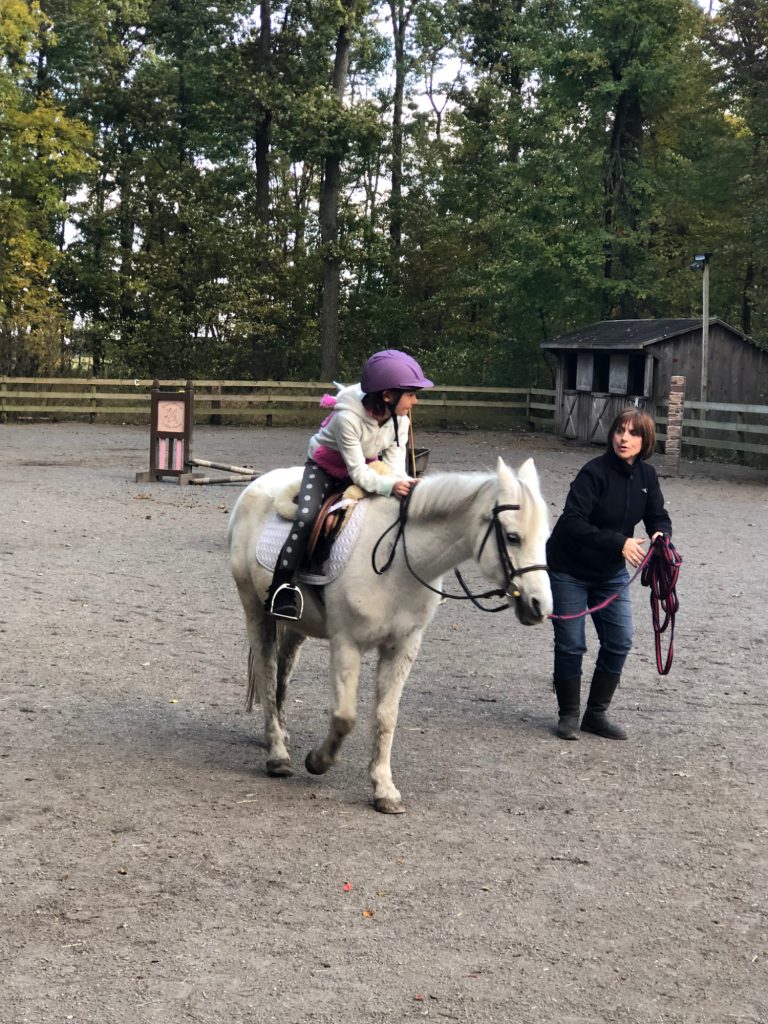 So, when’s the last time you’ve ridden a horse? If you’re like me, that’s basically never, except for the few minutes I was on one for our farm’s annual Halloween costume contest. And whoa, just sitting on it while being led on a leadline was hard enough. I can’t even imagine cantering or jumping. But the sheer will of actually getting on a horse isn’t the only way she has learned courage. There’s a lot of being able to ask for help, accepting corrections, even competing in shows that takes a lot of courage. 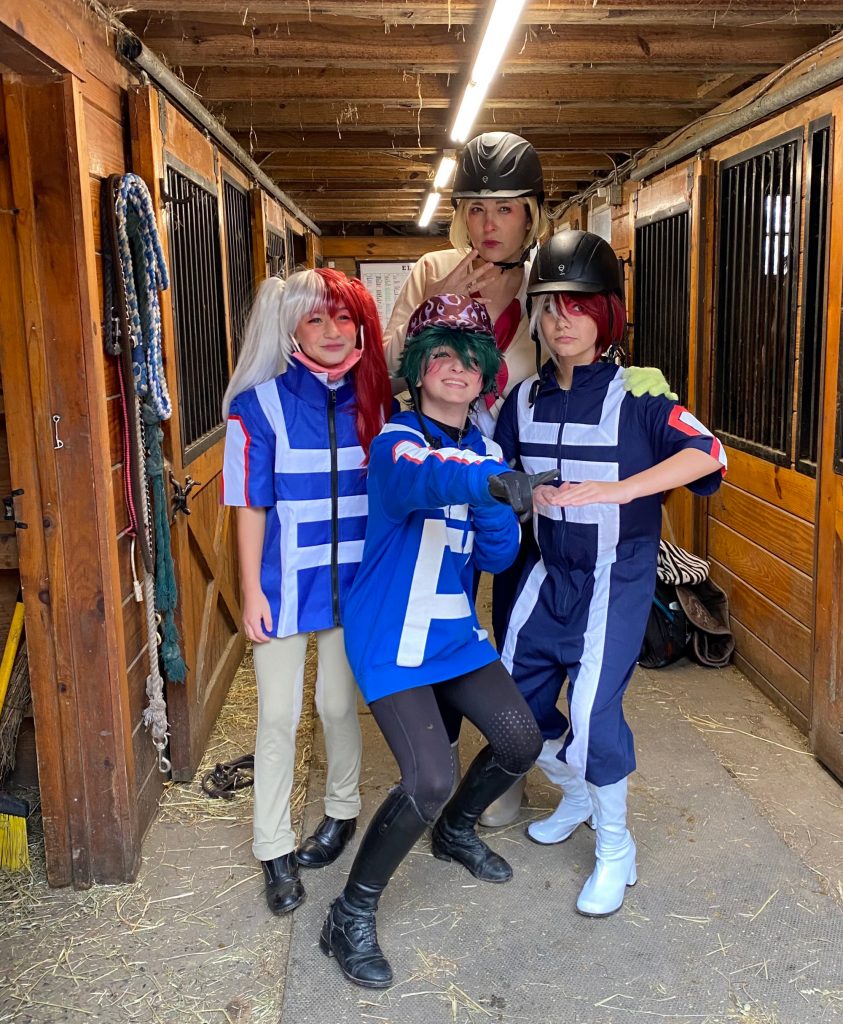 You can’t deny the bond between a horse and her rider; there needs to be a level of symbiosis for them to be able to work together. But, my daughter has forged friendships with her fellow stable-mates (both same age and with older and younger kids) that are invaluable. There’s something about being together at a barn that fosters community unlike anything I’ve seen before. My daughter has definitely found “her people.” 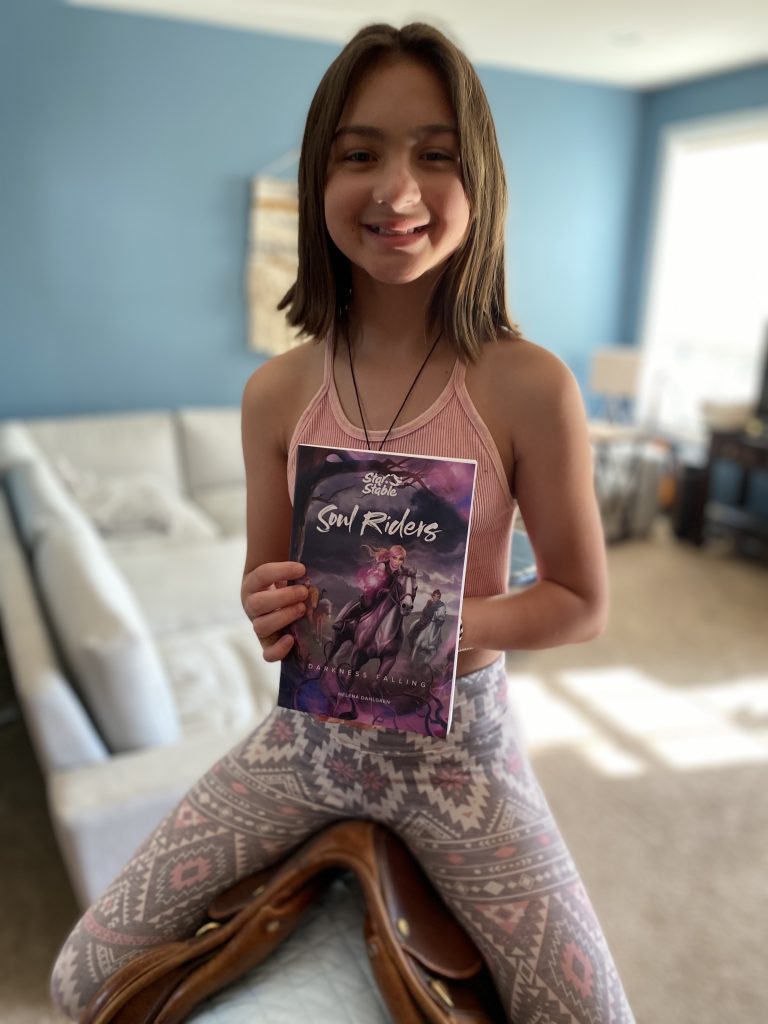 Speaking of horses and friendship, it’s no surprise that friendship is a powerful theme in the Soul Riders book trilogy, now complete with the third and final installment Soul Riders: Darkness Falling, out now.

Set on the island of Jorvik, this book trilogy follows the Soul Riders, four heroines who share a magical bond with their horses, and each other, chosen by destiny to save the world from an ancient evil.

Each book is full of excitement and adventure, along with an important message our tweens and teens really need to hear, whether they’re horseback riders like my daughter or not: you are strong, you are powerful, and you can be the hero in your own adventure.

You can purchase Soul Riders: Darkness Falling, along with the other books in the trilogy, at Amazon.com. 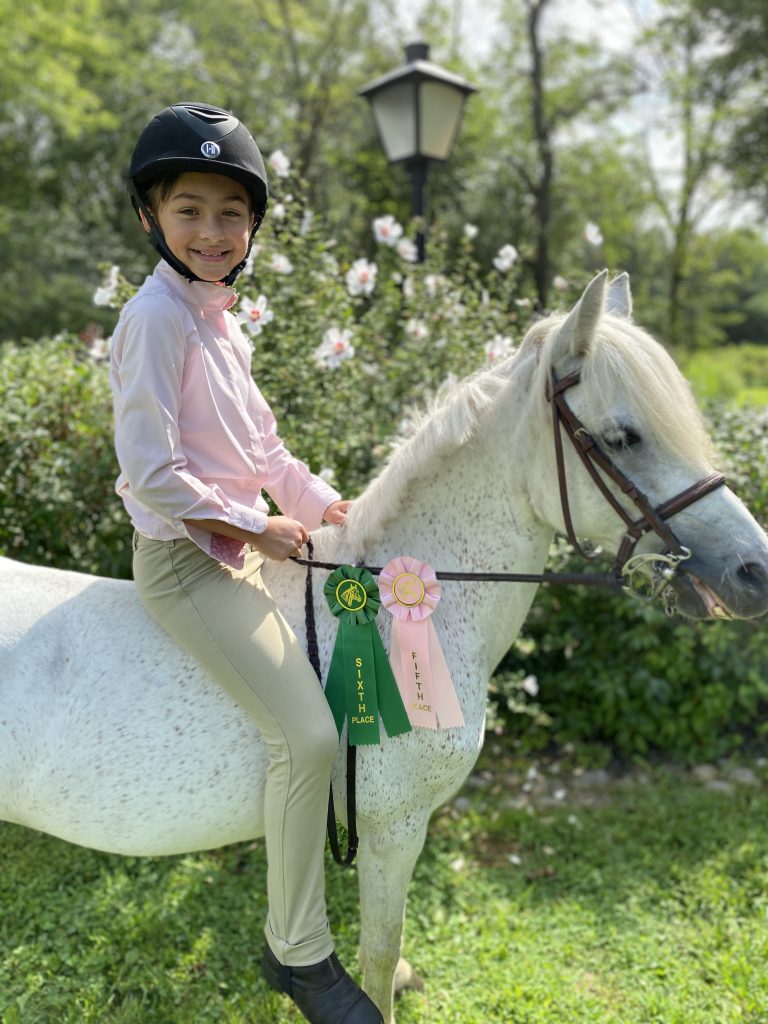 I’ve watched my daughter persevere through all sorts of difficult situations while horseback riding, whether it’s trying to get a resistant pony over a jump at a lesson or fix her diagonals at a show or doing another class even when you may not get a ribbon. And yes, there is the getting back on a horse after you’ve been bucked off. There’s a reason why people say “get back on the horse that threw you.” I’ve seen my daughter do that, literally, which is a lesson in and of itself. 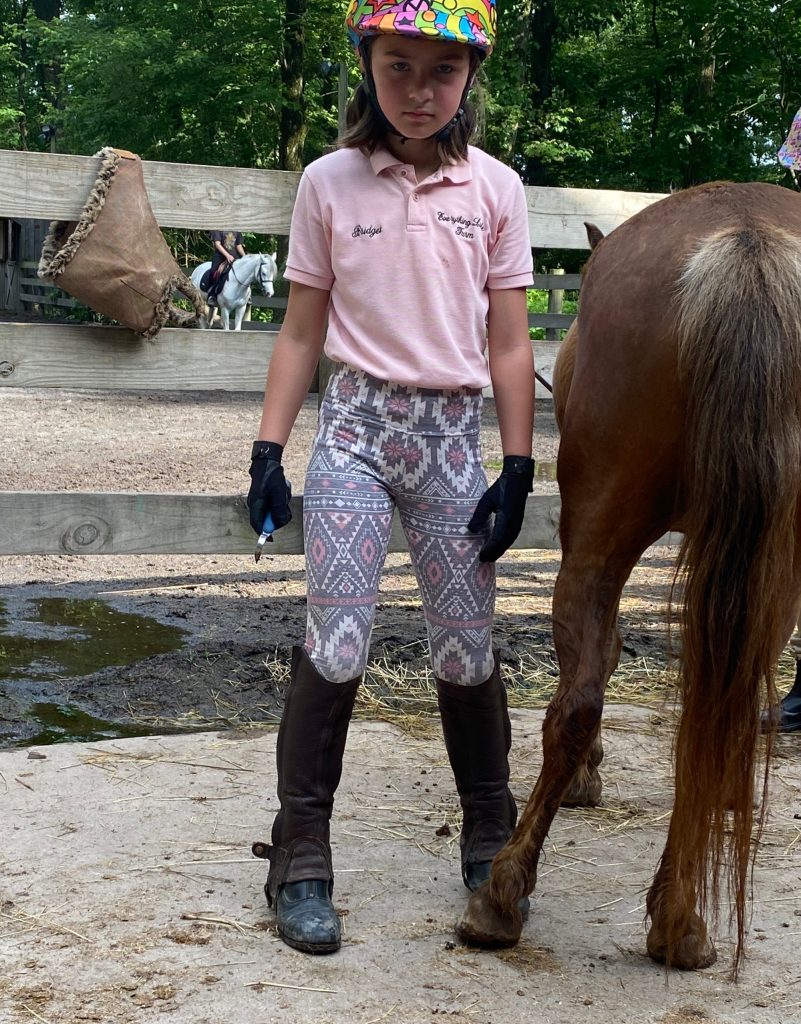 Don’t be fooled by the scowl. She actually loves picking hooves. Just not being photographed while doing it!

Silly me thought you just went to your horseback riding lesson, hopped on your pony, and went on your merry way. Little did a realize all the tasks that are involved before you can ride. From horse care to tacking, my daughter has learned so much responsibility that I’ve seen cross over to other areas of her life. Now if only I could get her to clean toilets as willingly as she cleans hooves. 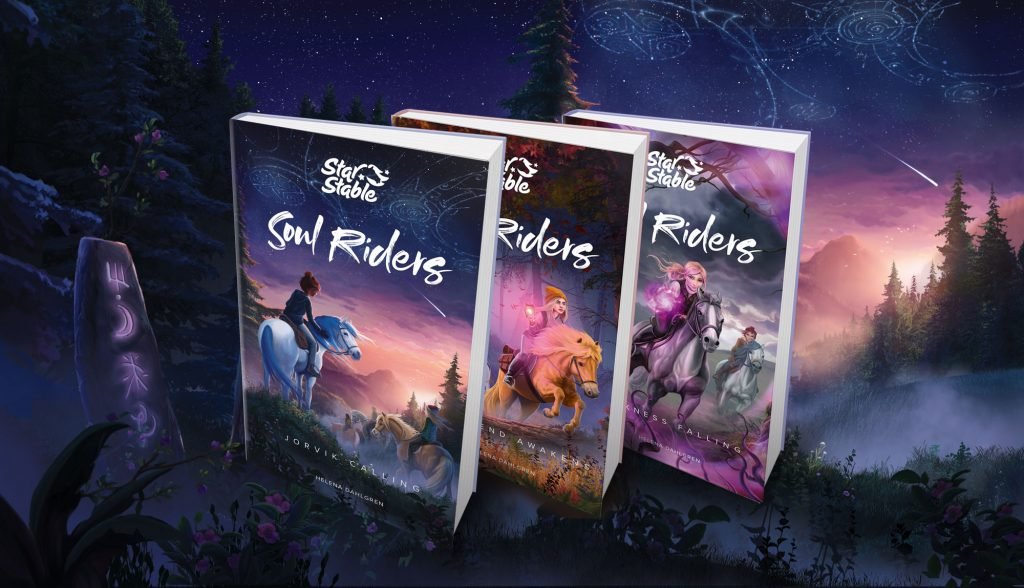 Parents! Along with the Soul Riders book trilogy, check out the series of writing masterclasses on the Star Stable YouTube channel, beginning on April 12, along with a short story competition, where one lucky winner will have their story turned into an Instagram comic by illustrator Elli Puukangas. Learn more here. Thanks again to our sponsor Star Stable, who gives all young horse lovers a chance to enjoy the magic of horses, whether they ride or not. Competition is open to those aged 13 or over. Terms and conditions apply, see their website for more details.