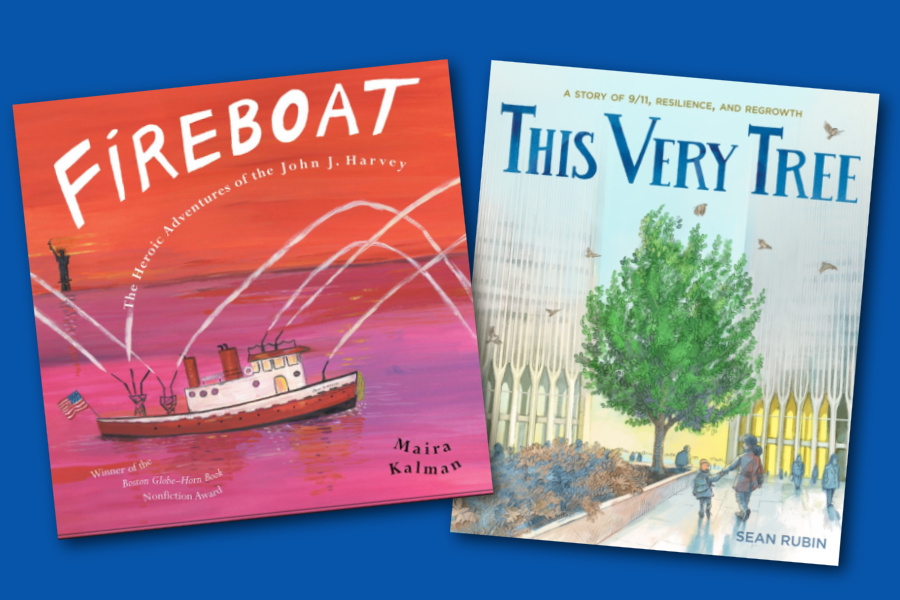 I’ve been looking for books about 9/11 for children because with the 20th anniversary of that horrific morning here this year (and it’s hard to believe that), I want to be sure my kids to really understand the importance of this day.

You may want to read Liz’s poignant essay about having a 9/11 birthday, which is extra resonant because she was living in walking distance from the Twin Towers at the time, watching them fall right in front of her own eyes from her apartment.

As for me, like many of you scattered all over the country and the world on September 11, 2001, I can still recall with crystal clarity sitting in my tiny apartment, stunned as I watched the news. Maybe because my memories are so strong, it makes it easy for me to forget that my own kids weren’t alive then. They don’t remember this day with the same shock and horror I do.

Maybe that’s a good thing, for them.

Still, I want them to have a deep appreciation for the lives lost, the heroic efforts made by first responders (and everyday citizens) in NYC that day, and how much it changed our lives. And when it comes to tough topics and historic moments and moments, that’s when I often turn toward children’s books.

These children’s books about September 11th will help share the truth of what happened, as well as some of the incredible stories of the “helpers” that day.

Related: Ideas for remembering 9/11 through volunteering

5 children’s books about 9/11 heroes and helpers 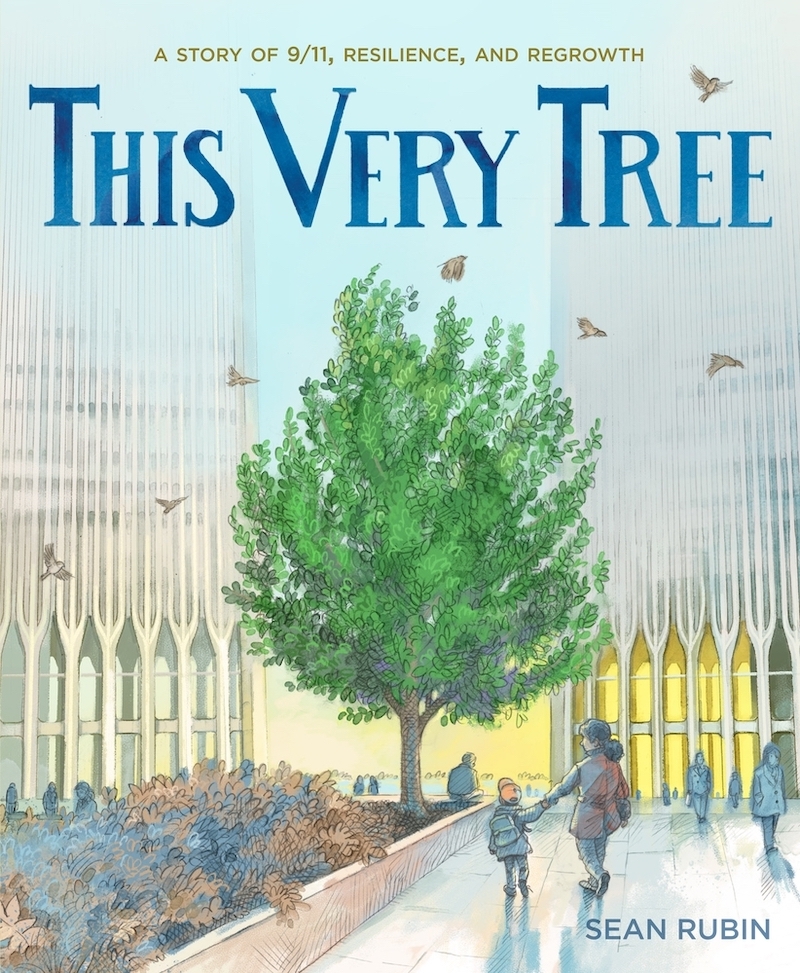 This Very Tree by Sean Rubin

This Very Tree by Sean Rubin (Amazon | Indiebound) is a children’s book about 9/11 that focuses on hero helpers in an unexpected way. Way back in the 1970s, a Callery pear tree was planted between the two towers of the World Trade Center. Years later, workers were shocked to find the tree, still alive under the rubble of the 9/11 attacks. The tree was moved to the Bronx and nursed back to health, then replanted back in its original site as a symbol of hope and recovery for New Yorkers. This is a lovely story about resilience that is a softer approach to 9/11 for kids. 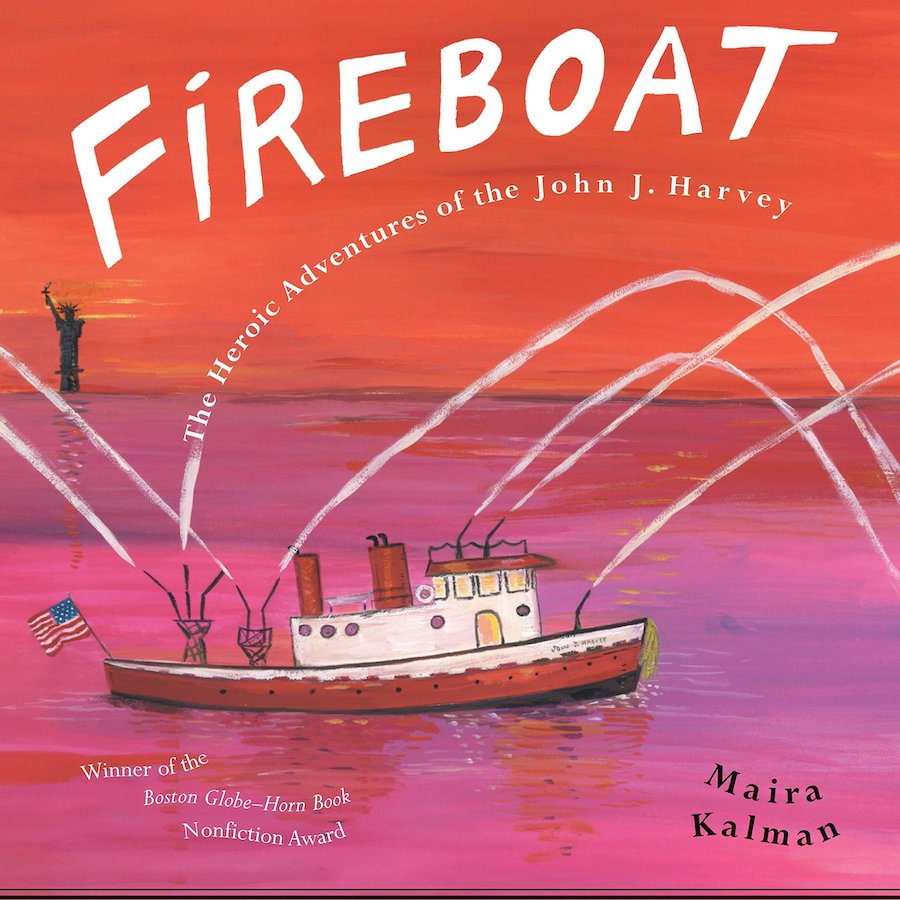 Fireboat: The Heroic Adventures of the John J. Harvey, by Maira Kalman

I’ve been a big fan of author/illustrator Maira Kalman for years, so when I realized she was the creative force behind Fireboat: The Heroic Adventures of the John J. Harvey (Amazon | Indiebound) I got extra excited about this one. It’s the story of an old, retired fireboat that was purchased by a group of friends for recreation. But when they heard the call for help on 9/11, the boat jumped back into action to help put out fires at the World Trade Center. If your child already loves books like Hardie Gramatky’s classic Little Toot, then this will be a great fit.

Related: How to talk to kids about tragedy and natural disaster: Helpful tips and resources. 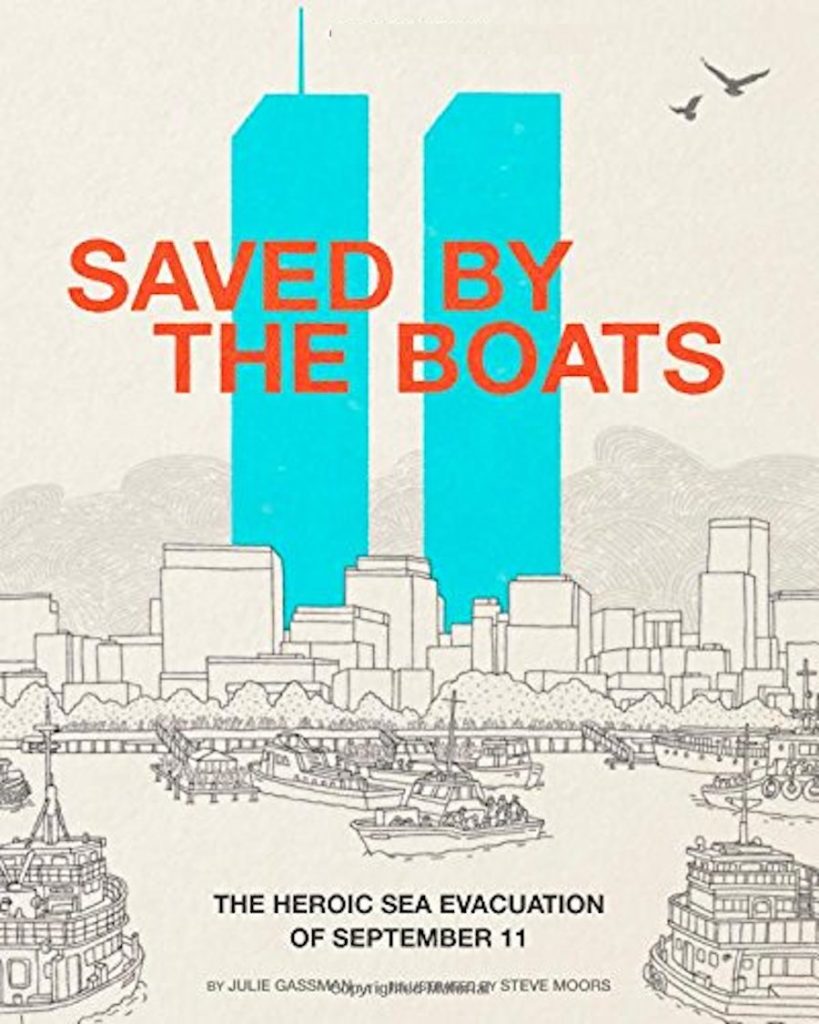 Saved by the Boats, by Julie Gassman and Steve Moors

Saved by the Boats by Julie Gassman and Steve Moors (Amazon | Indiebound) is the retelling of one of my favorite hero helper stories from 9/11—the dramatic and inspiring sea evacuation of nearly 500,000 people off the island of Manhattan by a citizen brigade of boats. This story shows hope and compassion in the face of bitter evil, and it’s an important, healing way for kids to process this day.

By the way, if you want to learn more, and you haven’t yet watched the “Boatlift” short film narrated by Tom Hanks, this is a great time to do it. (But grab the Kleenex first.) 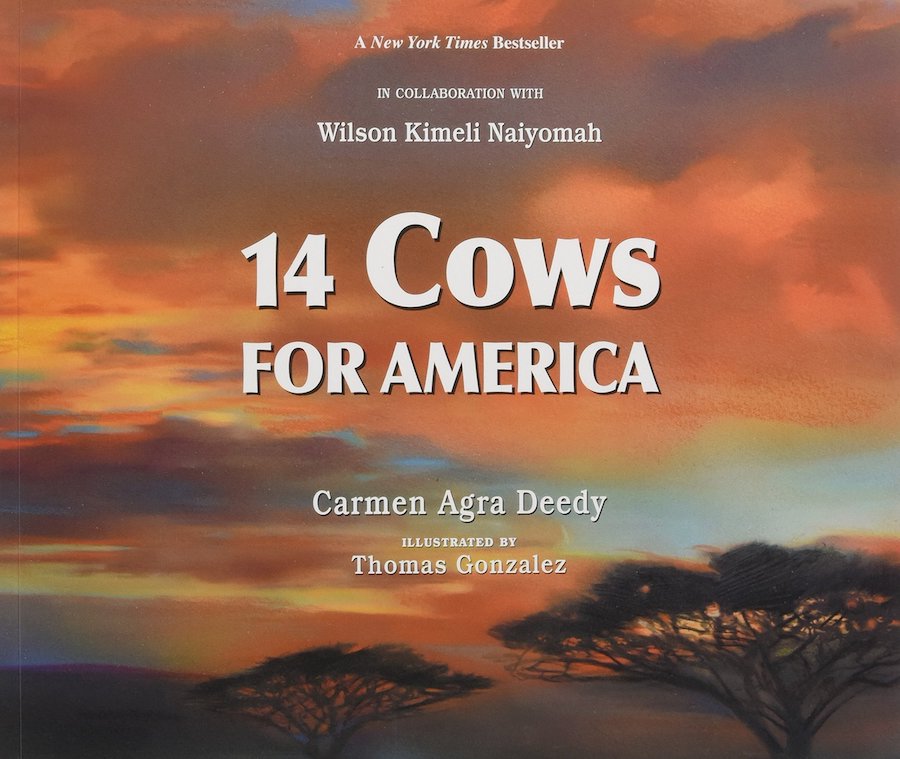 One thing New Yorkers always describe about being there on 9/11 are the unprecedented ways that so many people came together to help and support each other. 14 Cows for America by Carmen Agra Deedy and Thomas Gonzalez, with Wilson Kimeli Naiyomah (Amazon | Indiebound) celebrates that spirit, with this touching tale of a moving gift from Masaai Warriors of Western Kenya, as a symbol of friendship and rebuilding. It’s a lovely, moving story of kindness and the kind of children’s book about 9/11 that I hope delivers a message that will stay with them in a lot of ways. 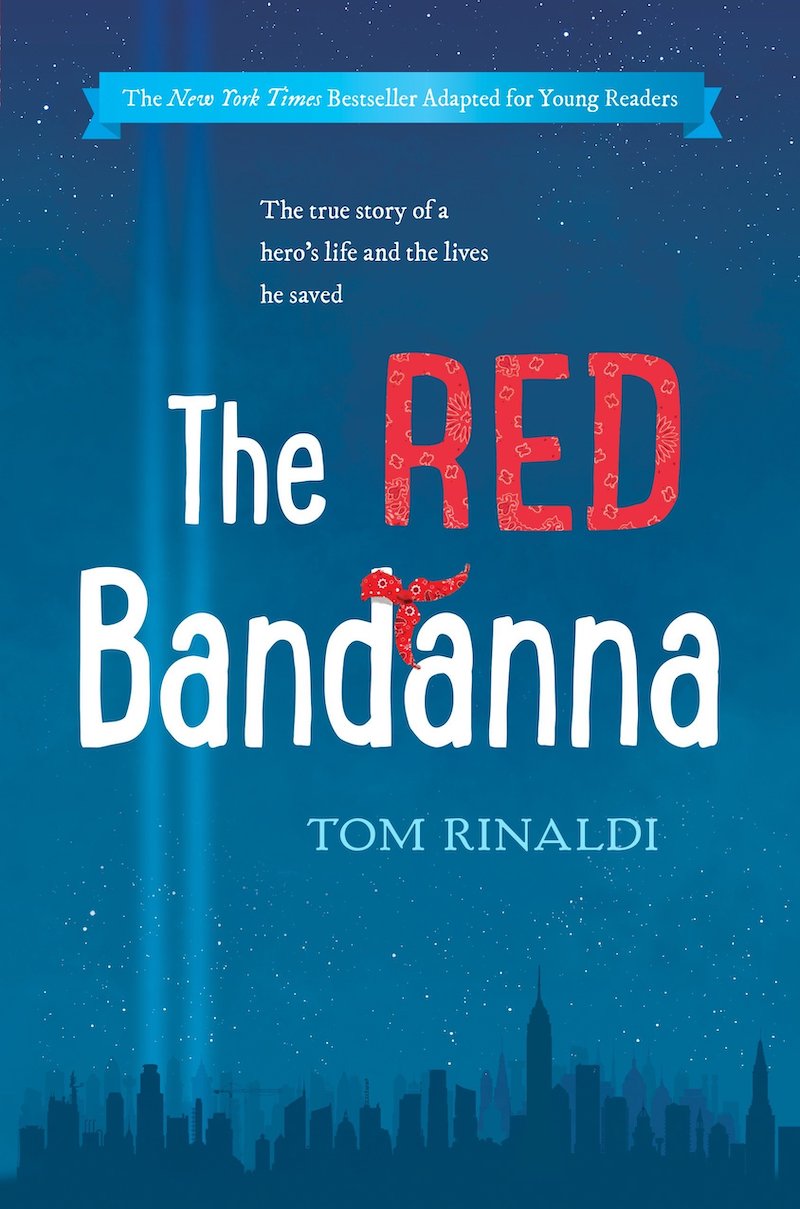 The Red Bandanna by Tom Rinaldi

For teen readers who are looking for a longer book, but one that’s still written with kids in mind, The Red Bandana by ESPN sportswriter Tom Rinaldi (Amazon | Indiebound) is a great choice. It’s the story of Wells Crowther, a young man who worked on the 104th floor in the towers. He made the heroic — and ultimately deadly —  choice to stay in the building so that he might help others escape. Later, his incredible story was pieced together by those whose lives he saved, largely because they all recalled the red bandana that he wore, which happened to be a gift from his father. Wow.