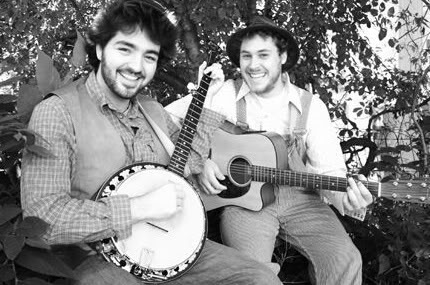 You aren’t likely to find me at a folk music festival or a bluegrass jamboree, but I’m totally taken by The Okee Dokee Brothers’ new release, Kids with Beards.

Running in heavy rotation in my head is Too Much Time in Candy Land which wisely warns, “Mike and Ike were not my friends, And Laffy Taffys weren’t so funny” (the perfect pr-trick-or-treating song if I’ve ever heard one). I have even started enjoying the one song I originally avoided at all costs:  Boogylicious. The lyrics aren’t for the faint of heart (or stomach) but you may find yourself laughing in spite of yourself.

If you like your music served up with a lot of feel-good activism, know that all the proceeds from the CD go to The Medicinal Strings Foundation, the non-profit started by the duet to get music into underserved communities, which actually led to the creation of the CD.

The Okee Dokee Brothers say that they prefer to play shows with no more than 50 children to insure that each one feels like part of the show. They should watch out though; with music as fun as this, they may soon find themselves playing to much larger crowds.