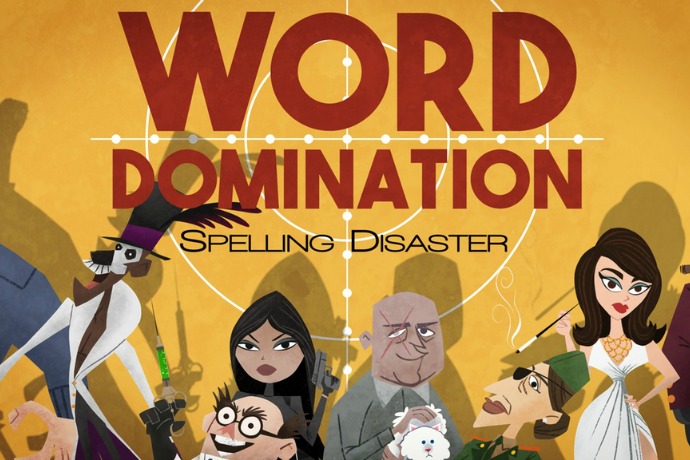 If your family is divided by the word nerds who love Scrabble and the strategists who love Monopoly, then we’ve found the family tabletop game for you. It’s called Word Domination, it’s on Kickstarter now, and it’s already winning gaming awards.

Bonus: You get to be a super villain, minus the hidden volcano lair.

Related: The 2016 board games of the year

For $30, you can be the first family on the block to collect (and steal!) priceless artifacts and use fiendish weapons from your super-mega-evil arsenal in your plot for world — and word — domination.

To play, you take on the mantle of a 1970s criminal mastermind and use shared letter tiles to spell out words, steal artifacts, collect hilarious imaginary weapons, and vie for the title of Evil Genius. Reading a few reviews from those who have played, it sounds like Word Domination is the perfect mix for those criminal masterminds 12 and up who can spell all the big words, as well as the supervillains who are only interested in smaller words but have a gift for inventiveness and strategy.

The game arrives nicely packaged for your game shelf and has hip illustrations that harken back to Get Smart and Austin Powers — although I’m not a huge fan of that vampy, half-dressed chick with a cigarette holder who looks more like a Bond girl than a supervillain.

It’s fabulous that the Kickstarter has already been fully funded and the stretch goals are being unlocked, so if you fund now, you know you’ll get your chance to hold Mr. Bigglesworth and laugh that crazy bad guy laugh. Muahaha!

You can back the Word Domination Kickstarter now. Just about 20 days left before… it blows up? Or, funds.