She Persisted: Chelsea Clinton’s new children’s book becomes a best-seller in one day. 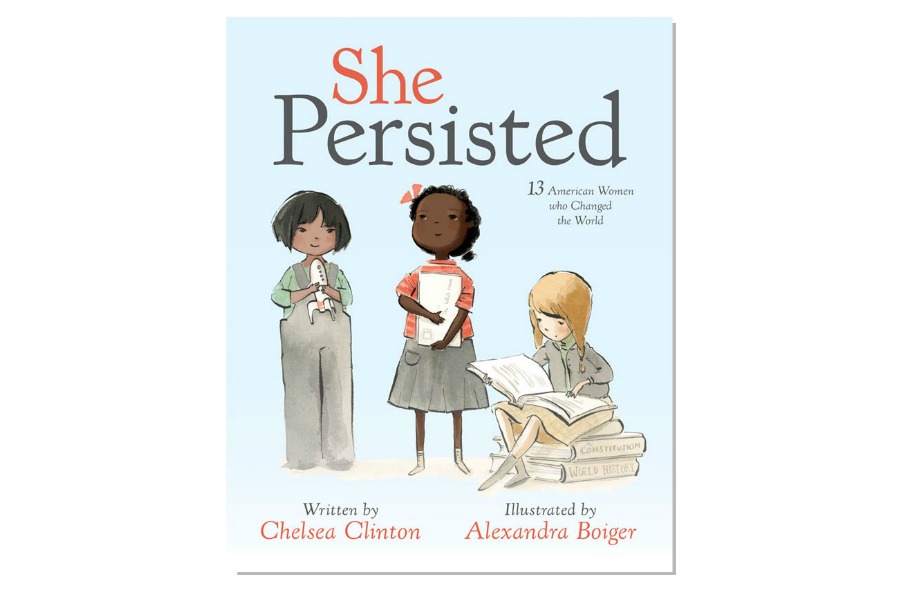 It’s no surprise that She Persisted is now the title of an upcoming book about history-making American women. What’s more interesting though, is that it’s a book written for children, by none other than Chelsea Clinton.

The phrase has certainly blown up over the past month, becoming a deeply personal mantra for women.

It began back in February when the statement was first uttered — not as a compliment, but as as a scolding of Senator Elizabeth Warren after she was silenced in an attempt to read a letter from Coretta Scott King on the Senate floor during a hearing.

Since then, I’ve seen those words on more than a few still-healing tattoos. It’s all over Etsy on shirts and plaques and coffee mugs. It graces my own iPhone with a homemade screensaver. And in a few months, those words will be on my children’s bookshelf.

As reported to Entertainment Weekly just yesterday, She Persisted will share the stories of 13 historic American women who overcame remarkable odds in their lives and…well, persisted.

Although my own kids are just beyond the recommended 4-8 age range, I still know would look forward to the stories about historic women as diverse as Harriet Tubman, Nellie Bly, Hellen Keller, and Ruby Bridges, as well as more contemporary figures like Sally Ride, Florence Griffith Joyner, and Sonia Sotomayor.

Even Oprah makes an appearance.

And the illustrations from the prolific Alexandra Boiger look just exquisite.

Chelsea has proven herself to be truly committed to inspiring the next generation of girls. She’s already the author of the outstanding book, It’s Your World: Get Informed, Get Inspired, and Get Going! which happened to be one of the most popular gifts with our readers, from our entire 2016 Holiday Gift Gift Guide.

And of course, the author has quite a bit of authority herself to write about women who keep on keeping on.

I can’t even imagine what it’s like being a part of that tiny club that includes Amy Carter, Barbara Bush, Jenna Bush-Hager, and most recently, Sasha and Malia Obama — all girls who came of age in the White House, grappling with their adolescence and the difficult transition to womanhood all under the unwavering scrutiny of the entire world.

Seeing as how each of those women are now doing fantastic things with their lives (or, are headed that direction, in the case of the Obama girls), it provides remarkable evidence that painful obstacles in one’s early life can create strength; involved parents can provide essential guidance;  and persistence indeed can pay off.

In fact, as Chelsea elaborated when she spoke to EW, “With this book, I want to send a message to young readers around the country — and the world — that persistence is power.”

Find Chelsea Clinton and Alexandra Boiger’s children’s book, She Persisted: 13 American Women Who Changed the World, at our affiliate Amazon where it’s already a bestseller! It’s on presale now for a slated May 30 release date. Or, find it at your local independent bookseller — maybe even one owned by a persistent woman.