The Princess Who Rocks 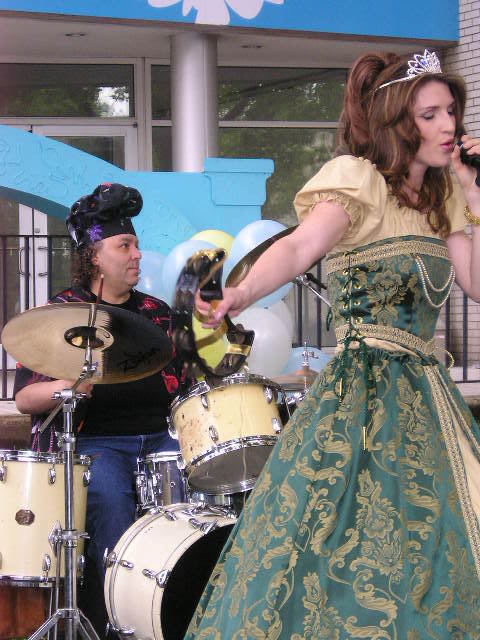 Not being a big fan of today’s little girl "princess culture", I was skeptical about a new kids’ album by a group called Princess Katie and Racer Steve. But Songs for the Coolest Kids turned out to be an exciting new find for me.
The title characters are actually wife and husband team Katie O’Sullivan and Steve Borne, who, after years of in-demand bookings at children’s hospitals dressed as characters like Spongebob and Spiderman, finally created their own alter-egos. Princess Katie in fact was inspired by the singer’s admiration of Princess Diana, and if you’ve got to pick a princess to emulate I’d say that’s a pretty good one.
Katie sounds like a happier, more energetic Nathalie Merchant, and the alternapop-rock sound will hook you right away. Backed by a tight rhythm section, the small but mighty quartet pumps out 11 songs that are full of witty lyrics about respect, honesty, managing feelings and dealing with bullies. But just because the messages are positive (and parent-approved) does’t mean they’re preachy or patronizing. Take for example, this from "Worrying is Boring": What a waste of time when there’s so much more to do. You can hear this and other samples here if you want to try before you buy.
The songs are interspersed with a few skits–not something I normally enjoy–but these are funny, seamless, and (perhaps most importantly) brief. With the exception of the final track which is actually my son’s favorite part of the entire album.
That’s right – my son likes an album with a princess on the cover. Now that’s saying something. –Amy
Tags: kids' music that's actually good