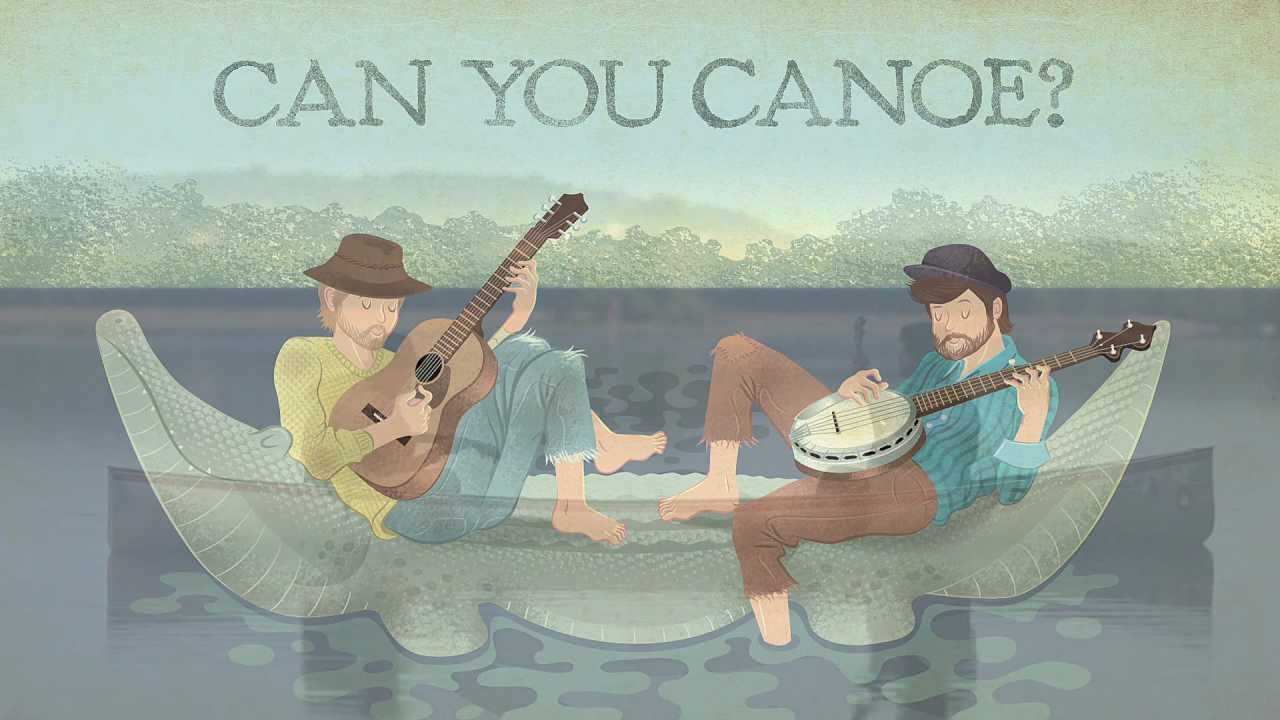 When I wrote about the first Okee Dokee Brothers CD back in ’08, I called them “equal parts hillbilly, seven-year-old boy and your favorite teacher”…heavy on the 7 year old boy.

Now on their third release, it’s as if the two jokers with the goofy sense of humor have grown up a bit as they recount their month spent on the Mississippi with some mighty fine music and plenty of good times. Here’s one you’ll definitely want before you head out this summer.

Kicking off with the title song, Can You Canoe? is one long love letter to the great outdoors. Banjos, fiddles, tuba and even some pots and pans accompany Joe and Justin’s new-folk style which always sound fresh, even when covering traditional tunes like Haul Away Joe.

One of things I like most about Can You Canoe? are the lyrics which are never dumbed down for kids, even when the sound is light. Mr. and Mrs. Sippy is a clever play on words and will have your toddlers proudly spelling Mississippi frontwards and backwards. Rosita has a latin beat and hilarious lyrics about all campers’ most hated insect.

And then there are more thoughtful songs that bring everything right back to the wonders of the outside world and its place in our sometimes overly-techy lives. The Bullfrog Opera compares a night around the campfire to a night out in New York City brilliantly. And one of my favorites, Thousand Star Hotel, grows in sound as if the entire night sky is opening up before our eyes. Seriously gets me all misty-eyed each time, much to the eye-rolling of my kids.

This CD is also one big party and throughout these two guys exude a warmth and spirit of fun that has my kids begging me to float them down a river in a canoe. Don’t think I haven’t thought of this on some days.

The included DVD is a treat for both your eyes and ears. We thoroughly enjoyed watching footage of Joe and Justin playing music from the CD, goofing around in their canoe, and showing off some beautiful footage of their trip. And, man, can they put away marshmallows.

Grab a copy of The Okee Dokee Brothers’ Can You Canoe? from their website or from Amazon.