Add some mad, merry scientists to your Christmas tree 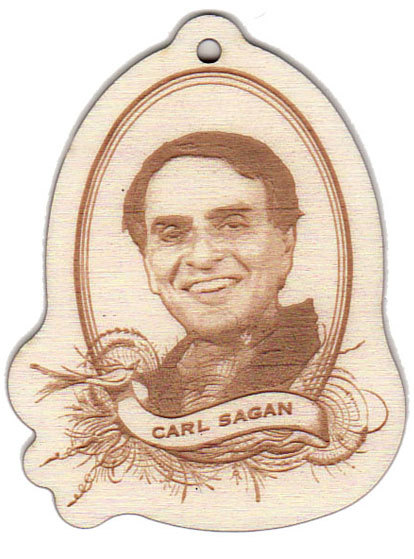 My kids are finally at the age where I can outsource most of the tree decorating duties to them and still be pretty darn pleased with the results. It’s true: I haven’t tweaked a single strand of lights or rearranged the glass balls. But I just discovered that my tree is missing something: these super cool scientist ornaments.

Brooklyn-based Eavesmade creates laser cut wood ornaments featuring scientists whose specialties range from astronomy and ecology to chemistry and engineering. I was thrilled to see old school greats like Galileo, Copernicus, and Tesla on the list, along with accomplished female scientists like Marie Curie, Jane Goodall, and first woman in space, Valentina Tereshkova.

Each ornament is $9, or if, like me, you can’t pick a favorite, get a set of 10 for $85. You can even stick with just the women of science ornaments, should that work for a future female scientist.

Psst…they’ve even got Ada Lovelace.

While of course the ornaments would look great on a tree (and today it’s a wee bit late for ordering) I can also see them strung on a wreath or along garland too, or as a simple wall hanging near a science lover’s desk all year long. And maybe it’s just my geeky sense of humor, but I’d get a big kick out seeing of Isaac Newton suspended in air with nothing. Get it?