RXActive resistance activewear: Could these pants mean less time at the gym and more calories burned? 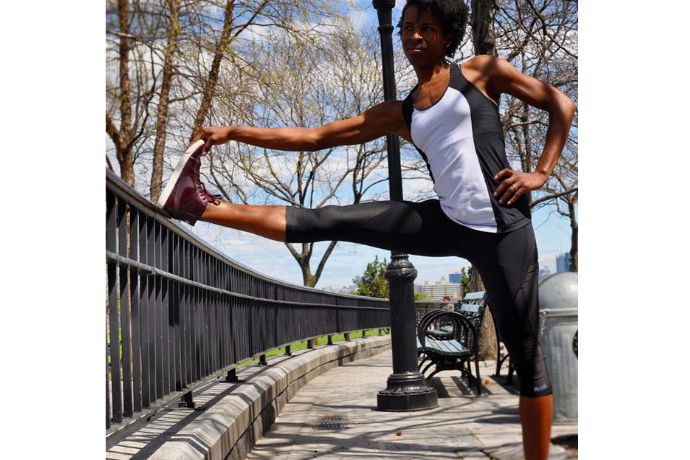 The summer crunch has been tough on my workout routine, which basically means there has been no workout routine. Sigh. But with fall around the corner and my kids back in school, I’ve got my eye on the gym, though I still don’t want to spend half my morning there. That’s why I was pretty intrigued to try out the RXActive resistance activewear, which are supposed to help you burn up to 14% more calories during your workouts.

These magical pants, as I’m calling them, are actually the brainchild of a team of New York University medical students, doctors, fashion designers, and even an Olympic medalist, so you know they’re onto something here. The pants feature build-in resistance to help you burn more calories and activate key muscle groups when you wear them, which could perhaps get you the same exercise results with less time working out.

Pretty smart idea if they actually do what they say; which they do, at least according to all the company’s testing.

When I wore the sample pair they sent me,  I could definitely feel the resistance, particularly around my butt and over my thighs. And while I didn’t actually wear them to work out — just chase after four kids and walk miles through the streets of New York City — I will say it did feel like I got a little workout, even without actually working out. So I can only imagine how it might be if I was on the treadmill or in a spin class.

Keep in mind, they’re not the most stylish of pants, my friends, as Liz noted when I wore them for our recent SPAWNED podcast recording. Not that they’re bad looking at all; it’s just that they are designed to be worn in the gym and not necessarily out to lunch in Manhattan. Or, to record a podcast. Ha. I definitely needed a tunic or long top to cover my lower region (ahem), unlike the models.

And whoa, they definitely take a while to get on and off. Because…they’re resistant.

Probably no surprise, they’re super tight, and I can’t imagine wearing them for long periods of time. They aren’t exactly uncomfortable, but you definitely feel like you’re wearing a tight pair of pants with extra large elastic bands in them. And if you’re pear-shaped or wider in the hip area, I’m not even sure if you could get them on. I am a probably on the smaller large size, and the large just barely fit me.

It would be great if they offered more sizes for those of us who aren’t already super fit.

Bottom Line: If you’re already spending a fair amount on exercise pants (hello, Lululemon fans), why not buy a pair that might actually help you get more done in a shorter period of time? Definitely worth a try, I would say. And I’m not alone considering they’ve already blown up their Indiegogo fundraising goal on the very first day. If you’re interested, get in on these while you can!

You can support the RXActive resistance activewear campaign on Indiegogo and get a pair of these magical pants for yourself. Thanks to the company for sending me a pair to try.