Sponsored Message from Hulu: 4 hot series to catch up on after the kids are in bed 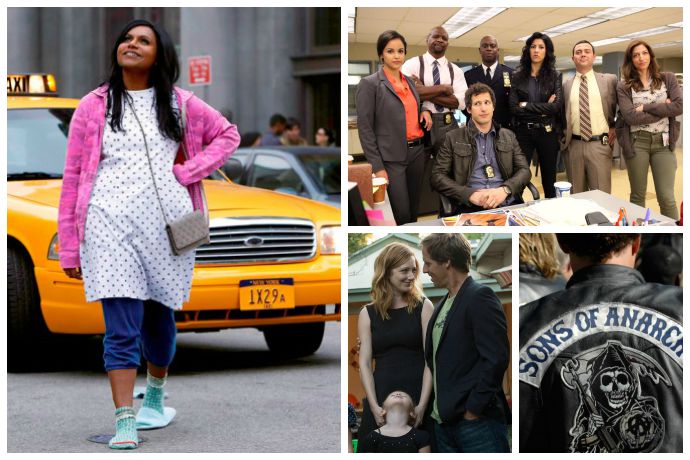 Welcome back to fall, parents! If you’re like us, this is the time of year you start diving back into the series you missed over the summer — and realize just how many you’ve always meant to start watching but never did. Well thanks to the genius of streaming video, and in particular our sponsor Hulu, you can do just that!

Whether you feel like the only person in your group of friends who hasn’t seen a popular show or you can just use a break from all the intense dramas with a little light comedy — or vice versa — here are four hot series currently streaming on Hulu that you can schedule into your late nights and weekends.

For when you need a night home with the girls. Or just one: The Mindy Project

Mindy Kaling is That Girl for our generation, and so is her alter-ego, Mindy Lahiri who you will want to be your best friend. There’s a reason Hulu picked up the uber popular series for a fourth season, but if you haven’t watched the first three seasons yet, this is the time.  Settle in for the comedic genius that is Mindy Kaling, all wrapped up in a charming, witty romantic comedy that’s so quotable, you’ll find yourself watching it and thinking, oh, so THAT’S where that line came from!  Plus, wow, so many awesome cameos from pretty much anyone who’s anyone in comedy.

For when you just need to laugh: Brooklyn Nine-Nine

Rough day? This series has you covered. It’s action, it’s comedy, and it’s Andy Samberg in his Golden Globe-winning role as Detective Jake Peralta, along with a remarkable ensemble cast. Season 3 just started airing, and once you start watching, we bet you’ll catch up on the first two pretty fast. It’s just that funny. In fact, you probably haven’t laughed this hard at a cop show since Cop Rock.

For when you need a reminder that maybe your relationship is pretty good after all: Married

We’ve come a long way from a time when Married with Children was considered edgy family comedy. Now there’s the relatively new Married, a hilarious, very irreverent half-hour comedy series starring the wonderful pairing of Nat Faxon and Judy Greer, a couple who are “miserably in love.”  It’s also fun catching co-stars and and recurring cameos from the likes of John Hodgman, Brett Gelman, and Paul Reiser. You’ll laugh, you’ll cry, you’ll make sure the kids are in their rooms with the doors tightly shut before you turn it on.

For when the kids are very very very asleep: Sons of Anarchy

An outlaw motorcycle club, rival gangs, drug addiction, illegal arms sales…yeah, this isn’t one for the preschoolers. But if you like seriously dark dramas, and you need a break from the kiddie fare you watched earlier in the evening with the whole family, this is one huge way to reclaim your rightful place as an grownup who gets to watch grownup TV shows. The cult favorite series just ended after seven successful seasons, so you can take your time working your way through them from the beginning. Need one more reason to start watching: Katey Sagal. There you go.

This post is brought to you by Hulu. Sit back and catch up on all your favorite shows on Hulu.com, whether you’re with the kids or not.