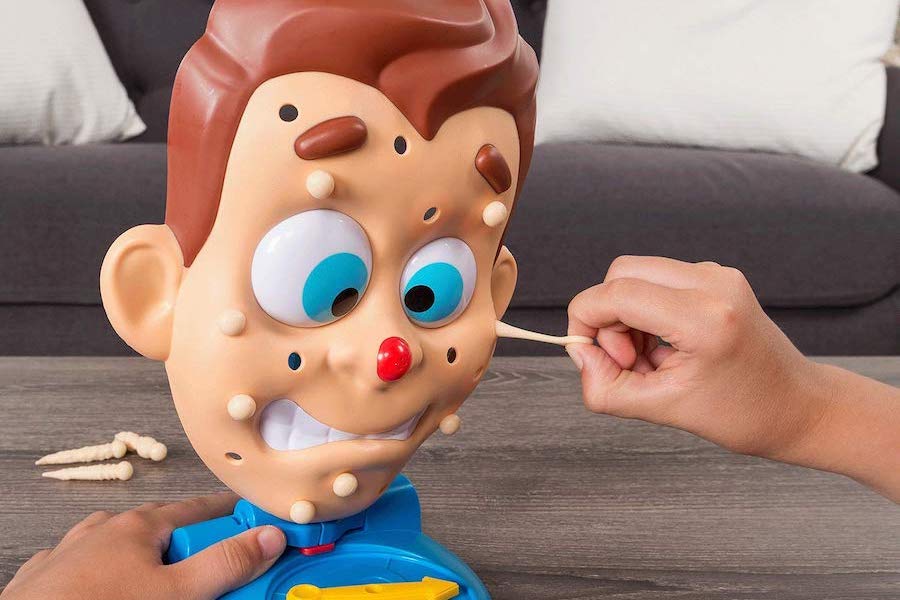 “Gross” is really having its moment. Last year we saw the pimple popping game as an alternative to fidget spinners, and I have to admit, it made me gag. Now, we’re seeing a new trend in kids’ toys: gross family games. They are seriously ew.

But hey, if your family thinks gross is more funny than disgusting, then these gross family games should be right up your alley. If nothing else, they’ll make your family game night a whole lot more interesting.

Related: 7 great new family board games that take 30 minutes or less to play 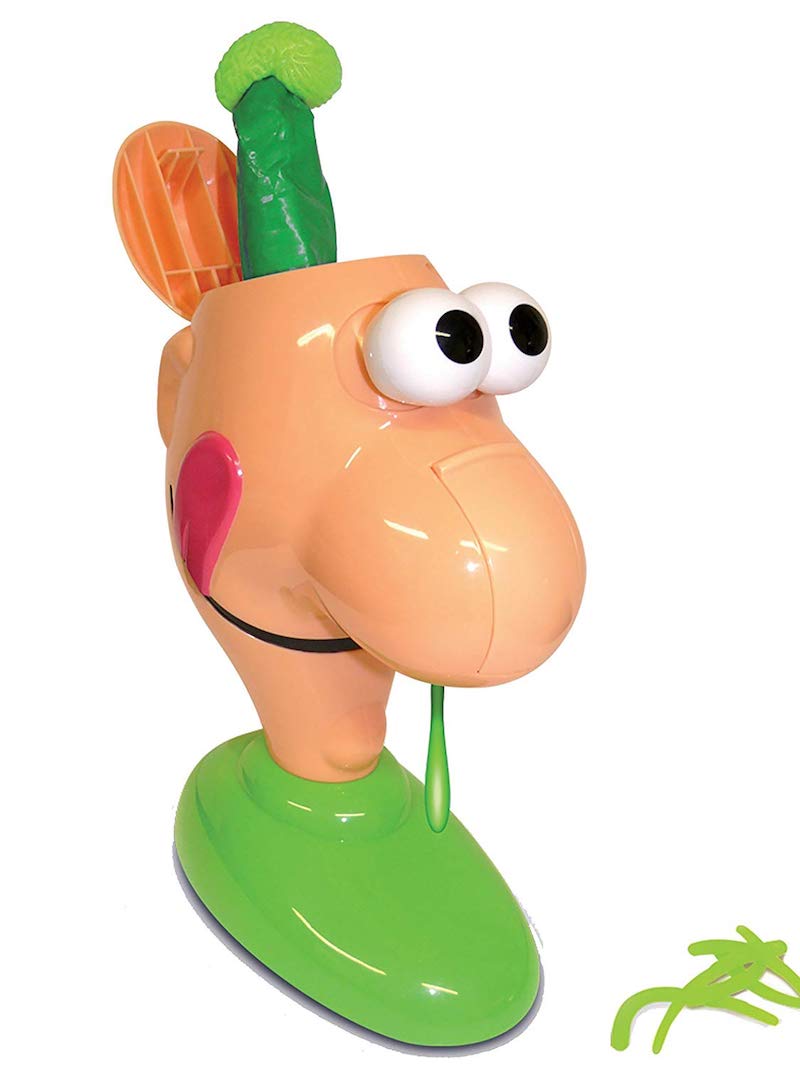 Gooey Louie is full of dripping, stretchy boogers. You take turns pulling them out, trying to make sure you don’t pull the one that flips his head open and his brains pop open. OMG. So gross. But we can totally imagine our kids giggling like crazy over this one. 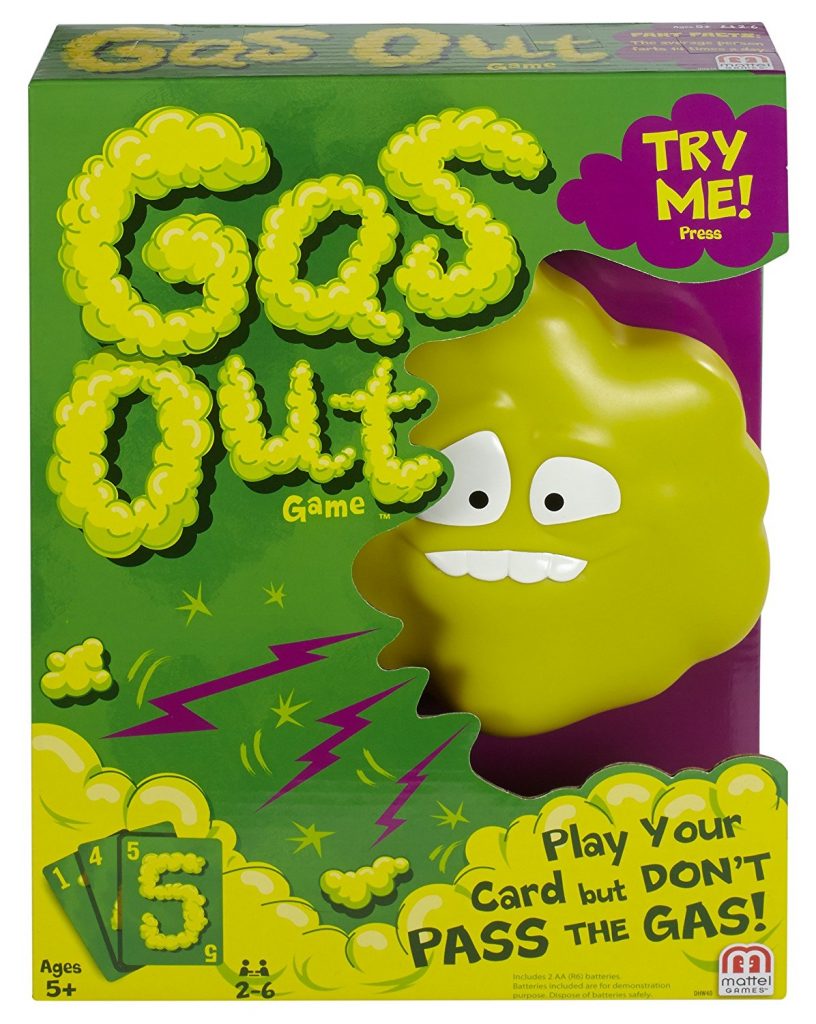 Mattel’s Gas Out has been hugely popular this year with the “farts are funny” set. (That would be kids and uh, a lot of dads.) The idea is kind of like Hot Potato or The Wonder Ball — you take turns playing cards then press the electronic Guster the Gas Cloud the number of times indicated. The object is for Guster not to fart during your own turn. The website talks about ways to “keep the play tooting along” so feel free to use that. 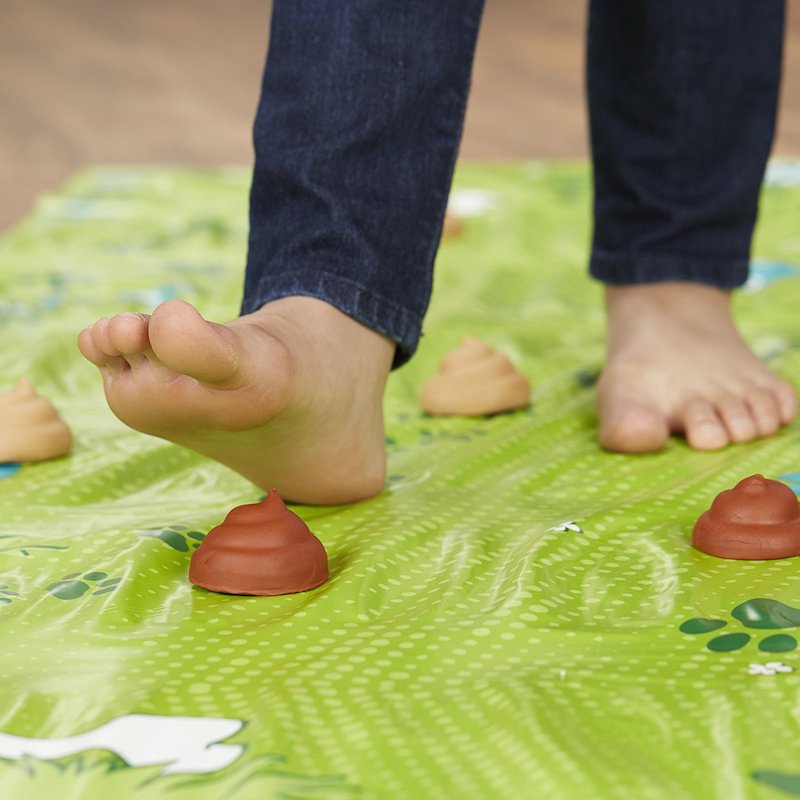 When you play Don’t Step in It, you need to clear out some space because you’re each blindfolded and take turns walking down the mat, trying to avoid the poop. And those poop piles are a compound similar to Play-Doh that you mold, so yes — when you step on it it actually squishes between your toes. Yuck. 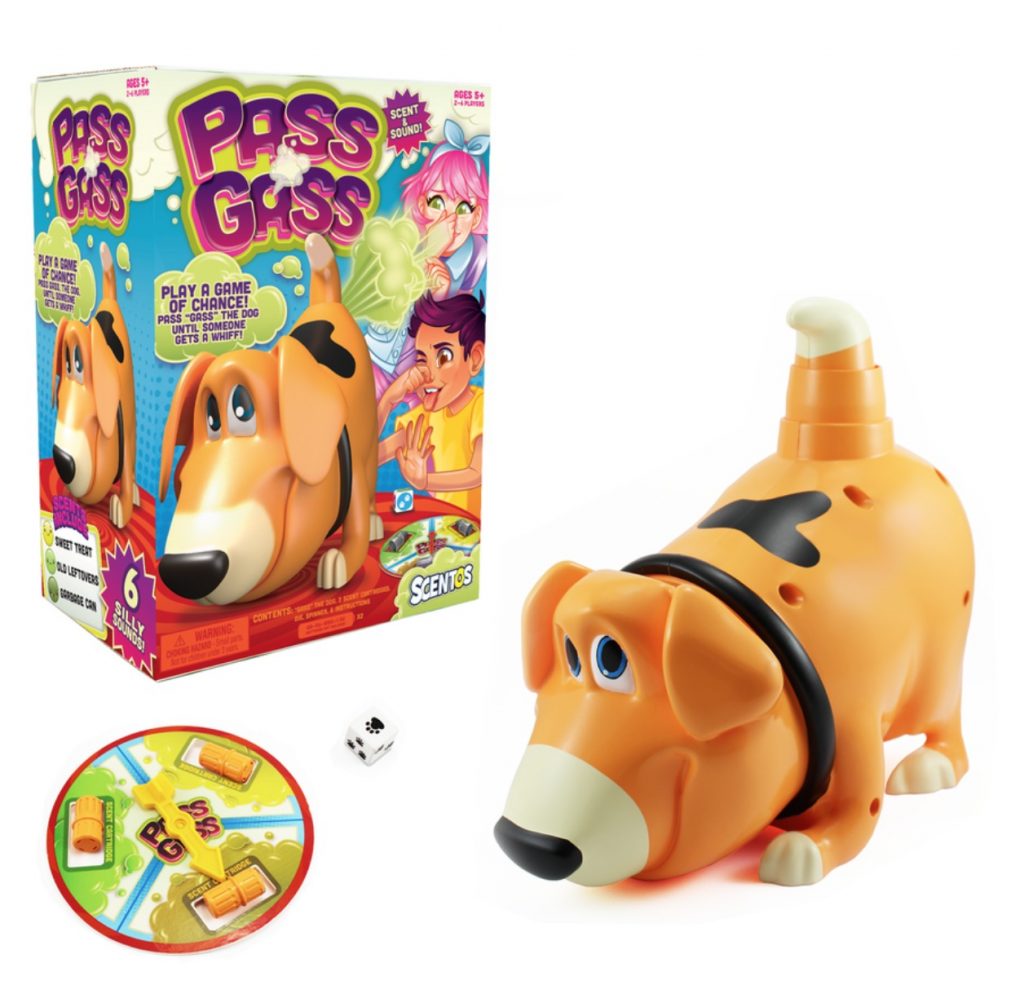 Liz tried Pass Gass by Scentos, A.K.A. “the farting dog game,” at Toy Fair earlier this year, and her Instagram Live reaction was priceless. It’s kind of like the scented version of Beanboozled — you spin the wheel to see which cartridge you insert and roll a die to learn how many times you must pump the dogs tail. If you’re unlucky, that final pump will blast a bunch of his gas right toward you. Yay. 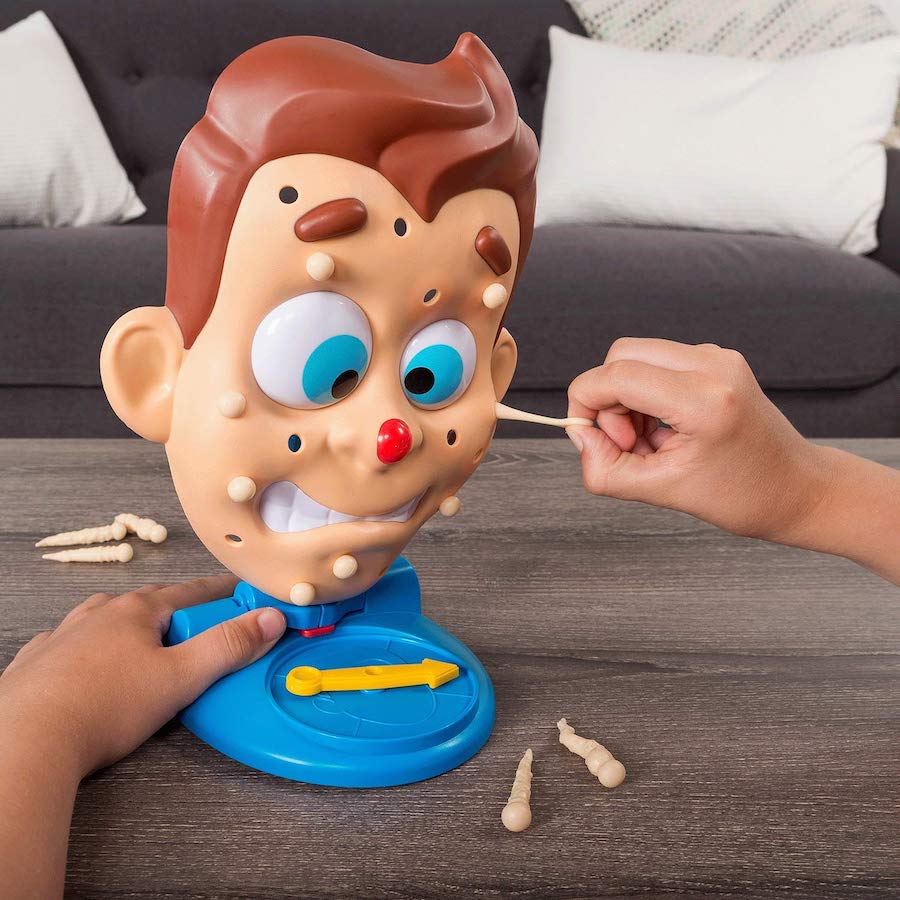 If you can’t not watch Dr. Pimple Popper on TV (look away!) then you might like Pimple Pete. It’s created by the same people behind the show, and you take turns pulling out the pimples. Gag. If you burst the mega zit, liquid spews from the nose — and you lose. 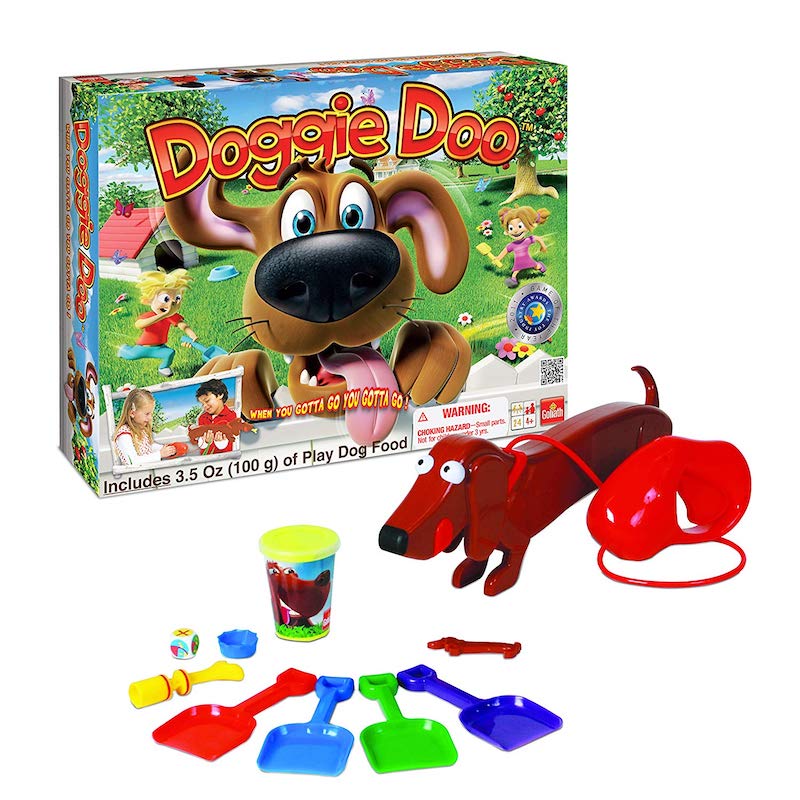 In Doggie Doo, you feed the dog, it makes a gassy sound as the food goes through him, then he poops. First person to clean up three poops wins. It teaches kids responsibility, maybe? 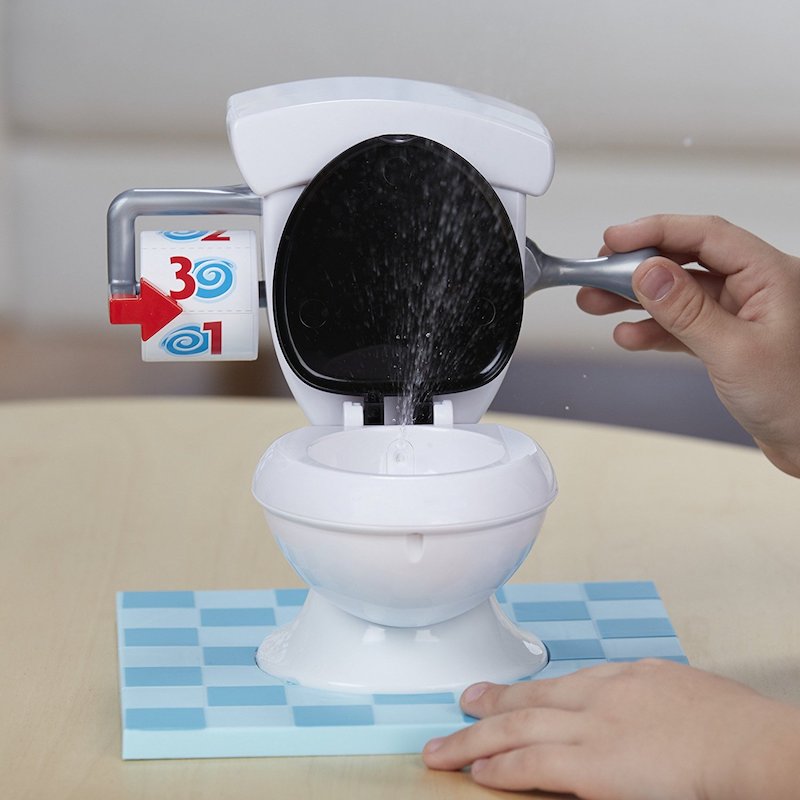 If you’ve enjoyed Pie Face, then Toilet Trouble is your gross game alternative. Take turns flushing the toilet, and hope you’re not the one the toilet spews all over. Just, ew.