Disneynature EARTH is out of this world 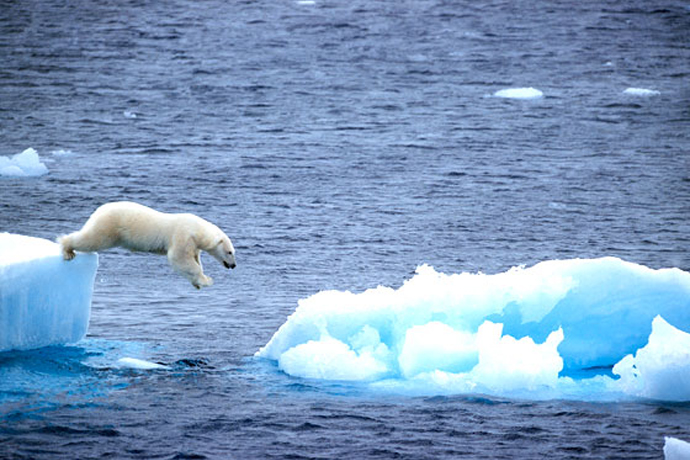 My kids expected another silly cartoon as we settled in to watch Disneynature: EARTH on DVD, but their quiet focus told me that, even without talking zebras, the night’s selection had been a hit.

We had skipped EARTH when it first appeared in the movie theaters back in April because we already own the 5-DVD collection of BBC’s Planet Earth, whose remarkable footage was shot at the same time. I assumed that my kids would be bored. But it turns out that Disney does a great job of editing the footage down to a manageable 90 minutes, and weaving it into such a compelling storyline about three animal families that the kids didn’t mind if they’d seen a few scenes before.

There are plenty of LOL moments in EARTH (the baby birds jumping out of the tree is priceless) and jaw-dropping shots that make you wonder how in the world did they get that shot? But there are other, more dramatic scenes–think a wolf stalking a caribou–which will have the kids quietly asking, “what happens next?” Those scenes are intense, not gruesome, but there’s nothing Disnefied about them. If you are a softie like me, you’ll find yourself wiping away tears more than once.

Those few moments of sadness, however, are small payment for such a visually stunning experience and incredible introduction to the way our ecology works. Just ask my kids.

Disneynature: EARTH is now available on Blu-ray + DVD at our affiliate Amazon.

Christina Refford is a longtime CMP contributor based in MA, and a cool mom of 3 teens who all eat entirely different foods, yay. She loves homeschooling, running, social media, cooking, decluttering, family travel and coffee. Not at all in that order.
Bio
Twitter
Instagram

It’s really not hard to condemn bigotry and raci