Laurie Berkner puts out a “Best of” album and car trips get that much easier. 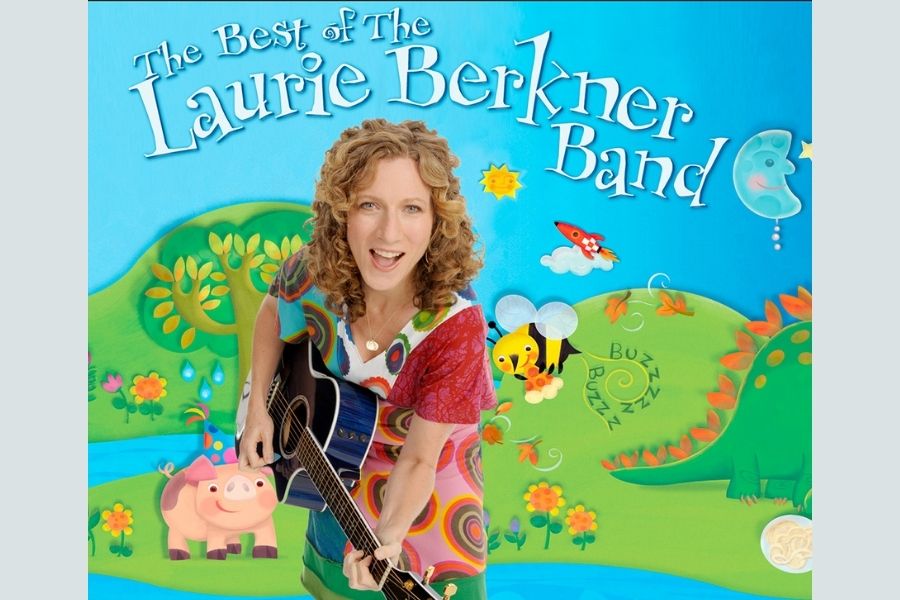 I will always have a soft spot for Laurie Berkner, the first children’s singer to transfix my oldest daughter on Nick Jr., and then, years later, charm my youngest son with Rocketship Run. For those of us with older kids, I’m sure we can sing the chorus of at least a couple of her best-known songs. And tend to do so when we’re in the company of other adults, right?

Whether your kids are Laurie Berkner diehards or if you are brand new to kids’ music, you can now have twenty of her top tracks all together in one place.

Starting off with Bumblebee (Buzz Buzz), The Best of the Laurie Berkner Band bounces along with her jangly guitar, melodic voice and those catchy choruses that will have you buzzing like a bee before you realize what you’re doing.

Ranging from her earliest releases off of ’97’s Whaddaya Think Of That? to her most recent song Open Your Heart for The Pajama Program, I was surprised at how cohesive this CD sounds. Even with band member changes and a budget that presumably grew with her popularity, throughout her unmistakable voice holds it all together easily.
This is a great intro to Laurie Berkner to get you started if you are new to this kid-music thing, but it’s also a great addition for those of us who’ve been around for a while since it gives the kids an hour of sing-along music for our next road trip. Heck, we’ll know all the words. -Christina

Congratulations to Alice B, lucky winner of a copy of The Best of the Laurie Berkner Band!