Gimme an oi! for punk music for kids from Candy Band 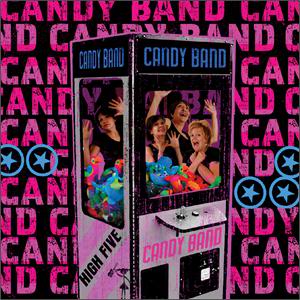 The next person who simpers that kids’ music is just too watered down to really rock is getting locked inside my minivan with the Candy Band’s new CD — cranked up to 11 until they cry uncle. Because there is nothing wishy washy about these four motor-city mamas whose ability to perform punk for kids is so much fun, I’d lock myself in the minivan willingly.

High Five is Candy Band’s fifth CD, and it makes clear that this foursome is still rocking as hard as their last CD, 2007’s Calling All Kids. I love that I can play the kind of aggressive music I prefer around the kids without having to explain four-letter words.

I can even forgive the band for making such catchy choruses that I once found myself singing I’m a monkey! in the Dunkin Donuts drive-thru, forgetting that the cashier could hear me. Hey, at least I can say that Eminem’s own keyboardest, Luis Resto, likes them so much, he joined the CD for a few songs too. Now that is some street cred.

High Five includes a mix of original songs and covers, like the most awesome version of Godzilla/Iron Man that has me reliving my classic-rock days when my hair was much bigger. And only Candy Band could successfully pair Green Day with It’s Raining It’s Pouring on the appropriately named It’s Raining Green.

As if to prove they can make anything cool, the band closes their CD with a rocking Ode To Joy, with lyrics. In German. Sehr Gut.

High Five by Candy Band is available at our affiliate Amazon for instant download.