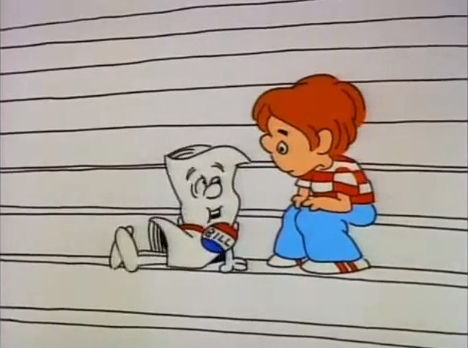 Schoolhouse Rock for me, is more than just a part of my childhood, it’s a part of my family. As a kid, my dad worked at the ad agency with creator David McCall, and the other writers and art directors who brought us this genius educational series. In fact, one of my favorite memories as a kid was sitting in the agency screening room with my brother, watching them on the reel-to-reel (yes, I’m dating myself!) without waiting for Saturday morning TV.

I love so much that now my own kids are fans of the series, and in fact we’ve packed them onto Ducky Tube, our choice for a kid-safe YouTube experience on my iPhone.

Today, being the 40th anniversary of Schoolhouse Rock (whoo!), I’m celebrating by sharing the videos from the original series that have panned out to be my kids’ very favorites, even all these decades later. They don’t even complain about the lack of CG animation–go figure.

Let me know if I missed any of yours! Including the ones made in the 90’s and beyond, there are nearly 60 to choose from. As for me, I’ll always have heart for the early ones. –Liz

Interjections
This is probably the very first Schoolhouse Rock video my oldest daughter fell in love with when she was about four. They love repeating interjections like “Rats!” and “Wow!” and “Hey, you’re kinda cute.” (Because interjections are also set apart from a sentence by comma when the feeling’s not as strong. Ahem.)  Just make sure you click this link and don’t end up on the Mad TV Parody

No More Kings
This story of the American Revolution and the colonization of the US will stick in your head with Lynn Ahrens’ wonderful chorus of “rockin’ and a rollin’, splishin’ and a splashin’…” And honestly, it’s better than most kids’ music on TV these days. My own girls especially love the razzing of George III by the pilgrims across the Atlantic–which he can see through what must be a very powerful telescope.

Unpack Your Adjectives
“He was a hairy bear, he was a scary bear…” Such a fun way to teach kids how to describe things. Also very helpful for playing Mad Libs.

Three is a Magic Number
This beautiful song was the pilot episode of the entire series. I love Bob Dorough’s  threes they put together–like faith and hope and charity; or the heart and the brain and the body. Plus  you’ve gotta love lyrics like “it takes three wheels to make a ve-hicle called a tri-cycle.” (Which all rhyme with pickle.) Search for the Blind Melon cover too, which happens to be great.

Fives – Schoolhouse Rock
From the Multiplication Rock series, this may be one of the most memorable. Besides being a totally cool 70’s disco-soul groove, it’s an easy way for kids to learn to count by fives.

I’m Just a Bill
While my kids aren’t quite old enough to understand the notion of a bill becoming a law, I can’t wait until they are. It’s so iconic, I dare you to stand in any public space and scream “I’m just a bill…” and not get the entire crowd to answer “…and I’m sittin’ here on Capitol Hill.”