The Verve Pipe’s Are We There Yet? has indeed arrived 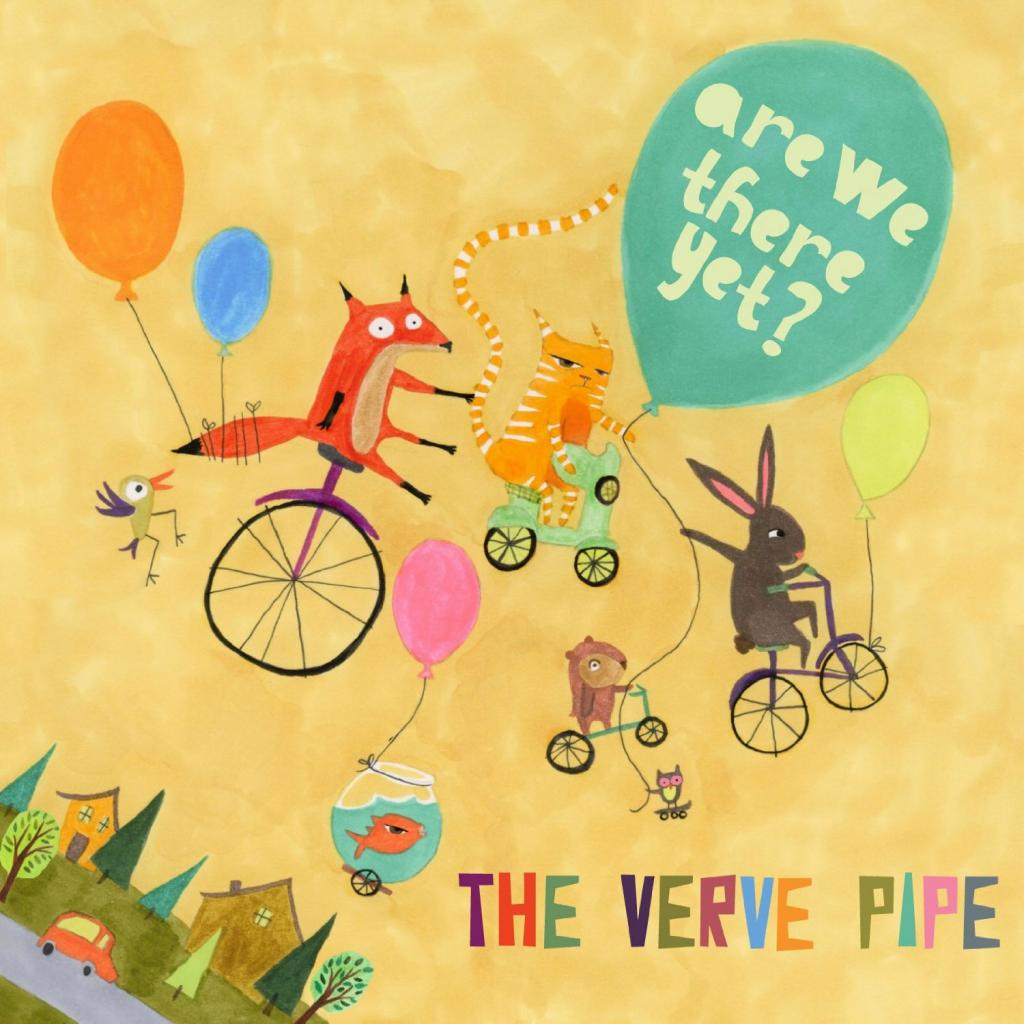 After listening to indie-rockers The Verve Pipe’s debut kids’ CD, A Family Album, a while back, I remember hoping they’d be back soon with more of their rockin’ charm.

Fortunately, The Verve Pipe has decided to splash around in the kindie pool again, and their second release is full of even more cool tunes with clever, funny lyrics for your elementary-school aged kids. And you won’t have to worry about them sharing these lyrics on the playground.

The Verve Pipe’s Are We There Yet? is filled with fast-paced, multi-layered songs, peppered with a latin, country, and blues beats. They really get us going from the start with Scavenger Hunt–see if the kids can keep up with the lyrics on this one.

One thing I love in songs like the pop-music I Didn’t Get My Note Signed, the bluesy Homework Blues Stomp, and the slow and sad It’s Raining Again is that this band really captures the angst that is familiar to kids when things aren’t going exactly their way.

And you’ve gotta love a band that throws in references to NKOTB, Van Halen, and even Warren Zevon for those of us who survived elementary school ages ago. The country-flavored Grandma Says No made me laugh out loud the first time I heard it, because, yes, my kids have a grandma who says NO a lot…but doesn’t really mean it.

It’s A Great Big World is a rousing, wave-your-hands-in-the-air anthem, though I couldn’t help but feel like I was hearing the cathartic moment in an animated Disney movie. And the closing tune, All Grown Up, is a sweet love note from parent to child, though you might not be ready to slow down after the high-energy You Can Write A Song.

As someone who used to sing The Verve Pipe’s 90’s hit The Freshman, I’m thrilled that these guys show no sign of a sophomore slump on their second kindie CD. –Christina

The Verve Pipe’s Are We There Yet? can be purchased or downloaded from our affiliate Amazon.