The freedom clip for Keurig 2.0 gives you java freedom of choice. Power to the people! 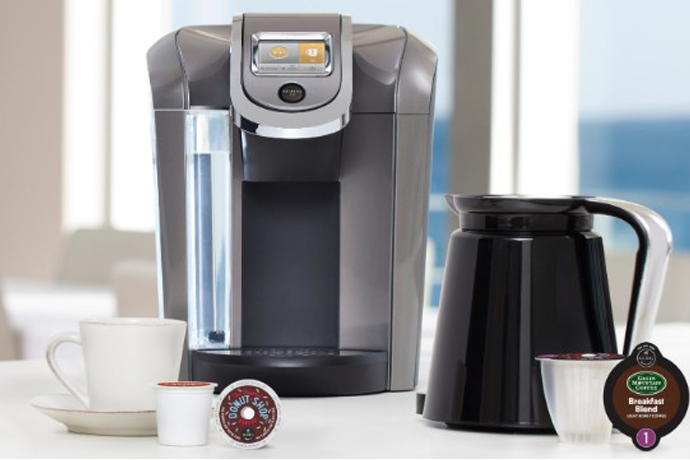 Last summer, Keurig Green Mountain released the latest version of their K-Cup brewer, the Keurig 2.0, with a new feature that only allows brewing of authorized K-Cup pods. Convenience coffee drinkers across the nation were understandably up in arms, but they can rest now (or be more alert?) thanks to the Freedom Clip for Keurig 2.0 from Rogers Family Company. This small plastic device essentially overrides the lockout technology and allows the new Keurig machine owners to brew coffee of their choice from most non-approved K-Cup type pods.

Oh yeah, and it’s free. How’s that for sticking it to a monopoly?

Of course this isn’t all about benevolence; the company is also the maker of OneCup, a 97% biodegradable single serve coffee pod that works in most pod brewing systems–until the lockout technology hit them, too. Now the Freedom Clip puts their own eco-friendly choice back in the game.

If you live in the lower 48, you can get the Freedom Clip for free. Or buy a box of coffee pods from them in any flavor and they’ll send you one.

Of course it’s understandable that Keurig wants to lock the market, because the K-cups are where the big money lies. In a way it’s like a Sony Playstation not being compatible with Wii or XBox games. On the other hand, for those of us who still have eco concerns about K-cups over all, it seems Keurig is just creating frustration–or potentially pushing consumers to other coffee brewing options where they can drink whatever they’d like.

But, as so often happens in technology, frustration leads to innovation. And I have to admit that even though I don’t use a Keurig brewer myself, I love seeing smaller players collaborating to create as much freedom of choice for consumers as possible.

I also love when people take matters into their own hands; check out this YouTube video for a Keurig 2.0 hack if you’d rather go DIY.

Order the Freedom Clip for Keurig 2.0 from gourmet-coffee.com and get a free sample of the 97% biodegradable OneCup.