The best way to lengthen lashes, without false eyelashes or extensions. 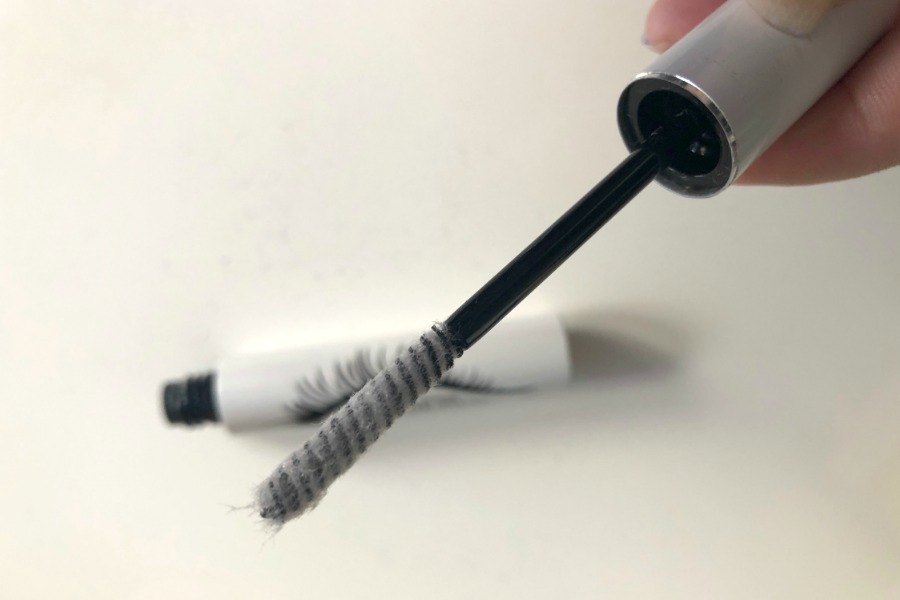 It’s so weird — you get on the other side of 40 (or so) and BAM. Where did my lashes go? So while I haven’t yet taken the plunge into eyelash extensions like Kristen has, I have found something with nearly the same lengthening effect: Magnifibres. Its been called false eyelashes in a tube, and I’d say that’s accurate.

I think I got a sample of it in some goody bag ages ago, and it went unopened until a few months back. When I finally tried it out, it was like, WHERE HAVE YOU BEEN ALL MY LIFE??

(Although duh, it was sitting on my bureau.)

I even named it my cool pick of the week on our Spawned podcast back in April.

Essentially Magnifibres looks like mascara tube, but inside is a whispy, white, feathery bunch of fibers that you brush on your lashes with the mascara wand. And yes, it’s strange to use at first. You brush it on over a first coat of any mascara at all, which gives them something to adhere to, then let it dry a bit before brushing on a second coat of your mascara, above and below your lashes, to cover the white fibers and seal it all together.

The difference in the before and after photos are pretty striking, right?

I’m brave enough to give you all a 40+ closeup! In exchange, please ignore the eye bags, and brows in need of maintenance.

In the first photo — no mascara. Just a little eyeliner.

In the third photo: Wow. Just note that I could probably do a better job of combing out the clumps — but in part it’s that slightly clumpy look that’s in style now, that helps give your lashes more volume, and not just length. It looks more natural when the camera isn’t quite so close. (Or so I think? Ha.) 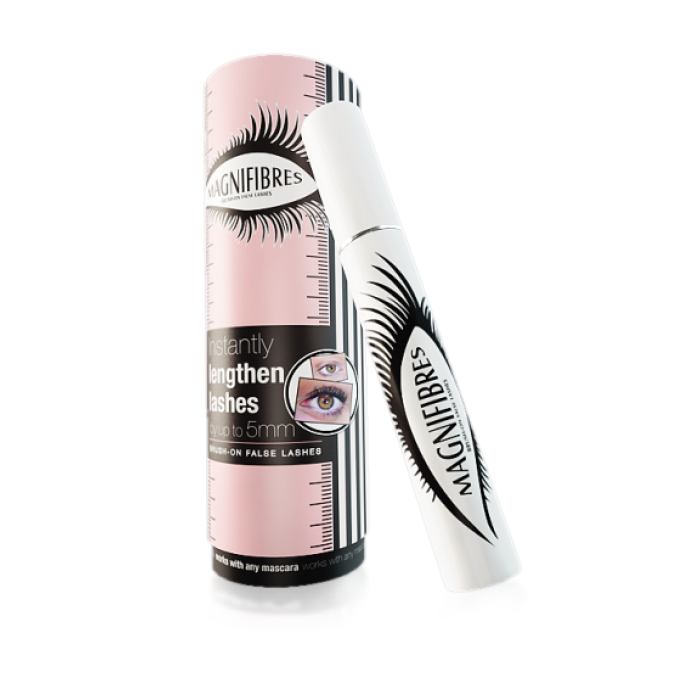 The one downside is that it’s tough to track down Magnifibres in the US. Your best bet is the Look Fantastic US site where it’s $28 with free shipping. (NOTE: Since we published they seem to have sold out for now)

I also found it at Skincare by Alana for around $23 + $4.95 shipping, but it’s free shipping if you spend $25 or more. You can also try higher end local chemists and specialty stores.

I really think Magnifibres is perfect for those of you, like me, who are somewhat inept when it comes to applying your own false eyelashes, and not necessarily ready to take the lash extensions plunge. It’s really as easy as adding another coat of mascara before you go out. And I lurve it.

You know, we talk to our girls about kindness, giv