Aluminum in deodorant and antiperspirant: Health issue or internet rumor? 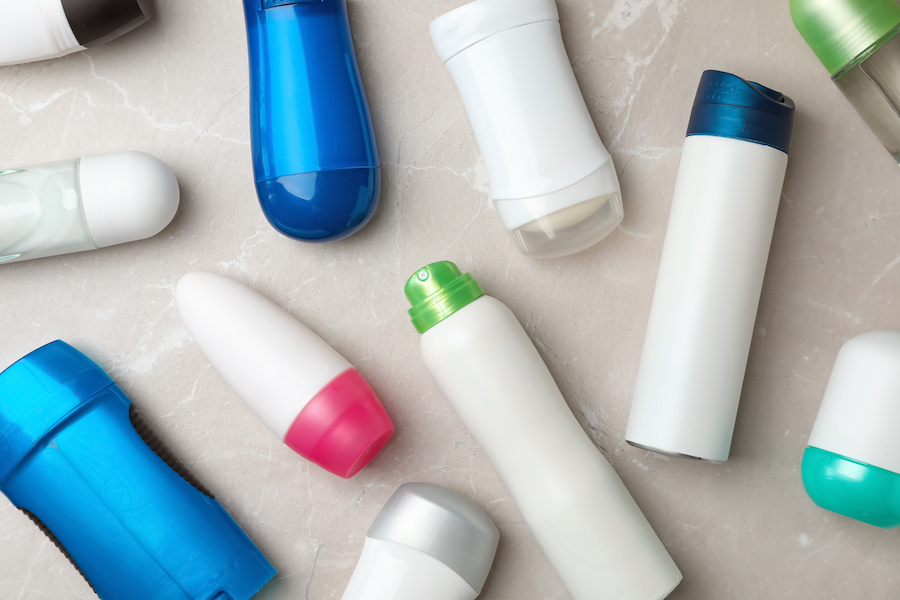 For a long time I had been hearing about a terrible link between aluminum and deodorant. We have even had writers through the years who have insisted on only using natural deodorants, which, cool. Because we believe in choices. But several years ago, I did my own research and…

Let’s just say, since then, I have no longer been worried about deodorant-shaming in public locker rooms (yes that’s a thing!) when I pull out my big-brand antiperspirant that I love. I feel fine about my choice.

So when Procter & Gamble approached us to partner with them on some stuff, like talking about antiperspirants they make, our team discussed it. A lot. As we always do.

(While sponsors help keep our independent site running…if you only knew how many brands we turn down because we don’t like them or trust them or want to be associated with them.)

What we decided is that clearing up scientific fact from fiction (or maybe, half-truths) is really important to us, so we can all make better choices as consumers and parents. Whether it’s about vaccinations, nutritional claims, or chemical hazards and safety. In fact, we’d probably have written this article at some point anyway.

Because if I was surprised back when I did the research, I figured you might be too.

That said, I also know that it’s really really hard to change a view once you have established it. The New Yorker published an awesome article about Why Facts Don’t Change Our Minds a couple years ago, and it’s a great piece based on new cognitive science data. I’ve tried to be really mindful of this ever since. But it’s hard!

Like I used to think that eggs were the devil, and it took me a long time to be able to eat them again without thinking I was slowly killing myself. And uh, that big fat-free cookie trend? Yeah. I did a total Regina George, stuffing my face with them in the 90s, then wondering why my pants weren’t fitting any more. Fun times.

Then again, if anyone ever tries to tell me that HFCS is actually fine for us, I know I will have major issues accepting that.

Let’s get to the facts.

Full disclosure: While this post is sponsored, I haven’t been told what to write about at all, and no one has changed anything I wrote. It’s all our own research, just to help you make your own best decisions that feel right for you. 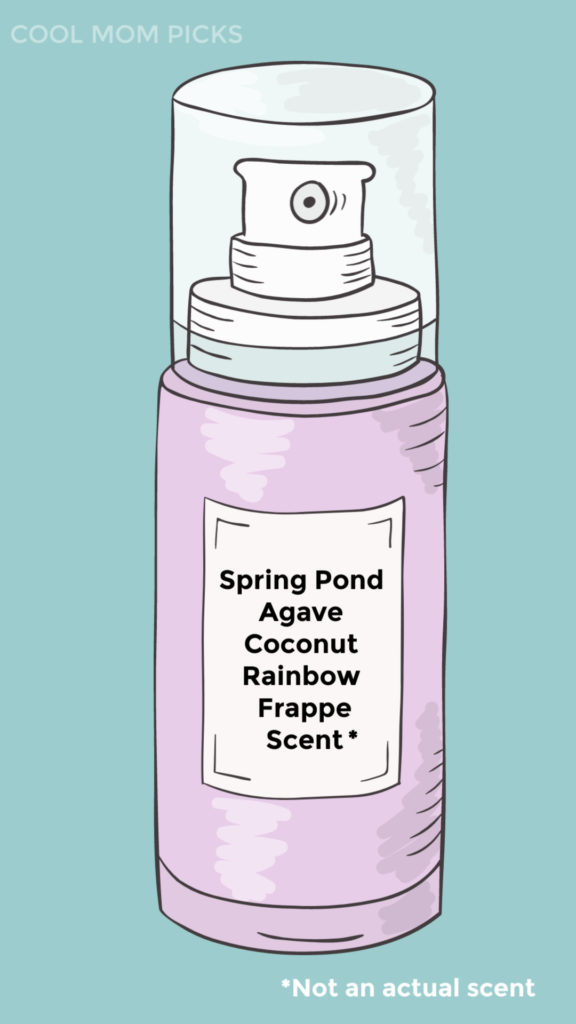 Deodorant is not the same as antiperspirant

Deodorants simply stop you from smelling. They de-odorize. Even though we use the terms interchangeably, an antiperspirant is what stops you from perspiring. It most likely stops odor too, which is why they all come in such fabulous sounding scents like Spring Pond Agave Coconut Rainbow Frappe, or whatever.

First of all, deodorants don’t contain aluminum. Antiperspirants, which are a different product, contain aluminum salts to stop you from…perspiring. They do that by plugging your pores. That may sound kind of freaky but that’s how they work.

Sweating helps us regulate our body temperatures — not eliminate toxins. That’s done through liver and kidney functions (i.e. peeing it out), so if you need to sweat, you’ll do it from other parts of your body.

Where else is aluminum found?

Aluminum is naturally occurring in the earth, in water and in the air so like, basically, everywhere. The Agency for Toxic Substances and Public Disease Registry, a federal public health agency, has lots of good info if you click over.

They describe how it’s also used in antacids, buffered aspirin, processed foods, cosmetics, even in bottled or processed water — though the FDA recognizes it as “generally safe” and limits it to 0.2 mg per liter of water. So you’re likely ingesting it every day in some way.

Is aluminum connected to Alzheimer’s Disease?

Teen Vogue has a really good article about deodorant and aluminum research, featuring a ton of scientific experts, and I found it very helpful. They discuss how the link to Alzheimer’s Disease is one of the main concerns.

Keith Fargo, a director of scientific programs for the Alzheimer’s Association, describes that this idea started with some studies going back to the 1960s which were later discredited, concluding, “studies have failed to confirm any role for aluminum in causing Alzheimer’s.

He added that today, “few [experts] believe that everyday sources of aluminum pose any threat.”

So that’s good to know.

I went more data-nerd though and looked up some direct source research. I found this study published on the NiH website from researchers from the German Research Foundation who focus on chemical compounds. They also state that any aluminum in your bloodstream is more likely through ingestion or inhalation (like if you work around aluminum dust) than topical absorption from cosmetic products.

They state pretty plainly in their conclusions: “There is currently no evidence for an association between aluminum exposure and the development of breast cancer or Alzheimer’s disease.”

This idea has been going around for a long time too and it’s kind of terrifying, I agree.

I was fascinated when I came across the American Cancer Society’s own description of the aluminum – breast cancer link as “an email rumor.”

They write that “There are no strong epidemiologic studies in the medical literature that link breast cancer risk and antiperspirant use, and very little scientific evidence to support this claim.”

They also go into detail about whether aluminum-based compounds blocking your sweat glands may be absorbed by the skin and change the estrogen receptors in breast cells. In one study, the absorption of aluminum from antiperspirants found that only 0.012% was absorbed — much less than what we absorb from the foods we eat.

That jibes with the data from the German study I mentioned above.

It’s really worth reading the article because I trust the ACS completely and I know they don’t make statements like this lightly,

How did these rumors get started?

So while the ACS calls it an internet rumor, I think it’s fair to state that there was some research done at some point, though it was discredited for lack of control subjects, small sample size, and so on.

I do appreciate, however, that the ACS points out that people who forward health warning emails do so with good intentions. I know that every health scare email (or every “Bill Gates will mail you $1000 if you forward this to 10 friends” email) is sent with the best of intentions.

Unless the health warnings are shared by brands or businesses or people who may be selling “natural” deodorants or lobbying for natural brands, or promoting a certain lifestyle or writing a book. In other words, consider the profit motive.

That’s the ACS’s own point, but I agree — checking sources is always good. Feel free to check mine as well.

I hope you’ll agree though, that with data overload and so much contradictory info on the internet, it’s making a lot of us paranoid about the safety of everything for good reason. So if you’re working on weaning off of internet rumors yourself, then go you. It’s an uphill slog for sure.

So…what deodorant or antiperspirant should I buy?

Honestly, this is up to you.

I use an antiperspirant, because I don’t like being sweaty and I haven’t found a “natural” brand that keeps me un-smelly and dry enough to my liking.

But I also know you have to do what feels right to you.

If you have a natural deodorant that you love, and does the job, then good on you. There are some lovely companies out there doing great things for the world that make natural products and we like supporting them.

There are also plenty of big brands that are doing good things and we like supporting them too.

I’ll just end with this: If you’re using an antiperspirant sheepishly, or even lying about it to friends (not kidding, I’ve heard the stories), now you have some research to back you up — and one less thing to worry about.

This post was sponsored by Procter & Gamble, which makes lots of kinds of deodorants and anti-perspirants, with and without aluminum. The research is 100% our own, and they didn’t tell us what to write, or change any of content.