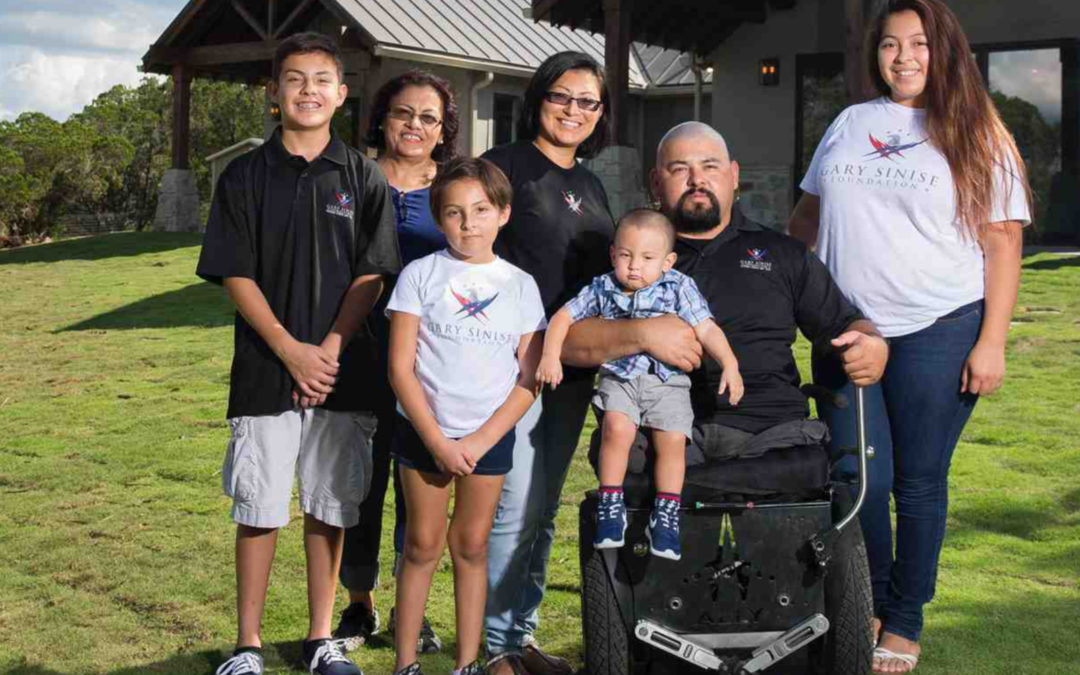 I actually moaned when I saw an ad on TV this weekend that said something like, our veterans fought hard for our country, and now we’re fighting hard to bring you these great deals at our annual Veteran’s Day sale…

I mean, are you kidding me?

I love sales as much as the next shopper, but I’m uncomfortable that googling “Veteran’s Day” might give you the impression that it has something to do with deals on small appliances and mattress overstocks.

Related: What Does it Mean to Be American? This picture book says it better than any TV pundit or long-winded article.

So what can we do today to honor some of our nation’s heroes? A sizable percentage of veterans are hoping that we all do something instead of just saying “thank you for your service.”  Volunteering is one way to give back to military families. And of course, charitable contributions are always welcome.

So here’s a thought: if you’re shopping, consider rounding up your purchase to the next $10 or adding 10% (or more), then donate that amount to an impactful charity supporting veterans and their families.

Of course if you’re not shopping, you can still make a donation. Any amount makes a difference.

Some top Charity Navigator-rated veteran’s organizations to support beyond the usual suspects.

There’s a great list of top-rated veteran’s charities on Charity Navigator to help you pare down the 40,000 military-related American charities. I’ve spent a lot of time going through them, and pulled out a few that are trusted, well-rated organizations, and do impactful work, each with a different focus.

Some you may know, lots your may not. And honestly, I was excited to find some new-to-me orgs that offer the kind of support you don’t always hear so much about.

Hopefully there’s one that speaks to you. 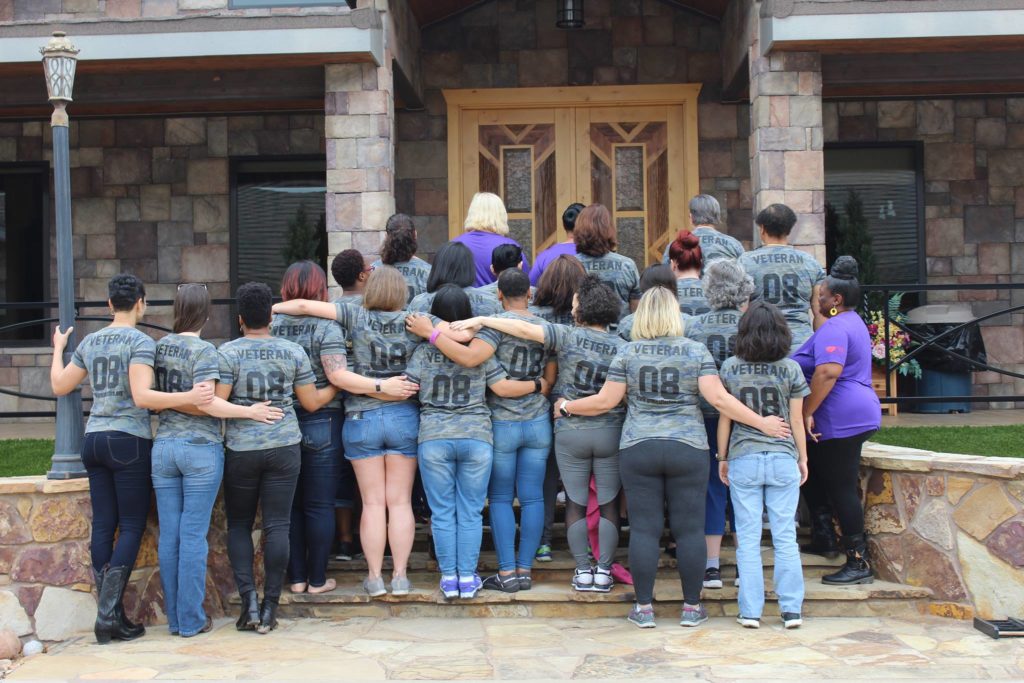 National Veteran’s Foundation (NVF) has supported hundreds of thousands of veterans and their families who are enduring a crisis or have an immediate, critical need for help.  It was founded by former Army Medical Service Officer Shad Meshad, who served in Vietnam, and pioneered treatment techniques for what would later become known as PTSD. They also provide the essential Lifeline for Vets vet-to-vet emergency hotline, at 888-777-4443.

Operation Rise and Conquer is a project of the Adaptive Sports Center. It was created in 2013 to provide high-quality adventure activities for military service personnel and first responders with disabilities. But ASC has been around since 1987, and grew in prominence a year later thanks to a significant contribution from President Jimmy Carter and First Lady Rosalynn Carter.

The Gary Sinise Foundation supports our veterans in lots of ways, but one of the most impactful is through the R.I.S.E. initiative (Restoring Independence Supporting Empowerment), which builds and provides specially adapted smart homes, mobility devices, and adapted vehicles to those who need it. (One of the beneficiary families shown at top)

Grace After Fire (above) is a Texas-based org founded 2008 by Navy vet Mea Williams, to help assist women veterans with the transition process and reintegration back into the civilian sector. They focus on gender-specific issues, women-to-women peer group counseling, and financial assistance for immediate needs. Note that Grace After Fire is too small to be rated by Charity Navigator, but it has earned a Platinum Seal of Transparency from its partner Guidestar, and receive support from trusted organizations including the Texas Veterans’ Commission, The United Way, and Americorps.

For more charities dedicated exclusively to women veterans, check out this helpful page on Operation We Are Here. 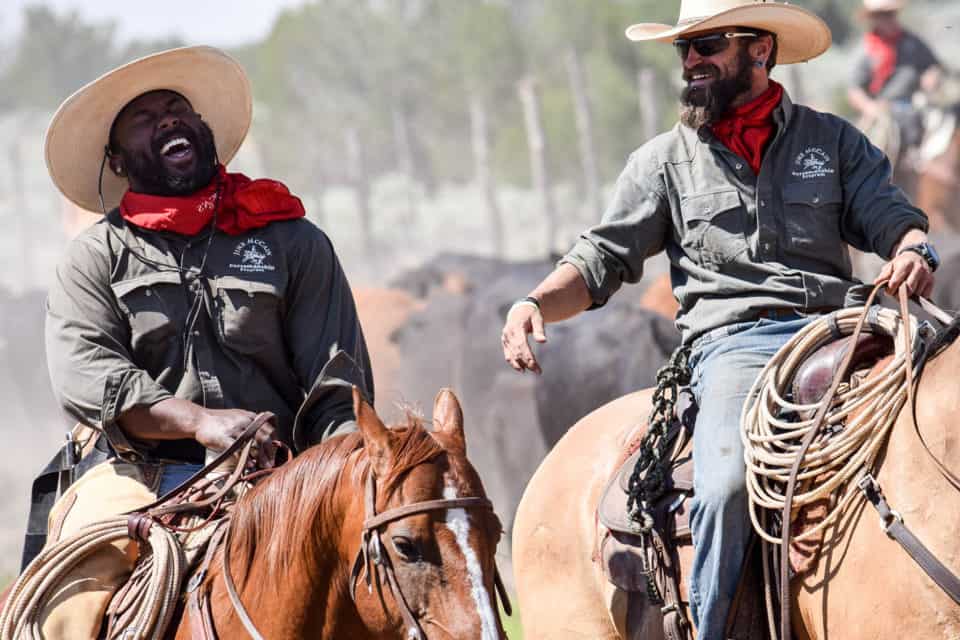 Semper Fi Fund is an incredibly impactful fund supporting wounded and ill veterans with numerous programs, from financial aid and caregiver support, to transitional work programs, to a comprehensive integrated wellness program. They even offer family support, including kids’ camps and retreats. One particularly unique offering: the Jinx McCain Horsemanship Program (above).

Children of Fallen Patriots provides college scholarships and educational assistance to the children who have lost a parent in the line of duty. They’ve assisted more than 1500 students attending schools from community colleges to the Ivy League. But with more than 20,000 dependents having lost a parent over the past 35 years, they hope to help a lot more families what they believe is the single most important gift they can give.

Higher Ground USA offers a Military Program specifically to provide week-long recreational programs for veterans and active duty military with “invisible injuries” to help them live their best quality of life. They claim to be the only program of its kind in the US that invites the spouse or other partner/supporter to be part of the journey, and form a complete unit.

Freedom Service Dogs of America provides trained service dogs to those in need, with Operation Freedom focusing on veterans in need. They also offer Operation Full Circle, which trains veterans to train service dogs for others.

David Lynch Foundation: Operation Warrior Wellness is the military division of the filmmaker’s highly rated charity dedicated to healing traumatic stress through transcendental meditation. The Jerry Yellin Resilient Warrior Fund accepts donations to provide TM training to vets at no charge, to help offer a path to the half-million US troops deployed since 2001 who suffer from PTSD.

The Trevor Project, while not a veteran’s org per se, is doing outstanding advocacy and legal work in support of LGBTQ+ active and retired service members. They support fully funded, LGBTQ+ competent mental health services from the Department of Veterans Affairs. They’ve also filed several amicus briefs in support of current and prospective transgender service members, joining a long list of organizations in their support, including the HRC, the NAACP Legal Defense Fund, and the American Medical Association, along with multiple former military officer, retired Surgeons General, top national security officials, and 18 state Attorneys General.