Chocolate LEGOs! Suddenly everything is awesome, after all. 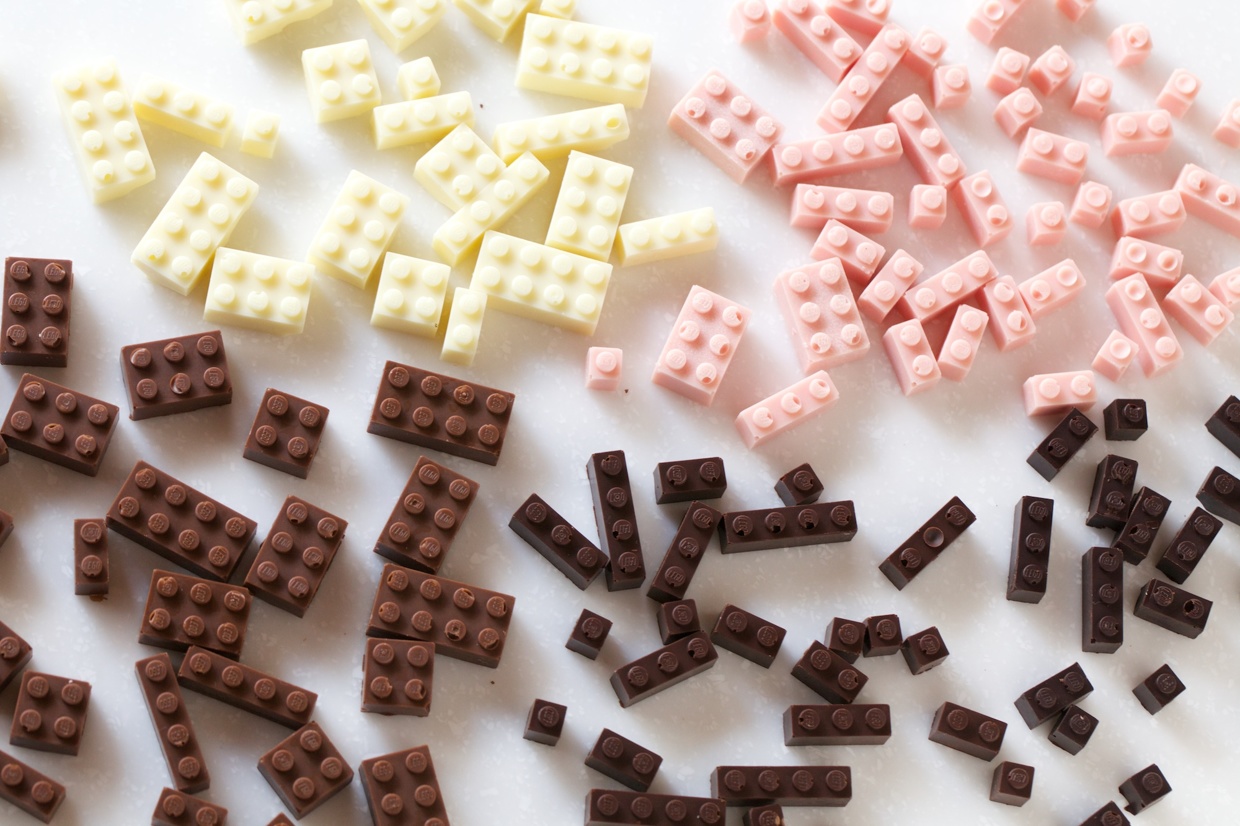 Our house contains roughly six million LEGOs, from teeny tiny pieces that can’t be seen until they are rattling inside the vacuum, to giant blocks the size of bricks. And yet, I’m coveting more bricks. At least when they’re chocolate LEGOs created by Japanese artist Akihiro Mizuuchi.

Aren’t they amazing? (And probably less painful to step on too. If a little messier.)

Not only are they edible, they’re functional. The design of the molds is so precise that Mizuuchi even built little characters out of his chocolate LEGOs, which feature a tiny LEGO on each circular connector — just like the real plastic version.

Mizuuchi’s molds and blocks aren’t for sale (yet!), but we totally wish they were. For one thing, I wouldn’t have to tell my son Get that piece of LEGO out of your mouth anymore. At least not without sharing it with me.