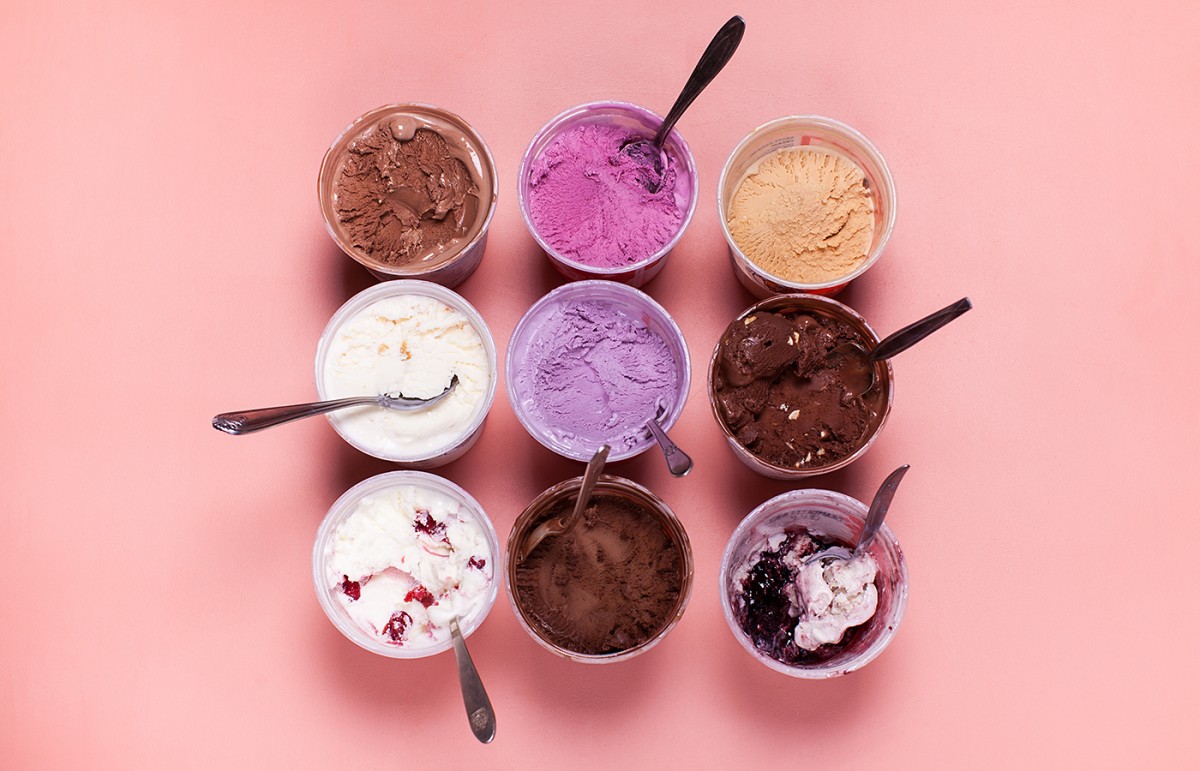 I’ve been fortunate to travel to many states and try the so-called best ice cream in each–Mt. Desert Island Ice Cream in Bar Harbor, Maine; Capo Gelateria in Salt Lake City; Richardson’s Ice Cream (correction) in Middletown, MA; and in my own neighborhood, Brooklyn Ice Cream Factory overlooking the Manhattan Skyline from DUMBO. So when I received a package this Christmas from my brother and sister-in-law, who called it “the best ice cream in the country,” I was skeptical, but very (very) open to giving it a fair assessment.

Jeni’s Splendid Ice Cream started with a single shop founded by Jenni Britton Bauer in Columbus, Ohio,  and I have to say that yes, it is in fact one of the best I’ve ever had. If not the best. Which explains why the grown to  six shops, distribution around the country, and 88,000 Facebook fans. Now including me.

The ice cream itself is so made so rich, creamy, and flavorful from grass-grazed milk, local produce, and premium ingredients like Fair Trade Certified African vanilla, that even the most basic flavors are head-and-shoulders over whatever we normally splurge on in the freezer case. However basic, in the case of Jeni’s, means Askinoisie Dark Milk Chocolate, NDali Estate Vanilla Bean, and Intelligentisa Black Cat Espresso.

See where this is going?

Take a look at their roster and you’ll find my own favorites (so far) including Salty Caramel, Dark Chocolate Peppermint (ZOMG), and a truly outrageous salted peanut butter with shredded dark chocolate straciatelle called The Buckeye State.

Feeling even more adventurous, foodies? Drool over descriptions of flavors like Wildberry Lavender, Pistachio and Honey, Toasted Brioche with Butter and Black Currant Jam, and Seven-Layer Bar which is described as a concentrated milk chocolate ice cream with pockets of sweetened condensed milk, coconut, graham gravel, smoked almonds and chocolate. Hello. I’m also intrigued by Yazoo Sue with Rosemary Bar, made with four kinds of nuts and dusted with rosemary, brown sugar, and cayenne.

Jeni’s also offers up creative frozen yogurts (shown at very top), sorbets like Reisling Poached Pear or Hot Toddy, and toppings that I imagine are every bit as spectacular as everything else from the shop. And I love that they’re a Certified B Corp, meaning that social and environmental responsibility is built right in to the company from the ground up.

If you can’t choose a single flavor to start with, there’s only one thing to do: Order lots. Or let them pick for you–join the Pint Club and Jeni’s will ship three pints right to your door (or that of a lucky friend, parent, grandparent, or new set of parents who really need it) each quarter. Sign up now and you can make it in time for the April shipment. That is, if you can wait that long.

Order Jeni’s Ice Cream online and you won’t be disappointed. Also visit Jeni’s scoop shops in Columbus, Cleveland, Nashville, Chicago, Atlanta and Charleston, or check the site to see if you’re fortunate to have a gourmet shop or small market near you that carries it.

Also, Jeff + Maggie: You are awesome!