Earmuffs! Or, how to talk to your kids about politics during an ugly election season 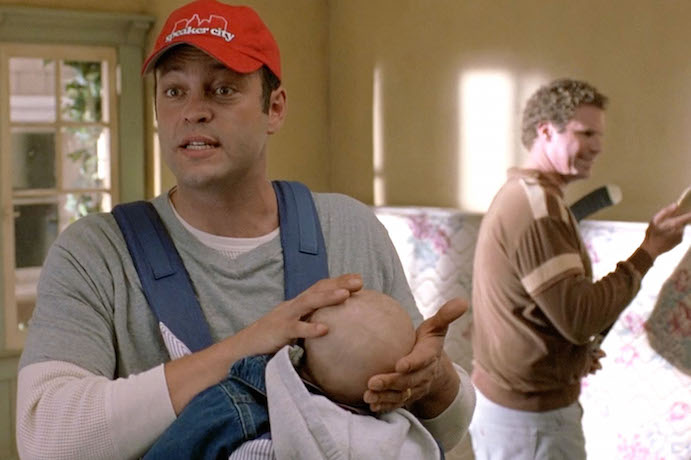 I’ve always aimed to raise my kids to be politically aware and engaged, and to help them understand how valuable their voting rights are and how important it is to become an informed voter.

Ever since they were toddlers, I’ve taken them into the election booth with me, even letting my now 10-year-old step behind the curtains and pull an historic lever for me in ’08. (Yes, New York State still has levers. Don’t ask.) So I’ve looked forward to the presidential election year in which they’d be old enough to really really get it.

In my mind, that would be the time they could really dig down on issues with me; where we could watch the Sunday morning news shows, read the headlines in the paper, discuss the various candidates, and talk about how they differ and how I come to conclusions about who best represents my values and beliefs.

We could continue our ongoing talks about media analysis, how “the TV” and “the news” is not one singular monolith, and how to identify the difference between (relatively) objective journalism and op-ed.

Then ideally, they would start a more adult understanding of why their participation is so important, and how to go about forming their own opinions on the issues that matter to them.

On the bright side, that election year is now.

On the other side, holy crap — that election year is now?

I imagine that if we can all agree on one single thing, it’s that this election cycle has been like no other in our lifetimes. I mean, I still remember when “you’re no Jack Kennedy” passed for a major dig in a debate. (Also, I remember when you could get a slice of pizza for under a dollar and I didn’t need reading glasses to look at a menu. So that’s a rough estimate of my lifetime for ya.)

How far — and low — we’ve come. In fact, as a parent, I keep thinking of this as The Earmuff Election.

It’s for this reason that Kristen and I thought it was time to discuss the subject on our latest episode of Spawned: How to Talk to Kids About Politics in an Ugly Election Year.

(You can listen on iTunes through the above link, or just click the Soundcloud link below.)

As with sex, drugs, stranger danger and Bratz dolls, this is another subject presenting a great opportunity for parents to be proactive about discussions with kids. Because even with the TV off, we see so much evidence that kids everywhere are picking up the rhetoric from friends and school.

They are using words like “bimbo” and “schlonged” and “deport.” They’re talking about “wanting to punch [name any candidate] in the face.” And just this week, a Facebook fan of ours reported that she found her children playing “Donald Trump” in which one kid pretends to be Mexican and hides, and then the two battle it out with lightsabers.

But the issues aren’t just between supporters of different parties; the level of rhetoric has risen even among those in the same party.

The 2016 Feminist Divide: It doesn’t have to be hostile by Liza Donnelly

So in this episode, our own political stances aside (though we are transparent with our positions and bias when it comes to certain issues and candidates) we really try to offer some helpful non-partisan tips for all of our listeners, with the hopes that they’ll be helpful to any parent, regardless of how you plan to vote.

Some of the points we cover:

-How to talk about hate

-What constitutes age-appropriate discussions for kids through teens

-How to respond to “punch him in the face” style hyperbole.

-How to talk about politics in a divided family

-How to teach a child about finding common ground

-How to disagree with friends respectfully, including when and how to walk away.

Look, I know this is hard this year. I’m with you.

For God’s sake, I feel better about watching The Hunger Games with my kids than a live debate in which an actual, viable candidate for president refers to a woman as a “fat pig” or candidates actually discuss their sexual prowess vis-a-vis hand size. I am reluctant to turn on the news, knowing that I’m going to see a “whose wife is hotter” debate. Or a commercial that leverages hate speech and not-at-all-veiled stereotypes to demonize a race or religion.

There are times I’d love to run away to a desert island with no media access and ride this all out until November. But this is the hand we’re dealt right now. And earmuffs only work for so long.

We really hope you’ll listen to this episode. And if you have other tips you’d like to share, or thoughts about anything we’ve discussed at all, we’re always open to civil discussion and disagreement. You can comment here, find us using #SpawnedShow on Twitter or Facebook, or if you’d rather contribute something less publicly, email us, as always, at spawned@coolmompicks.com.

LINKS FROM THE SHOW

Teens, Politics, Kindness: Being Compassionate Even When It’s Hard by Mir Kamin on Alpha Mom

Liz’s Cool Pick of the Week: Brainpop website and app helps parents explain all kinds of topics, including those specific to an election year.

Kristen’s Cool Pick of the Week: Let’s Be Friends political onesie from Wry Baby
Subscribe to Spawned with Kristen + Liz via iTunes, Stitcher, or your favorite podcast app.