The toothbrush to clean toddler teeth, without the WWE-style neck hold 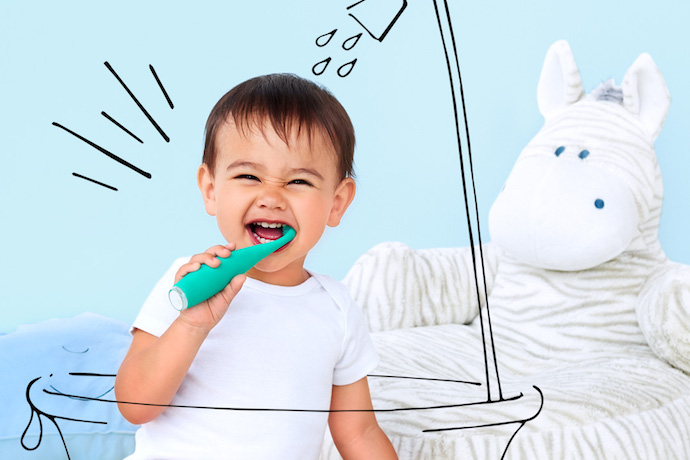 After ten years of parenting, I thought I had this whole toothbrushing thing figured out. I mean, it’s not that hard, compared to say potty training or tying shoelaces. But when my preschooler ended up at the dentist with three cavities, I realized brushing teeth well is more difficult than I had thought. It turns out the cheap packs of toothbrushes from the grocery store weren’t getting my kids teeth very clean. Like at all. So I was excited to try out Foreo’s brand new ISSA mikro toothbrush.

And it’s not like we tend to get excited about toothbrushes around here — but this one is just so cool and different.

The ISSA mikro happens to made from food-grade silicone which is non-toxic, BPA-, PVC-, latex- and phthalate-free (phew!), and is literally 10,000 times more hygienic than nylon.

That’s way different than your typical drugstore-bought toothbrush which is made with  abrasive nylon bristles.That’s why kids fuss when we try to brush their teeth: it hurts. Also, nylon can harbor bacteria and germs after you brush. Ew. So, yeah. This is not that.

This sonic silicone toothbrush is designed specifically for babies’ mouths, but it looks so cool that my 10-year-old called dibs on it before he realized it was for kids 4 years old and younger. Lucky for him, they also make an ISSA mini for big kids.

You can pre-order your ISSA mikro at their Indiegogo campaign for a discount off their $99 retail price (which comes with a 2-year warranty). Even if your baby doesn’t have teeth yet, you might want to invest in this toothbrush because the vibrations are said to soothe teething pain.

Thanks to Foreo for sending us an ISSA mikro to test out. I’m hoping our next trip to the dentist is cavity-free.