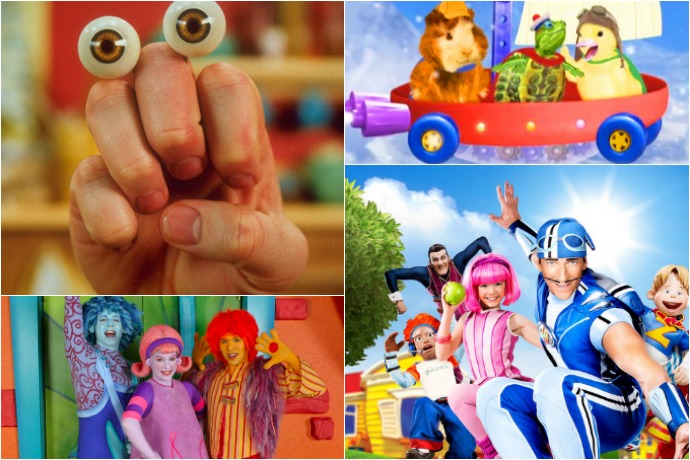 On this week’s episode of Spawned with Kristen and Liz, we’re chatting with humorist and writer Wendi Aarons about one of the most popular posts she wrote on Cool Mom Picks: The 9 worst television shows for kids.

Wow, did people have a lot to say about this post. Is Wendi a “frigid witch” as one commenter called her for putting Teletubbies at the top? How did Caillou not make this list? All is revealed on this episode, along with our current favorite kids’ shows, and our cool picks of the week that you won’t want to miss.

You can listen here right now, and be sure to subscribe to our show on iTunes so you never miss an episode:

Links from our show

Here are Wendi’s picks for the 9 worst television shows for kids between 2002 and 2009.

As you can see from all the posts on Cool Mom Picks, Liz’s love for Yo Gabba Gabba runs deep.

Interesting piece about Fresh Off the Boat, a show Wendi highly recommends.

Wendi: The Weight Watchers app, which Wendi says has the most positive community of people on the Internet.

Liz: Rockets of Awesome, a cool, subscription clothing box for kids that she is totally in love with.

Kristen: Her daughter’s fabulous hidden rainbow hair that blew up our Facebook page.

And as always, we love hearing from you!  Drop us an email us at spawned@coolmompicks.com, or find us on Twitter or Facebook, @coolmompicks with hashtag #spawnedshow. And you can catch up with our guest Wendi Aarons on her site WendiAarons.com or @WendiAarons on Twitter.