It’s a boy! Finally, the first boy in the American Girl Doll line. 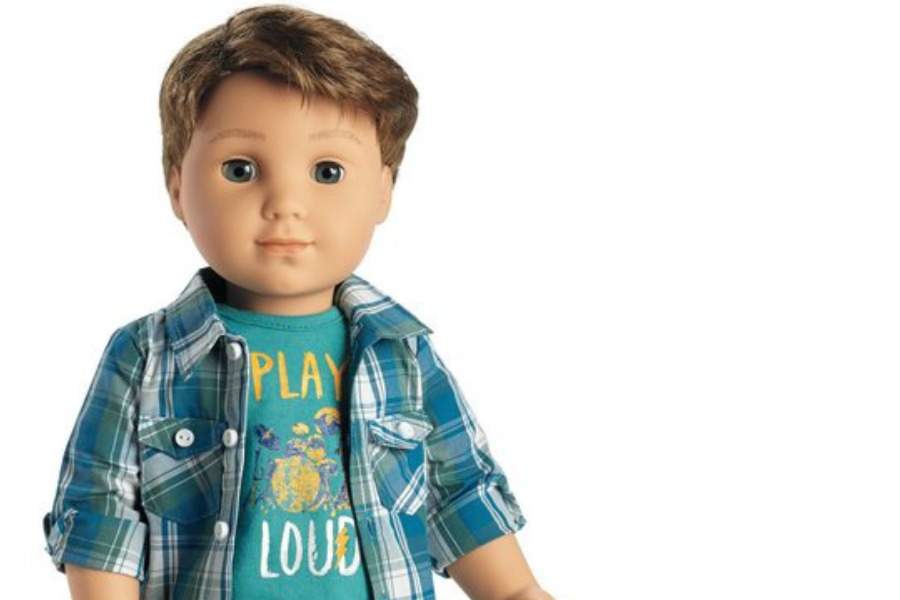 Finally, after begging for years, we’re pleased to learn there’s going to be a boy doll from American Girl Doll this Thursday!

His name is Logan Everett, and he plays drums alongside his friend, Tenney Grant, a female singer-songwriter from Tennessee. It’s actually not clear just yet if he’s the “sidekick” or they’re trying to market them as an equal team, but we will see.

Logan is part of the 2017 collection of new American Girl Dolls (can we even call it that anymore? Is it now just AG Dolls?) — which happen to include several more diverse figures, including Girl of the Year Gabriela McBride, Korean-American Z Yang, and a historical Hawaiian girl named Nanea.

Related: Great baby dolls for boys, in honor of Free to Be You and Me, and William

Now of course, Logan is not going to please everyone. It’s a great start that there’s finally a boy for kids to play with that go with their other AG favorites. But of course he’s, well…white. And blond. And blue-eyed from what we can tell.

But hopefully Logan has a compelling backstory and an interesting book of his own. And with some luck, he heralds a whole crew of AG boys with the same growing diversity as the girl dolls, so that every child can find a doll that reflects the person they see in the mirror and around the lunch table at school.

Logan isn’t available yet, but look for this first AG 18″ boy doll on Thursday at the American Girl Doll website.