Try and guess the number of girls worldwide who are denied an education. Nope…higher. 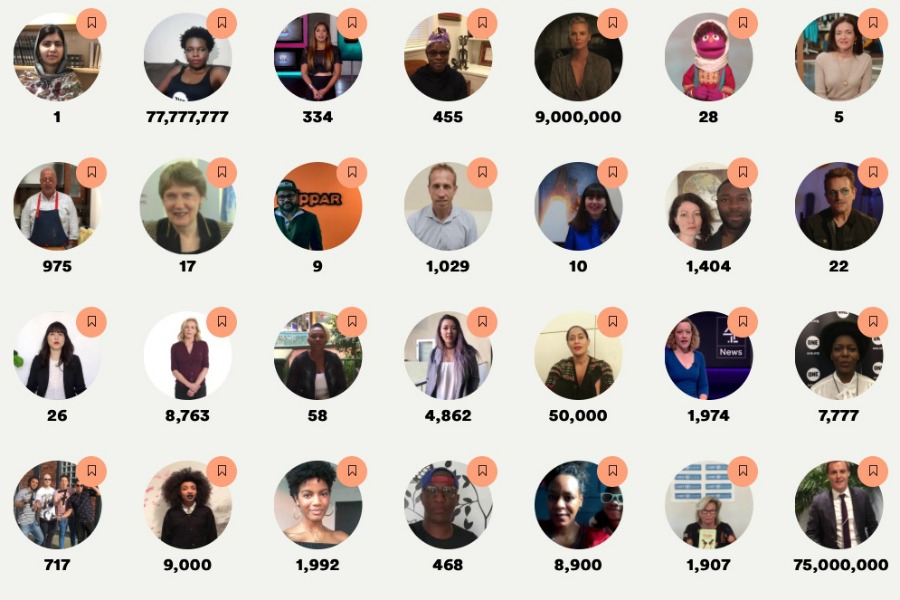 When you look at the data of the number of girls who don’t go to school around the world, it’s nearly inconceivable.

That’s about equal to the entire populations of Texas, Florida, New York, Pennsylvania and Illinois combined.

These millions of girls aren’t missing school because they don’t feel like going, or because they’re home sick; they are actively denied the chance to get an education because of poverty. And as ONE.org has been reminding us, Poverty is Sexist.

School means more than just education to girls; it means healthier, less dangerous lives, and the opportunity break the circle of poverty in their families and communities.

In response, ONE has come out with the #GirlsCount campaign, a really cool, powerful and easy way that we can all help bring awareness and put pressure on leaders in power to bring more educational opportunities to girls.

Just visit the site and choose a number from 1 to 130 million, each representing one real girl out there who is being denied an education.

Upload a quick photo or a video of yourself sharing that number in any way you choose. (Seriously, it’s super easy.)

For an example, check out Zari, the Afghan Muppet, talking about #28. ONE founder Bono himself shares some great stats about #22.  Plan International put together a beautiful video to represent the meaning of 100,000,000 to them.

Our own Editor-in-Chief Liz chose the number 100,004,262. Visit her video to see why. Or check out 6735, which our editor Kate Etue chose to represent each of her children’s birthday months. (And oh, that photo!)

Related: 6 charities you should know that support children and education

Upload your own photo or video today, though! Because tomorrow, March 8, in honor of International Women’s Day, ONE activists will be walking our messages, in person, into the offices of leaders in more than 200 cities around the globe.

ONE will weave all of our photos and videos into one large video — an enormous video, actually. If 130 million of us each claim our number, it will take a staggering eight years to watch.

Visit the ONE’s GirlsCount website and claim your number today so you can be part of this remarkable initiative and make a real difference in the lives of girls around the world.

Liz Gumbinner, CMP Co-Publisher and Editor-in-Chief is an unpaid ambassador for ONE Girls + Women initiatives.