Should your kids be playing tackle football? 6 things that happened when this mom said no. | Thinking Parent 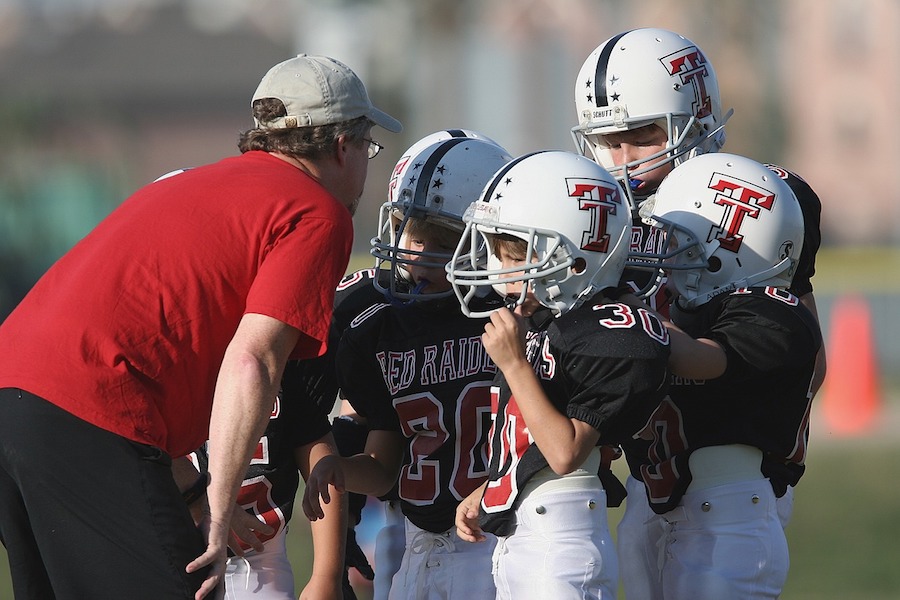 Crisp mornings and fall weekends mean one thing here in the South: football. After school we see the kids out on the field practicing, and neighbors are making plans to tailgate. And while my husband played football through middle and high school (and even declined college offers for the sake of his beat-up joints), we decided not to let our son play tackle football in 5th grade, the first grade that our school offers a formal team.

We had one reason only: CTE, or Chronic Traumatic Encephalopathy.

This is the degenerative brain disease that we’ve been seeing in NFL players over the past decade or so, resulting in everything from memory loss and aggression to parkinsonism and suicide. In fact, CTE has been found in 99% of the brains of deceased NFL players that have been studied.

It’s bad, and while my son isn’t going pro just this moment, I don’t want him to be at risk. At any level.

Mark Hyman, who co-authored Concussions and our Kids along with neurosurgeon and athletic brain trauma expert Mark Cantu, makes the strong case that parents should say no to tackle football for kids until at least age 14. That’s because young brains have a harder time recovering from the hits.

And if you have a daughter who loves to play — like my daughter’s fourth grade friend who dominates as quarterback in the boys’ flag-football league — there are even more physiological factors to consider when you make the switch to tackle. Especially if she’s still begging to play when she’ll be up against 300-pound linemen in high school.

As for my own son, he was on the fence about football to begin with, but it was still a decision we struggled with for a long time. Literally every one of his friends were on the team, and he’d be missing out on much more than just games and practices. That said, for parents with kids who live and breathe football, especially if you live in a big football town, the decision to say no can be even tougher than it was for us.

So, if you’re also trying to figure out whether to sign your kid up for full-contact football — or even hockey, lacrosse, and other sports with a high risk of concussions — I wanted to share these 6 things that happened to us, both good and bad, when I said no to tackle football for my own son.

Maybe it will help you make the right decision for your own child.

Related: A smart cap that lets you know when the hits are coming too hard for your kid

1.  We had to be the parents and make the decision for him.

In our view, tackle football was an absolute “no.” And while there are some decisions that we involve our kids in, presenting the pros and cons and allowing them to make the choice, we felt strongly that this wasn’t that kind of a case. So we had to buck it up, be the parents, and have a very tough conversation that football was not a risk worth taking for us.

And believe me, that’s really tough when you live in an SEC-obsessed town.

Even so, I’m surprised more football parents aren’t taking into consideration the recent clinical study out of Boston University on CTE, which found the condition in 99% of the NFL players’ brains they studied and 91% of college players’ brains. That’s pretty intense.

And while admittedly, my son wasn’t living and breathing football in a way some of his friends were, even if he were all-out obsessed, begging us to play, we’d still have said no.

Obviously, it wasn’t easy. It would be heartbreaking to watch your child be emotionally devastated about a decision like this, but our job as parents is saying no all the time. We say no to the sleepovers we know aren’t going to be properly supervised, we say no to the TV shows we know will keep them up all night with nightmares, we say no to the 17th request for another sugary soda.

Eventually, he came around and having learned more about CTE, he believes it was the right reason too.

2. He missed the social scene. And so did I.

Team sports provide a great way for kids to connect and feel that they’re part of a greater community, and that factor definitely goes beyond the practice field. When you say no, just know that you’re saying no to more than games.

Often there are uniform days at school, study halls together after school, and a lot of general team togetherness that a child will miss out on when they don’t participate.

Turns out I also missed chatting with the other parents at practices and games. In fact, a big surprise for me was that it was a little harder to start the year off with strong friendships when I was one of just a few parents not part of the football team experience.

Related: A smart cap that lets you know when football is taking its toll on your kid 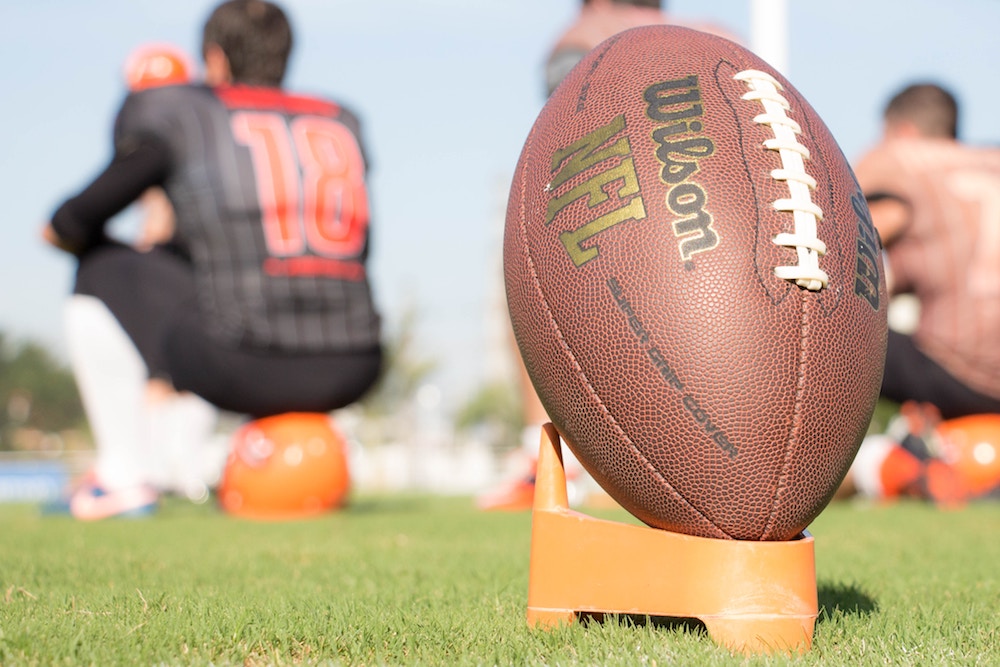 3. FOMO gave him a chance to explore new interests

At one point, when my son’s feeling of not belonging was pretty powerful, I pulled out our calendar and showed him exactly how long the football season was: there were just four short weeks left. It was a good way to show him that his feelings wouldn’t dominate the year, and that basketball — his favorite sport — would be starting soon.

It also gave him the opportunity to think about how he wanted to fill those four weeks.

I was surprised to see that his interest in watching NFL games dropped dramatically. Like, to zero. He never even mentions our hometown team either.

Instead, he put his energy toward scouting. Playing with neighbors. He devoted more time to school work — without having to stay up till 9:30 like the other boys. He even tried  out for tennis team and now he loves it!

(And, of course, there was a little more time for video games, which he hasn’t complained about.)

That said, he does still enjoy attending Vanderbilt football games with his grandfather. But I’ve realized it’s more about his affection for that particular college, the social currency of talking about the game in school Monday morning, and his love of spending four hours with Pops.

4. He found other ways to get strength and discipline

So many parents of young football players say they love the discipline their kids get from having a tough coach who won’t accept excuses. The kids I know who play football are, in a word, tough. They accept pain, deal with adversity, and work together to win a game in a way that’s just different from tennis or even other team sports like basketball or baseball.

I think these are great skills to have, by the way; it’s just that my son had to find other ways to gain them.

His choice: getting outdoors. As a 11-year-old, he went on a survival camping trip with friends where they had to build their own shelter, find their food with GPS coordinates, cook their own dinner, and make it through the night on their own (while dads watched from afar) — all in the midst of an unexpected snowfall.

Okay, so they were miserable. But they came out of it a lot stronger and with great memories. And as far as I know, no one ended up with a brain injury as a result.

5. He learned good lessons about friendship

It turned out that the few non-football boys in his class have decided they still want to attend games and cheer on their friends, and I was so happy to learn my son wanted to be part of that. It was nice to see him supporting his friends not because they were teammates and he was expected to support them — but just because he wanted to.

I think that’s a really valuable life lesson about friendship that most people could stand to learn.

6. He didn’t get a concussion

So that leads me to number six, which, as you might have guessed, was my biggest concern.

I know, there are plenty of ways to get a concussion, from soccer to skateboarding to falling off your bunk bed or running into a wall when you’re not looking. So I’m not being pollyannaish or trying to helicopter my son into adulthood without a bruise or scrape; I’m just trying to eliminate the most profound physical risks to him.

In fact, halfway through the 5th grade season, my son witnessed one of his best friends suffer his second concussion and get pulled from the team.

That was the moment he realized that maybe we were on to something here.