Superfight: The perfect game for people who love to argue. i.e. Families! 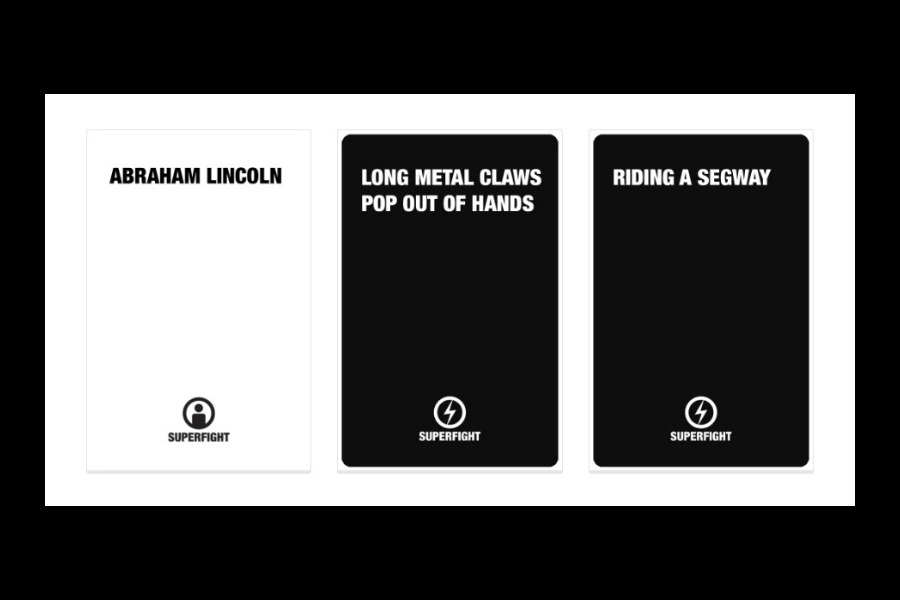 I grabbed the game Superfight for this year’s summer road trip with my kids, and we’ve haven’t been able to stop playing it. So if you’re looking for a fun, no-skill-required game to play with family over the holidays, bring to parties, or just wrap up as a cool last-minute gift, you need to get this game!

Here’s how it works: Two players each pick 3 character cards (sumo wrestler, the grim reaper, an angsty teen) and 3 attribute cards (ranging from super awesome powers to terrible, awful weaknesses). From these, they secretly select one of each to create a virtual “fighter,” by placing them face down on the table.

Next, they each draw another attribute card which they place face down next to their other cards. At this point, the battle begins!

Each player flips over their cards to reveal their fighter and their attribute —  one of which is new to them (so imagine the potential for hilarity) — then present their argument to the larger group as to why their fighter should win this battle. Kind of like Apples to Apples in that sense.

Let’s just say that the fighters can end up being pretty hilarious, like a Literal Insane Clown Posse with an invisible cloak and a peg leg, versus Godzilla who can control time but is being chased by a swarm of bees.

The rest of the group votes, and the winner takes on a new fighter. 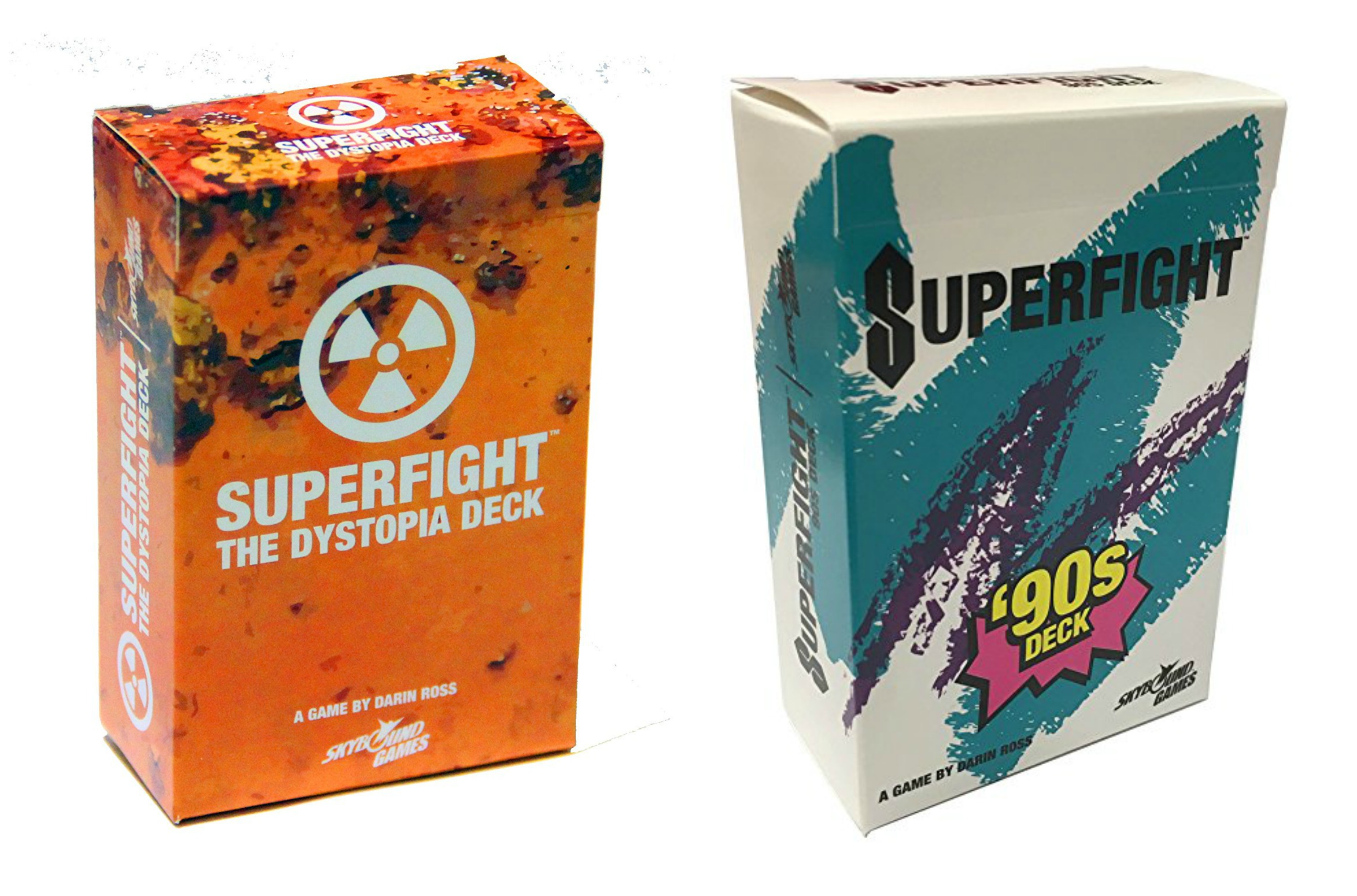 The game is so fun for teens, or lawyers (ha), or really anyone who likes to argue — the only challenge being that younger kids might not know some of the characters.

Just imagine me trying to explain why “Literal Insane Clown Posse” is so funny.

Find Superfight at our affiliate Amazon or your local toy store. You can also find Superfight Expansion Decks, if you’ve got an animé fan, a history buff, or you just want to play an adults-only version over cocktails, Looks like they’ve recently added a Superfight subscription service too, so you can get a mystery box every month!