5 ways parents can empower our younger kids and tweens to be more independent. 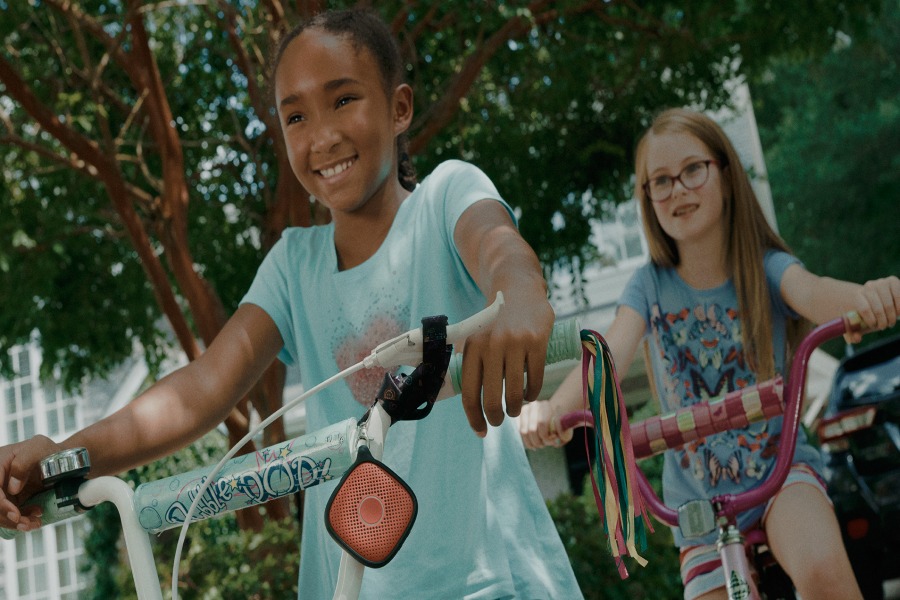 It can be hard to remember when we’re so busy with the minutiae of each day, but the ultimate goal of parenting is to raise responsible, independent adults. And, well, that starts before they actually hit the age of 18.

The dance of educating our kids and then empowering them to be more independent can be tough, and we all struggle with letting go — while trying not to feel overwhelmed with worry. But it’s so rewarding in the end.

And the sooner you start, the easier it will be. 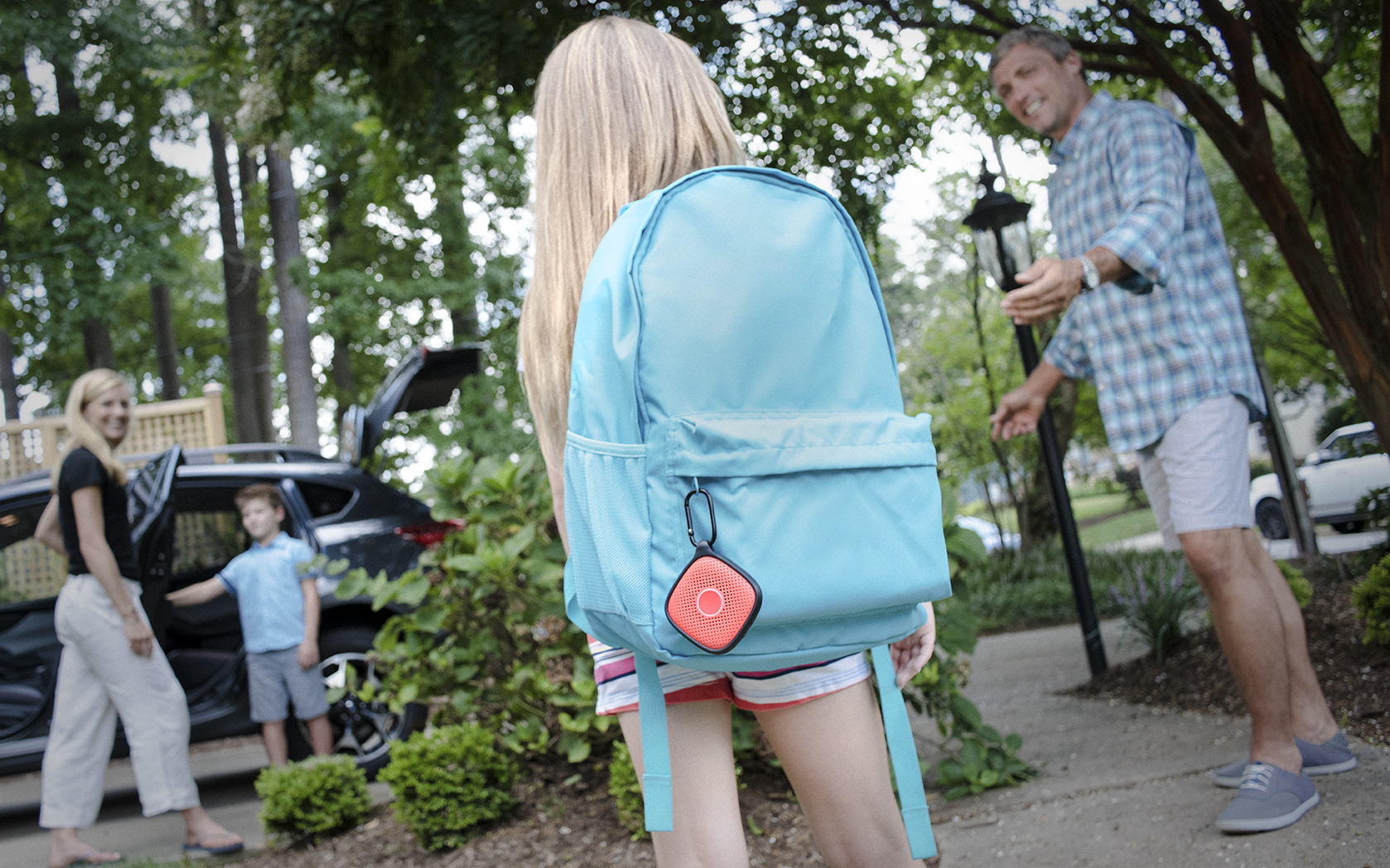 That’s why we’re so thrilled to team up with our sponsor Relay, a screen-free smartphone alternative that allows parents to give their kids more independence and responsibility, safely. It’s kind of like a walkie-talkie 2.0 that connects with your own smartphone, so it lets us send our kids off on their own, while giving us that peace of mind we want. All without the distractions of texting, apps, videos and social media.

So on their behalf, I’m sharing 5 of my favorite ways that parents can help empower our younger kids and tweens to become more independent and responsible. With four kids, it’s not just a nice thing for me, it’s actually a necessity. And I’m glad to be able to help you out from experience.

Bonus: It even gives us a break from doing it all, which is important for our own sanity, too!

– Don’t miss a change to win your own pair of Relays! See details below – 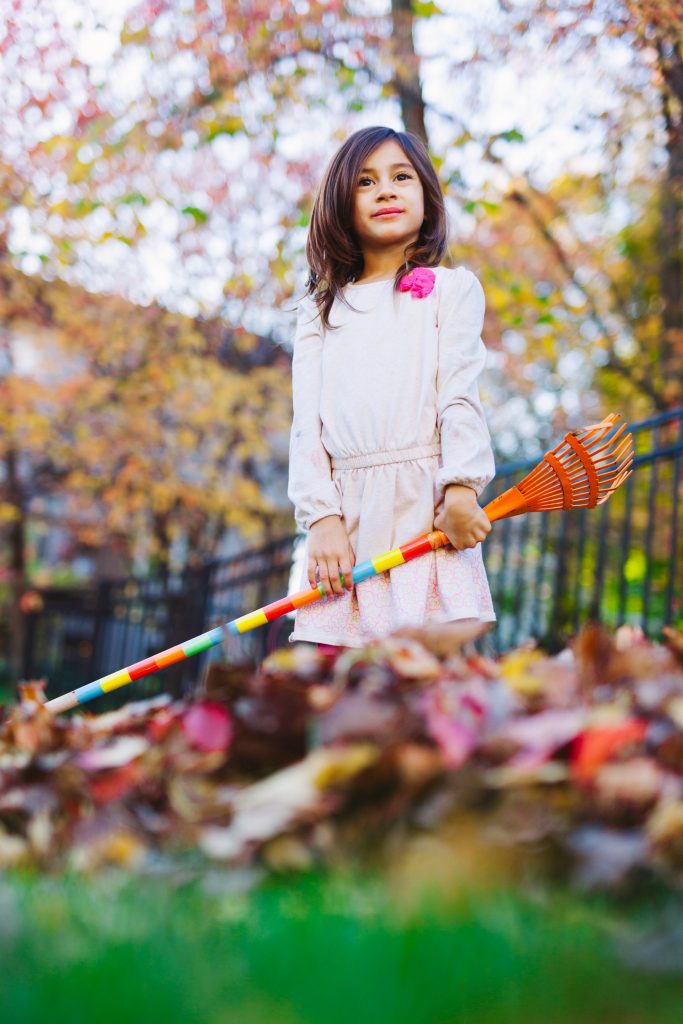 Most parents know our kids should be doing chores — or if they’re already doing them, probably a few more.

As Liz an I recently learned from our friend KJ Dell Antonia, author of How to Be a Happier Parent, there isn’t really one easy way to make this happen. You just need to make a list of what chores need to be done, show your kids how to do them…and then be prepared to remind them 100 times.

Yes, it will be much faster (and things will be done just the way you like them) if you just go ahead and do all those tasks yourself. But as KJ wisely reminded us,  that’s actually not helpful in the long run.

Tasking kids with chores isn’t necessarily about your towels being folded perfectly, but rather teaching your children how to chip in to support the household, understanding what it means to be a productive, contributing member of the family, and fostering independence.

Those are important lessons — even more important than your windows being crystal clear or your bowls being in on right dishwasher rack.

And in case you’re not sure whether your kids can handle chores like cleaning the toilet or taking out the trash: they can! Kids have way more ability than we expect. But it comes down to us enforcing the rules.

(I realized that while my 8-year-old daughter was vacuuming her Montessori school classroom every single day, for some reason, she had the hardest time carrying a single dish from the table to the sink. So I get it!)

When we teach kids, empower them, and encourage them, you might be amazed at what they can do all on their own, eventually without even being asked. And one day, their college roommates will thank you.

It’s easy to become a short order cook at mealtime, let alone the sole chef in your home. And yet, even young kids are perfectly capable of making their own meals.

That’s not to say you need to have children thawing out a roast for tomorrow’s family dinner, but they can certainly make their own breakfasts and pack their own lunches. It’s a great step toward independence — and even makes them more likely to appreciate everything parents do for them in the kitchen, every single day.

To get started, I suggest writing down all available breakfast options for them, like this handy list of breakfasts kids can make themselves, whether it’s a microwaved breakfast sausage, sliced fruit and yogurt, or a bowl of cereal and milk. Then, be sure that that everything kids need is within reach.

Older kids can (and should) use the stove, but be sure to teach them the safety rules before starting, like how to turn the stove on and off, what to do with hot pots and pans, how to crack an egg without getting it everywhere, and why they need to wash their hands when they’re done. You’ll be amazed at how much more kids are able to do simply by being shown that they can do it in the first place — and just as importantly, that it’s expected of them.

About Relay: The Smartphone Alternative for Kids 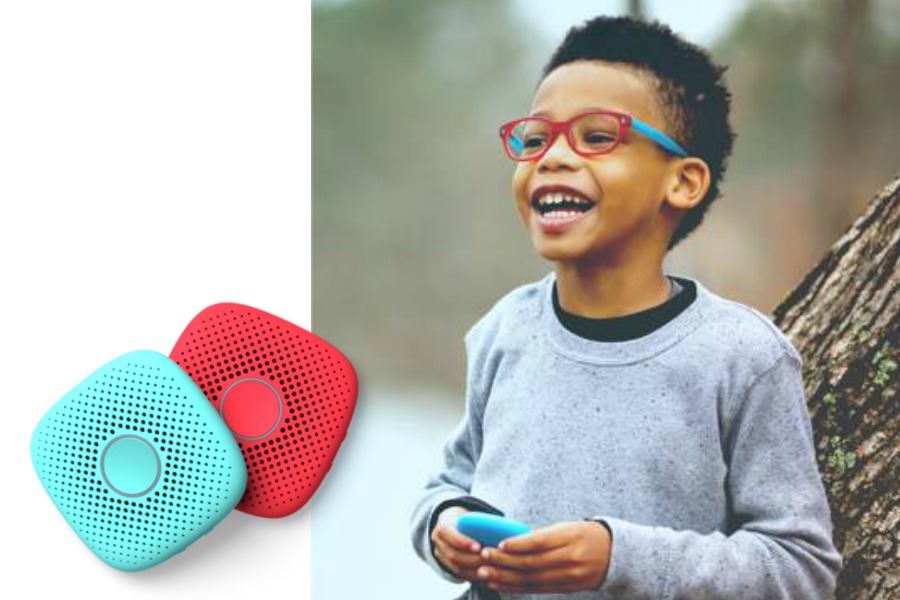 As we give our kids more responsibility and freedom, many parents want them to have the safety and security of a phone, only without some of the distractions and challenges of smartphones, like apps, social media, videos and texting. So Relay offers a screen-free alternative to a phone that both kids and parents love.

Think of it like a walkie-talkie 2.0, that works everywhere and anywhere, because it’s powered by 4G LTE, just like a cell phone. Kids carry their own Relay, and you connect via your own (grownup) smartphone app with the push of a button.

As far as privacy, Relay does not create profiles of your child or your family, and they don’t ever sell customer information. In fact, they worked together with the well-respected team at Common Sense Media to craft their privacy policy, and even donate $5 from every sale to support the organization.

If you’ve got a kid who’s been begging for a smartphone but you’ve been looking for a better solution for staying in touch, Relay might just be the answer you’re looking for: a simple, fun communication device that helps kids gain independence one step at a time.

With kids involved in so many activities these days — from school to sports, theater to test prep, and everything in between — there’s a whole lot of gear and supplies to get ready. Every. Single. Day.

In my home, we’ve got uniforms in the laundry, costumes in the closet, backpacks on the kitchen table, sports equipment…everywhere. It can be too much for parents to keep up with on our own, and good news: we don’t have to!

In fact, it’s a perfectly reasonable idea to give kids of all ages sole responsibility for their own stuff.

Start by making a list of everything they need to bring for each activity (don’t forget a water bottle and a snack), give them a reminder the night before, then then send them on their way to gather everything in one place and get it ready.

This might be challenging at first (like if you’re dealing with daily uniform washing, ahem, ask me how I know) but kids learn quickly — especially after an incident or two where they’re missing something they really needed. 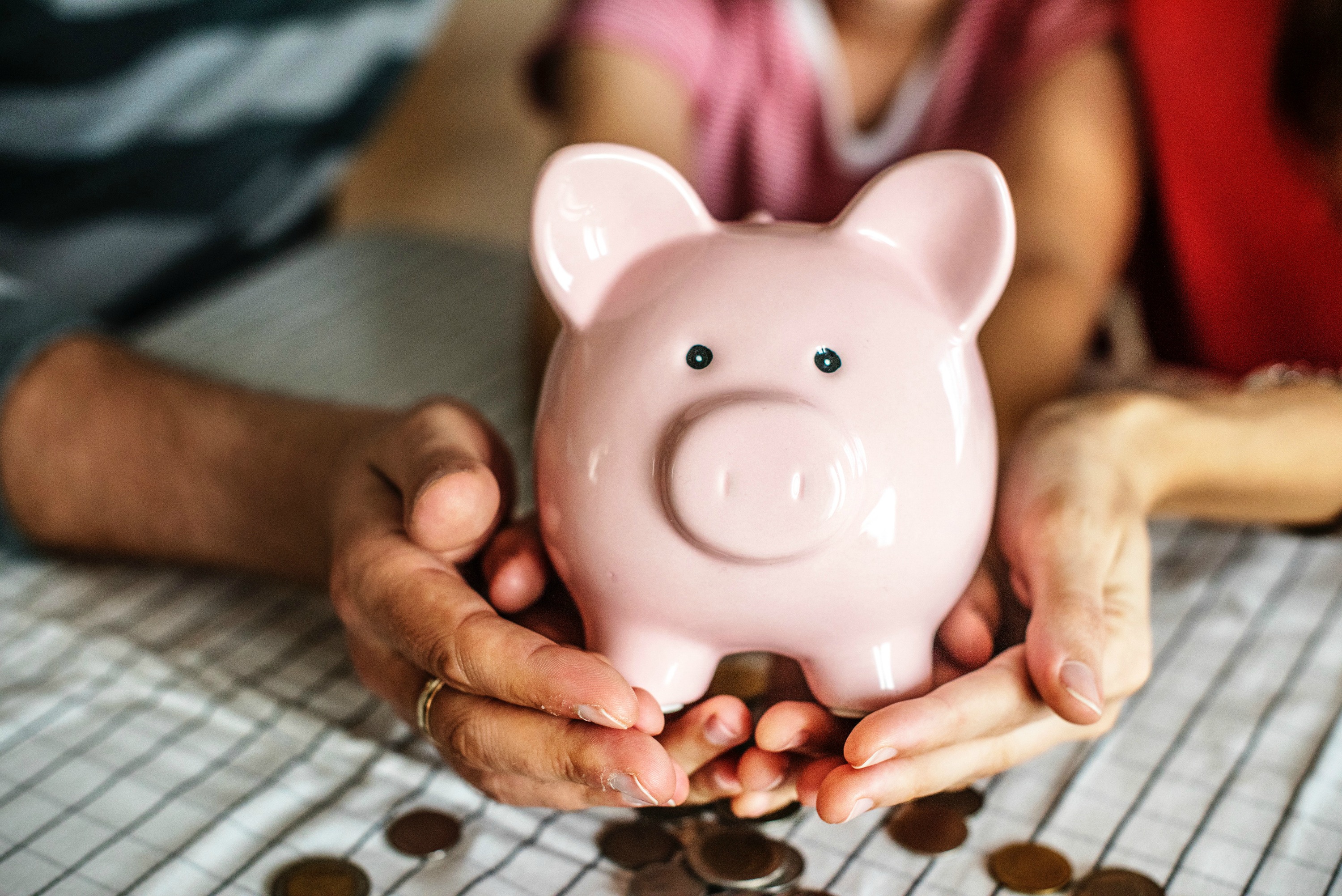 A few years ago, I realized my kids were making way too many requests for vending machine money at hockey practices. After speaking to author Beth Kobliner on our Spawned podcast, I decided to institute a non-chore based allowance system for my kids. And it’s fantastic!

Every week, my kids get a weekly allowance which is not tied to any specific chores, per se. They still need to keep up with their responsibilities (chores, homework, lunch packing) but because they are part of the household. Not because they are being paid for them.

Now, when they see something they want in a store (or at the ice cream truck), I can just say “use your own money,” putting the decision back in their own hands.

It’s a truly effective and simple way to give kids a little freedom and an introduction to spending and saving, which will last them a lifetime. Unlike that King Kone.

If you want your kids to grow up to be independent and responsible, which I think we all do, then it’s so important that we believe they are capable of these things. And one of the world’s simplest ways to do this is to have kids speak up for themselves.

Getting treated with a drink from Mom at Starbucks? They need to order it themselves. Eating out with the family at a restaurant? They can tell the server exactly how they want their burger cooked without you jumping in. Not seeing the action figure in the toy aisle that they want? They can ask the salesperson about it all by themselves.

When you encourage your kids to speak for themselves, the process of advocating for themselves in other ways becomes a whole lot easier. You’ll also see that your kids become more comfortable speaking to teachers, other parents, doctors, and all people for that matter —  simply because when they were young, they learned that they had a voice that was valued. 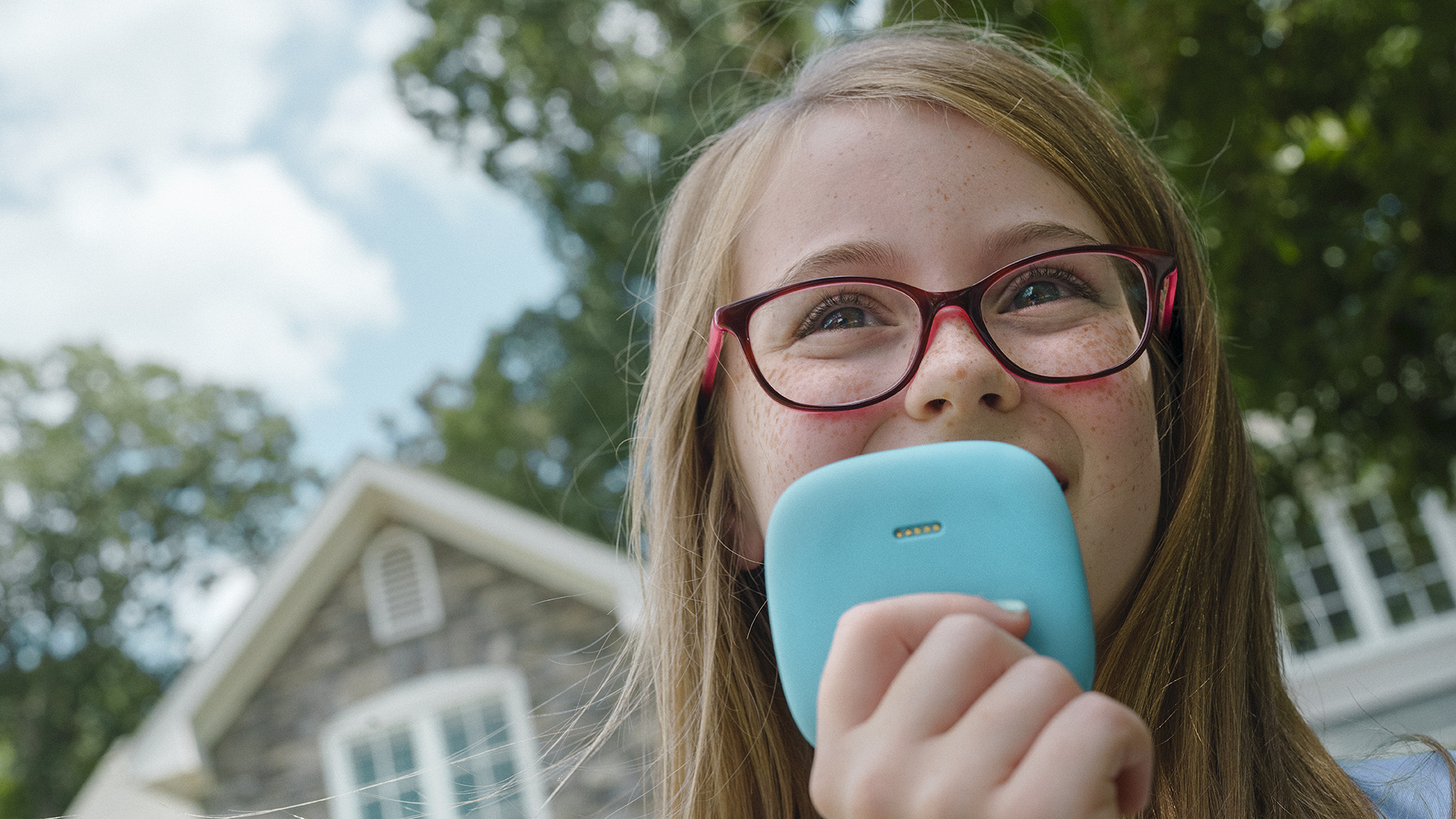 Thanks to our sponsor Relay for making a safe, screen-free smartphone alternative for kids that also helps teach them independence and responsibility.