FACTS: Illegal abortions kill women. Alabama will kill women. Here’s what you can do about it. 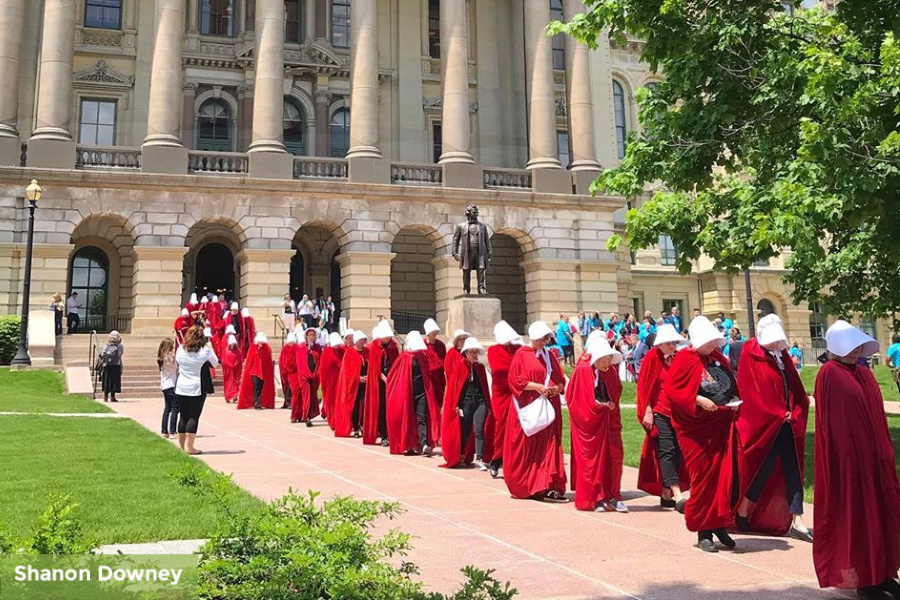 In light of the inhumane, outrageous, regressive, and entirely cruel Alabama anti-abortion law signed yesterday, Kristen and I knew we couldn’t be silent today.

Making abortion illegal does not eliminate abortion. It kills women. 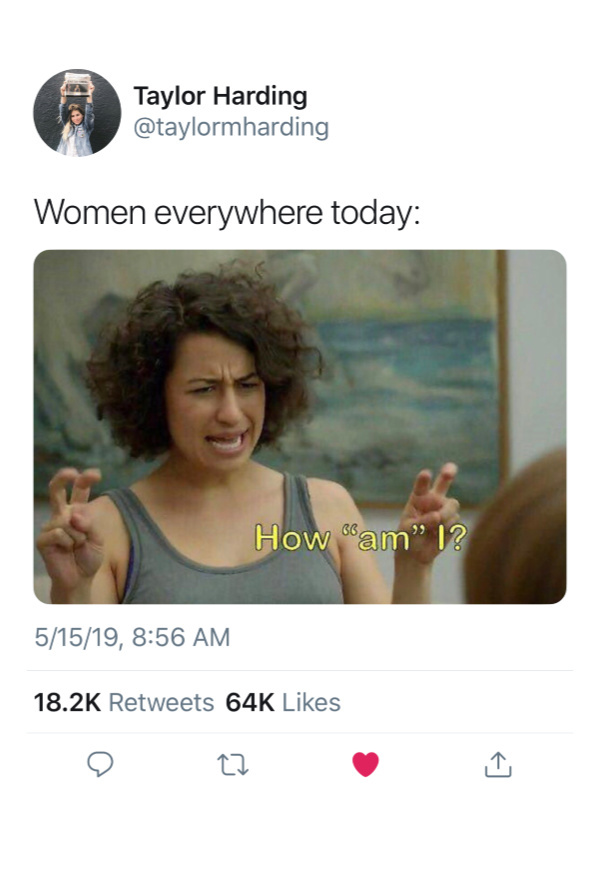 Top image: Shannon Downey via @badasscrossstitch on Instagram. Please read her entire post about the power of the handmaidens lining up to rally for abortion access and reproductive justice at the Illinois statehouse. (Because it’s not just Alabama where women are being hurt by draconian maternal health laws.) She said she was sobbing. I read her post and I sobbed too.

Here are some facts.

-The abortion rate is 37 per 1,000 people in countries that prohibit abortion altogether or allow it only in instances to save a woman’s life, and 34 per 1,000 people in countries that broadly allow for abortion, a difference that is not statistically significant, according to the Guttmacher Institute, a US-based reproductive health non-profit. (Amnesty International)

-No states in the US have even 25% support for entirely banning abortions for any reason. (Data for Progress)

There is no state in the country where support for banning abortion reaches even 25 percent. (Data for Progress analysis of the 2016 Cooperative Congressional Election Studies) pic.twitter.com/lrOxU0eNaz

-The steep decline in US abortions and drop in unplanned births beginning in 2008 is directly correlated with increase in birth control access, not restrictive abortion laws. (Guttmacher, NE Journal of Medicine research)

Alive today because I had an abortion. #youknowme #WomensRightsAreHumanRights https://t.co/7mLqOqo33M

-There is no such thing as a full-term abortion, a late-term abortion, or an abortion of a baby “born alive.” These are lies, perpetrated by people who want to hurt women and win elections. (Mother Jones, and any medical professional in thew world.)

Get mad. Then do something.

We believe that women have the right not to be killed.

If you also support women not being killed, here are organizations supporting women’s maternal health and reproductive freedom:

To support women in need of abortions

-You can donate to Alabama Women’s Center, the only provider of safe, (still) legal abortions in all of Alabama. They save women’s lives.

-You can also donate to the Yellowhammer Fund, which provides direct aid to Alabama women in need. It’s a member of the National Network of Abortion Funds.

-You can also designate Yellowhammer funding through NARAL, or support NARAL directly.

-Support the Planned Parenthood Action Fund or your local Planned Parenthood, which provides sexual health care, education, and birth control to reduce unwanted pregnancies for nearly 4million American men and women a year. 79% of patients are at or below 150% of the US poverty line.

-Support the Birmingham, AL Planned Parenthood which offers a multitude of abortion-reducing services including:

To do more to help keep women alive

–Become a clinic escort. I’ve done it, and it’s a powerful experience that makes an already difficult or traumatic experience so much easier for women.

–Text, call, fax, or write your elected representative, from the local level on up. Political apps like Resistbot make it easy, if you’re not comfortable on the phone.

The #youknowme hashtag contains a lot of deeply powerful testimonials but it just kills me that every time something awful is happening, women have to air out their traumas to make you see us as people.

-Read the #YouKnowMe hashtag started by Busy Phillips, which puts a human face on the complexities of women and abortion. Because sadly, women are not already seen as human.

-Tweet, post, or talk about the issue. Remind people of the facts.  You never know who you’re reaching.

We are moms. We love our children. While we speak only for ourselves in this post, we know that every one of us on our team is grateful that we had our children by choice.  -Liz and Kristen