Why it’s important to talk to your kids about religion (even if you’re not religious): 3 books to help guide your conversation 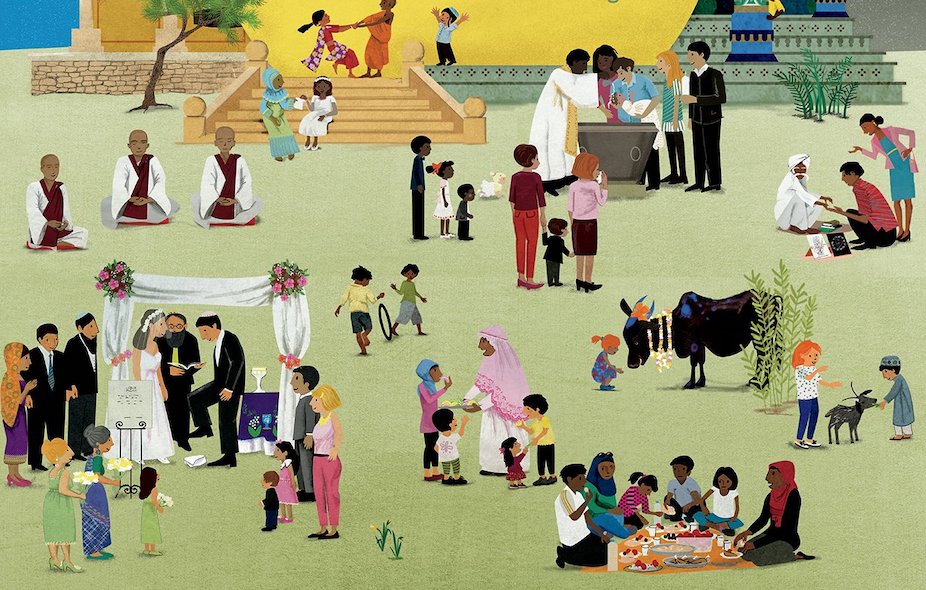 As a full-time religious studies professor for the past fifteen years, I’ve lost track of how many fellow parents have asked for recommendations when their kids started asking questions about religion.

While evangelical Christians and other religious “insiders” tend to do a good job of producing literature for their own children, resources are fewer and less obvious for parents who don’t necessarily belong to a particular community.

Whether you’ve got kids asking questions about different religions that you’re not sure how to answer, or you want to educate your kids about the many world religions (and its people they will encounter in their lives), here are three books for beginners that do justice to the complexity of human tradition.

Related: Tips for 10 hard talks parents will have with their kids

3 Books About World Religions for Children 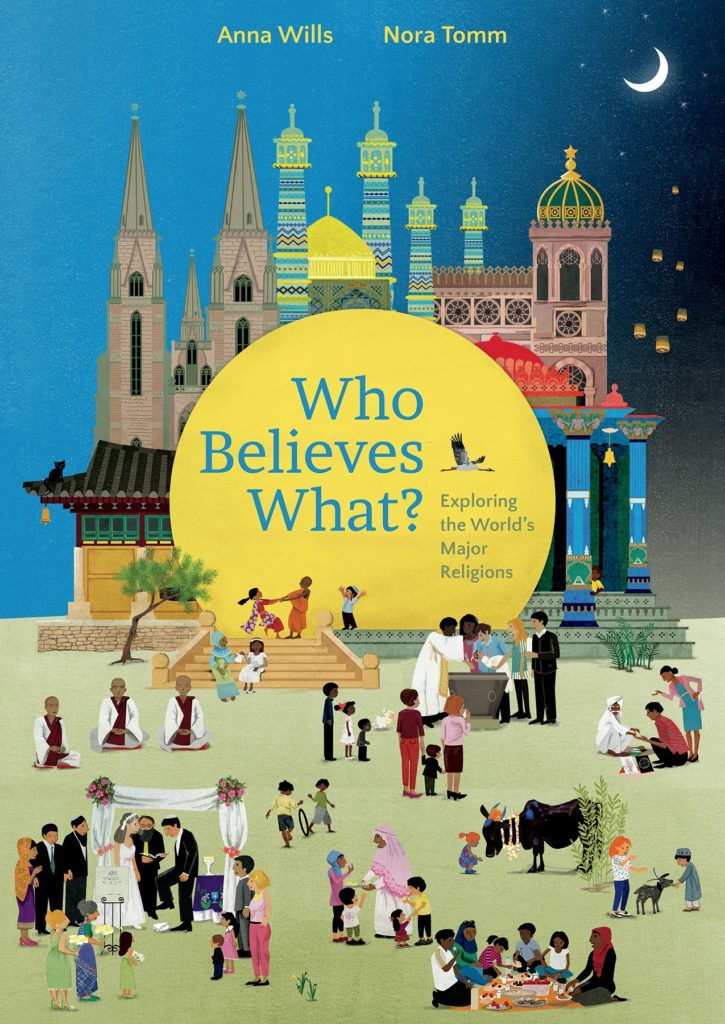 For younger readers, Who Believes What? Exploring the World’s Major Religions by Anna Wills and Nora Tomm is a wonderful picture book about religion for children, that covers five faiths that are most familiar to Western readers—Hinduism, Judaism, Buddhism, Christianity, and Islam—through vibrant illustrations and simple prose that younger kids can easily understand. (With the help of an experienced reader.)

While it’s a bit limited in scope, this book does a beautiful job of demonstrating the fact that religious belonging, practice, and culture go far beyond merely “who believes what.”

Related: This must-read book about Holi is full of joy!

2. The Kids Book of World Religions 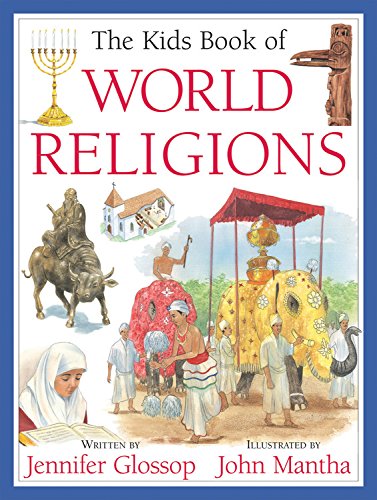 For older readers, The Kids Book of World Religions by Jennifer Glossop with illustrations by John Mantha is an excellent resource. Organized geographically, the book covers a large number of traditions, instead of stopping at the “five great religions,” as many books do.

While geographic framing is imperfect (in the 21st century there are far more Buddhists in China than India, for example), it is a helpful way to begin learning about cultures.

One of my favorite things about this book about religions for kids is the 2-page map, indicating which religions are most prevalent in which parts of the world. It can be quite striking to see one small spot of red (Hinduism), and even smaller spots of pink (Sikhism) and dark blue (Judaism), amid vast seas of yellow (Christianity), green (Islam), and mixed stripes across Asia, Russia, sub-Saharan Africa, and the Arctic Circle. This hints that religious identity is not merely a personal, intellectual choice people make as individuals in a vacuum, but is rather significantly shaped by geography and history. 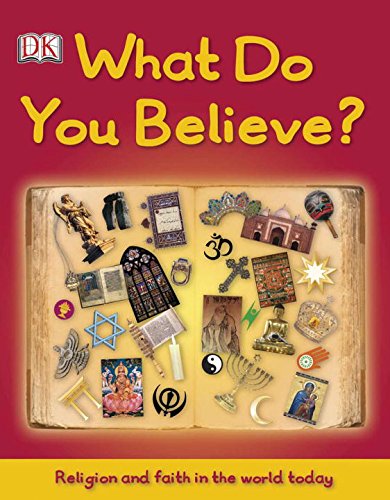 A final book about religions for kids that skews older isWhat Do You Believe: Big Questions about Religion from DK Publishing,which also goes beyond mere “belief” in its approach. If I could have only one book for my kid, this would be it.

While it may be a bit visually overwhelming with photographs, text bubbles, and illustrations, the book is organized thoughtfully around themes, rather than by tradition or geography, which invites a different type of engagement than the previous books.

The part of this book that may be of greatest interest to inquiring young minds is the “Why do you…?” section, which asks why and where different religious people pray, what kinds of rituals they perform, what books they read, what foods they do or don’t eat, what holidays and rites of passage they celebrate, and—my favorite—what kinds of special clothing and hairstyles they wear.

Since appearance is often the first way humans begin to identify differences among people, it is helpful to see a Muslim in hijab, a Sikh with uncut hair, and an Amish Christian in plain clothes, all grouped together on one page, to highlight their similarities instead of differences.

Comparing and contrasting is important in the study of religion, not for purposes of choosing which one is best, but simply for understanding how people behave. This book about religions for kids explicitly states its lofty goal: “Through understanding, we can have tolerance and respect.”

Almost everywhere in the world, our kids are growing up in an era of polarized, us-and-them, either/or thinking. Anything we can do to help nudge kids toward understanding, accepting, and even affirming diversity instead of being afraid of it is a win for humanity.

Guest writer Kate Blanchard is a retired professor of religious studies, author on world religions, and mother of a teenager. She kindly reviewed several books about religion for kids and narrowed them down to these three after Kristen’s son started asking questions about religion that she couldn’t answer.