How we can protect transgender kids in Texas and throughout the U.S. 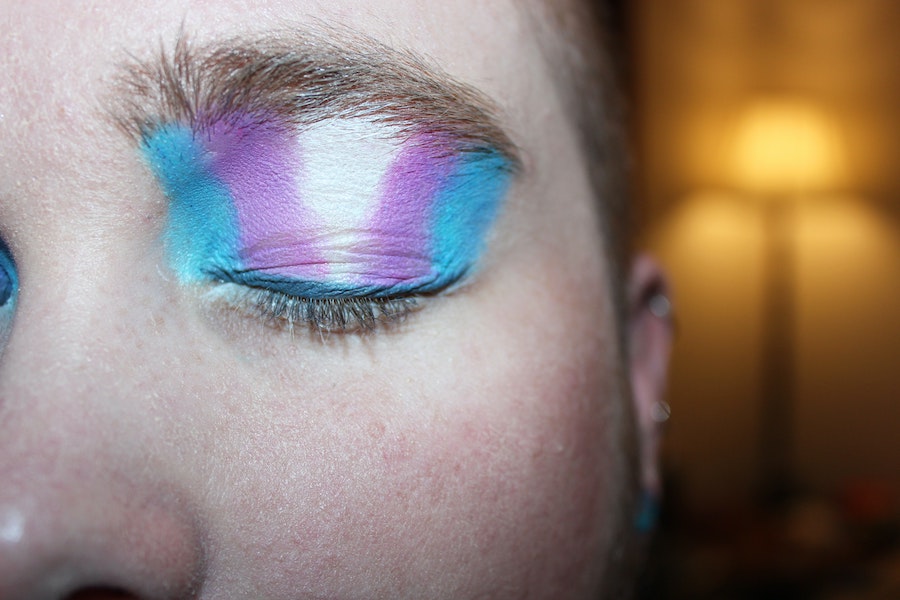 If you are as outraged as we are by last week’s directive out of Texas that equates gender-affirming medical care to child abuse and calls on licensed professionals and members of the general public to report transgender parents of minors to the authorities, keep reading.

Orders and bills like this one, as well as, Florida’s “Don’t Say Gay or Trans” bill and Indiana’s anti-trans sports ban are just a few of the many disturbing attacks against trans (and all LGBTQ+) children across the U.S. (Here’s an exhaustive, and sobering, list of legislation affecting LGBTQ rights across the country).

Even if you don’t live in Texas, it’s important to pay attention to what’s happening here, because the momentum will continue to grow unless we unite against it.

So we’ve spent time gathering resources to share so that we can all try to push back against this alarming and abusive development in Texas that goes against the advice of the American Academy of Pediatrics and the American Medical Association. And though many Texas pastors and individual counties have already vowed to fight back by refusing to enforce this directive, the damage is being done with one family already under investigation for possible child abuse. 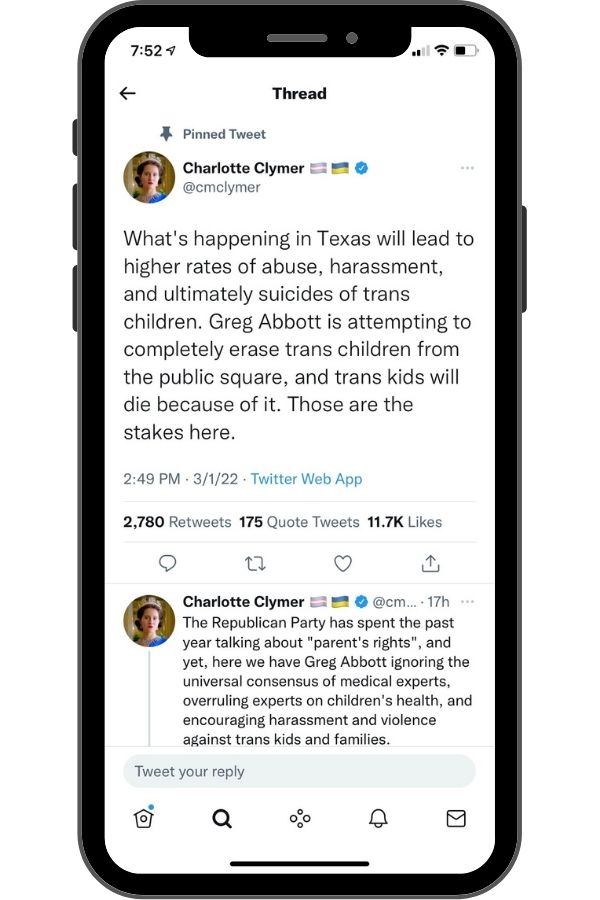 Again, even if you aren’t in Texas, our kids are watching, and reading, what’s happening in that state and may feel overwhelmed by the hostile rhetoric and just plain old meanness of it all. It’s our duty as parents to stand up for them and show support and love for them.

And while we know there’s so much going on right now that requires our attention and focus—particularly Russia’s invasion of Ukraine and what we can do to help—we know that we can, and must, multi-task to help support these young people and their families.

Top photo by Kyle on Unsplash

How to help transgender kids in Texas and beyond

Please note that this list may not include every organization, and we welcome comments below so that this can be as exhaustive as possible.

TENT (Transgender Education Network of Texas): Recommended by Karen Walrond, our long-time friend, podcast guest, and author of the amazing book The Lightmaker’s Manifesto, TENT is a leading organization in Texas supporting trans youth. They’ve helped defeat over 30 anti-trans and anti-LGBTQ+ bills, and their Twitter feed provides up-to-date information on what’s happening in the state. They’ve even made it easy for you to send a love letter of support and care to a trans person in Texas through March 4th.

Trans Pride Initiative: This Dallas-based organization works to provide assistance and support for transgender and gender diverse persons in areas of healthcare, housing, employment, education, and public accommodations. They have launched a letter-writing campaign to help people write to their state and federal legislators as well as contact state officials about this policy. 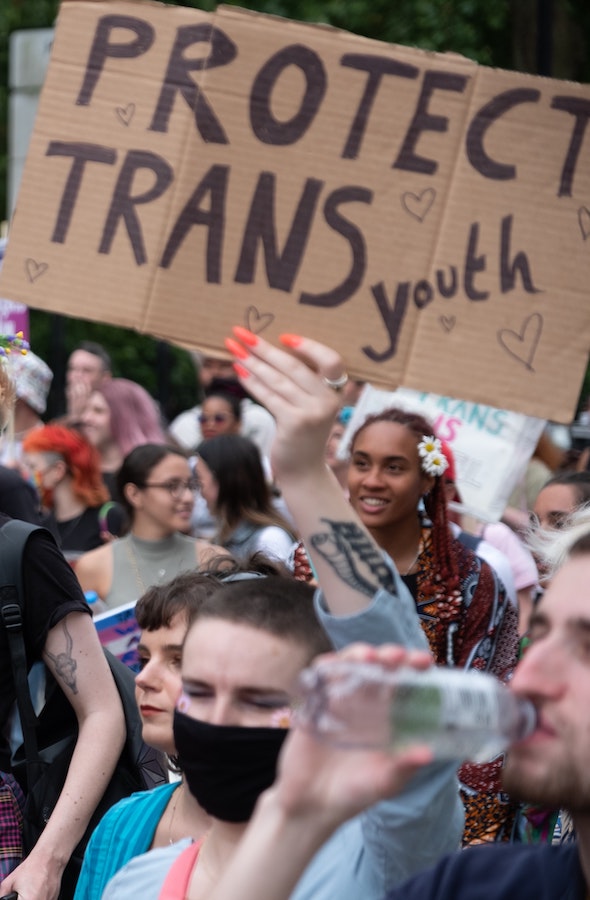 Equality Texas: Publishes a helpful 2022 Candidate Directory to help Texas voters select candidates that support LGBTQ+ equality and justice. Get out there and vote for change!

ACLU of Texas: The American Civil Liberties Union of Texas, which has been fighting for the rights of residents in the state since 1938, has already filed suit to block Texas from investigating parents who support their transgender kids.

Lambda Legal: This national organization uses impact litigation, education and public policy work to affect change and is currently working with the ACLU on the suit against Texas.

Texas Action Center for the National Center for Transgender Equality: Follow for updates on legislature and anti-trans bills to keep informed on what is happening in the state.

Related: How to be a compassionate parent of LGBTQ kids | Spawned Episode 254

Resources for Transgender Youth in Texas: Provides general resources about the rights of trans kids in Texas with information provided by the ACLU of Texas, Equality Texas, Lambda Legal, and TENT (Transgender Education Network of Texas). Their short video, Five Things to Know: Trans Youth in Texas, is a helpful intro about rights for trans youth and their allies.

The Trevor project: This national advocacy group focuses primarily on suicide prevention and crisis mitigation among LGBTQ+ youth. They’ve also made it easy to send a letter to Texas officials to try to block Governor Abbott’s directive from being enforced.

PFLAG: Huge national organization for LGBTQ+ and their allies with 17 independent chapters serving the state of Texas. Their Transgender Reading List for Children is helpful for families looking for resources to share with their kids.

GLSEN: Founded by a group of teachers in 1990, this national group of educators has thrown its support behind the trans youth of Texas.

Gender Spectrum: Provides support for transgender and gender-diverse young people and their parents with resources, online consulting, and groups.

Trans Lifeline: Safe peer support and crisis hotline, in English and Spanish, for trans people, staffed by other trans people. Friends and family can ask to be connected to their Friends & Family Line for any issues or questions they may have. 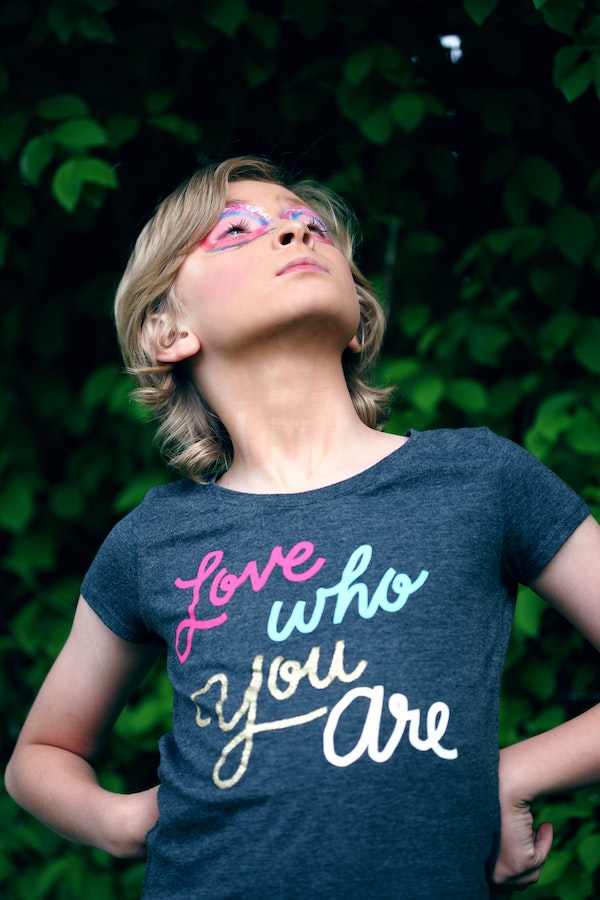 Photo by Sharon McCutcheon on Unsplash

Out Youth: Based in Austin and serving central Texas, Out Youth provides safe spaces for LGBTQ+ tweens through young adults to come together in a safe space to share experiences and offer support.

GLAAD: Continuing to work to push for cultural change in the acceptance for the LGBTQ+ community, GLAAD’s list of transgender resources is great for even further assistance.

The Equality Act: Finally, if we want to put an end to such draconian measures as what is proposed in Gov. Abbott’s directive, we must pass the Equality Act which will protect trans kids (and others!) by amending the 1964 Civil Rights Act to explicitly cover discrimination based on gender identity and sexual orientation. This Act has been passed by the House and awaits confirmation by the Senate. President Biden, who has a strong record supporting LGBTQ+ rights, is expected to sign this legislation if it passes.

In fact, eight-year-old transgender activist from Texas, Sunny Bryant, even attended last night’s State of the Union address as a guest of Texas Representative Sylvia Garcia (D). Like her name suggests, we are hopeful that, with continued pressure, the rights of transgender youth in Texas and across the U.S. could be much brighter in the near future.