What we can do to help Ukraine right now: Donate, share, call 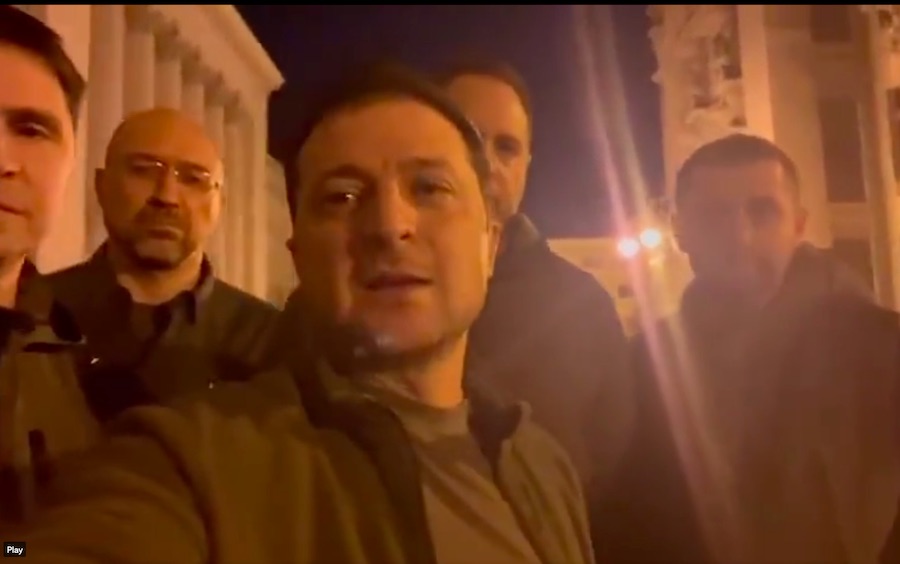 I know I’m not the only one worrying nonstop about citizens in Ukraine the past few days. Despite claims to the contrary, President Putin invaded Ukraine at multiple points on the Ukraine border this past week and seems to be targeting Ukrainian troops defending their national sovereignty as well as ordinary civilians in their homes, schools, and businesses.

From the visuals of cars lined up for miles, to people sheltering in subway stations, to the video we shared of a makeshift NICU in a bomb shelter (oof, our hearts), all the news feels so heavy. And it’s easy to feel helpless from this side of the planet. Even as we see the bravery of its citizens, led by President Zelensky, whose selfie video (shown at top) demonstrates the resolve they share.

But while I can’t solve a dispute happening across the ocean, I am finding some small comfort in gathering and broadcasting these small, actionable steps you and I can take to support Ukrainians right now. I’m so grateful for all the journalists covering this conflict and for the aid workers pitching in to support Ukrainians as they flea, fight, and rebuild.

Here’s how to support them.

Related: Our kids are sharing WWIII memes right now. Here’s how to talk to them about it. 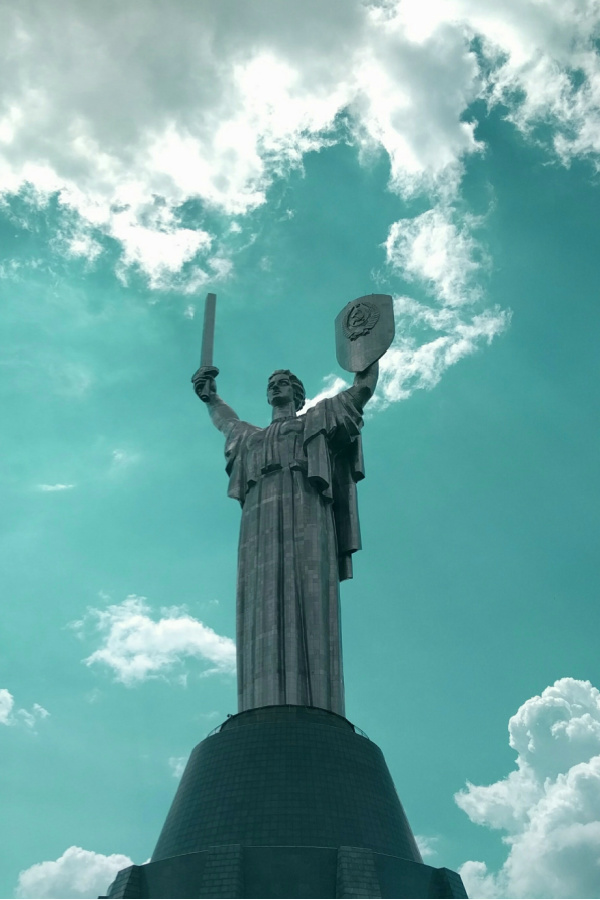 The Motherland Monument in Kyiv: Photo by Andrii Leonov via Unsplash

Donate to an aid organization

Razom for Ukraine focuses on raising money for “extreme and unforeseen” situations like the one we’re seeing right now. They’re currently raising money for medical supplies to treat Ukrainians injured by the Russian invasion.

Hospitaller is made up of volunteer paramedics and doctors who care for soldiers on the frontlines. They’re currently fundraising for all sorts of medical supplies, as well as fuel for vehicles and other necessities. You find instructions for donating to them, like routing and account numbers or Venmo and Paypal handles, on their recent Facebook post.

Voices of Children provides psychological support to children who’ve been affected by the ongoing Russian presence in Eastern Ukraine. As violence spread throughout Ukraine, I imagine their services will be even more in demand.

World Central Kitchen has been providing nutritious, fresh food for people in crisis since 2010 in so many areas including Puerto Rico, Beirut, and California. And they’re already on the Ukraine-Poland border serving meals to displaced Ukrainians; they’ll continue to scale up their efforts to feed refugees as they arrive.

International Rescue Committee works to provide immediate crisis support to refugees and then helps them find stability, whether that means rebuilding their home or resettling somewhere else. They’re currently raising money for the acute Ukrainian refugee situation.

Together Rising, the not-for-profit established by Glennon Doyle and Abby Wambach, has already committed $250,000 ($150,000 of which is on the ground now) for the most urgent needs of the Ukrainian people, like medical supplies, food, and cash.

Save the Children’s Ukraine Crisis Relief Fund is getting immediate aid to families who are in need of food, water, shelter, hygiene kits, and money.

Doctors Without Borders is a well-known non-profit that already has a presence in Ukraine. They provide much needed medical care, work with local healthcare professionals, and help people access their medications when in crisis.

International Committee of the Red Cross has been working in Ukraine for the past eight years and will remain active as long as help is needed. Along with providing humanitarian needs, they are also working to support hospitals, repair damaged homes and water stations, and reconnect families separated by the conflict.

International Medical Corps‘ Ukraine team is responding by expanding access to medical and mental health services, including COVID-19 awareness and prevention services for people who have been displaced.

The National Bank of Ukraine has opened up an account for anyone to donate directly to the Ukrainian military as they defend the country from Russia. Considering this army is now made up of any able-bodied person between the ages of 18-60, it is understandable that they could use outside support. This account accepts transfers from bank accounts in many different currencies, including, of course, USD. Donations to this account will help the Ukrainian Armed Forces stay equipped in the battle against their much larger aggressor, Russia.

If you feel uncomfortable giving money that may go toward buying weapons — even if they’re used in self-defense — I hear you. Instead consider donating to Come Back Alive, an organization that provides non-lethal supplies to the Ukrainian armed forces, like equipment, training, and support for veterans. 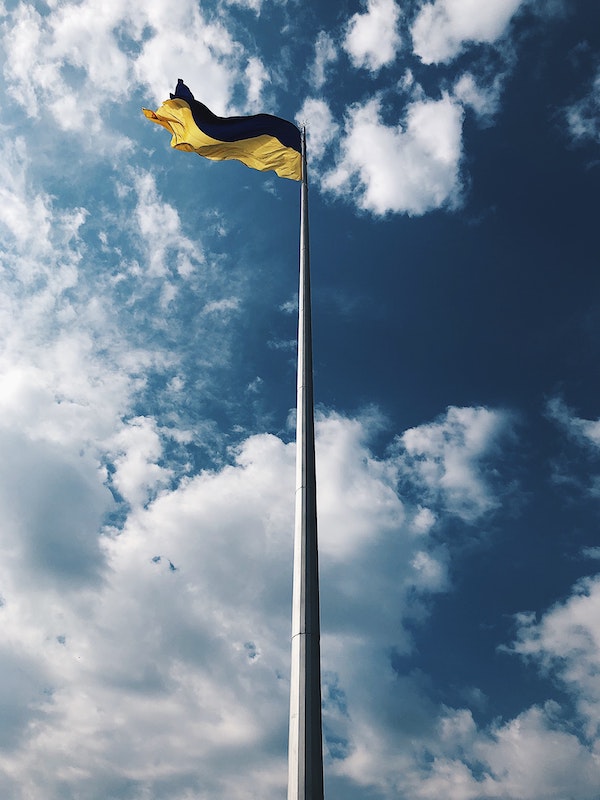 Photo by Daria Volkova on Unsplash

No matter where you live, you can contact your representatives and make sure that they know you support severe sanctions on Russia. Tell your congresspeople to pass the $6.4 billion humanitarian and defense aid package proposed by President Biden, and make it clear that you support the U.S. welcoming refugees from this and other conflicts.

Support and follow Ukrainian journalists and spread only verified information

Putin’s been trying to convince outsiders that Russia is in Ukraine for a peacekeeping mission, so make sure you’re following verified journalists who are reporting the truth — not propaganda. If you see people saying spouting Russian lies, please report their accounts to the social media platform you’re using.

@Kyivindependent is a highly-respected English language newspaper in Kyiv, and they’re posting frequent updates on the Russian attack. You can support them at their Patreon page.

@olgatokariuk is a freelance journalist tweeting live updates from on the ground in Kyiv.

@terrelljstar is a foreign policy journalist and podcast host reporting from Kyiv right now. So many of us were inspired by his interview with a Ukrainian friend gearing up to volunteer in the Ukrainian resistance, and he continues to provide vital information.

Slidstvo is an independent investigative journalism agency that’s been producing documentaries about corruption since 2012. They’re currently covering the Russian attack on Ukraine. You can support them through their Patreon page.

UKRPravda News was founded by investigative journalist Georgy Gongadze in 2000 shortly before he was killed. The site covers all Ukraine-related news, but especially focuses on abuses of power. They continue to be a great source of on-the-ground updates about the battle.