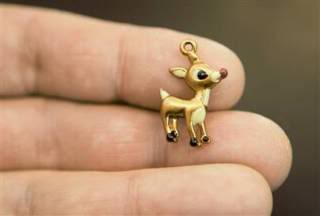 In 2007, a rash of recalls of mass-produced children’s toys, clothes, and jewelry, many containing lead, most of which had been cheaply manufactured in China, inspired us to create our first-ever Cool Mom Picks Safer Toy Guide.

Since then, we’ve been pleased to note, United States Consumer Product Safety Commission (the CPSC) has increased its scrutiny of both imported and domestically manufactured children’s products, focusing on reducing the threat of lead in particular.

However, the government’s initial response to the Year of the Really Scary Recalls — the Consumer Product Safety Improvement Act, still yet to go into full effect, and currently pending further revision — has garnered criticism from parents, consumer advocates and small business owners for placing too much of a burden on small handmade toy producers to test their own products, while not doing enough to prevent big manufacturers from putting dangerous chemicals in their toys. Sadly, it’s affected many of the small businesses we love and feature here.

And now, according to a report issued Sunday by the Associated Press, it appears that certain Chinese toy manufacturers may be exploiting a loophole in the law in a potentially dangerous way. In place of the toxic lead that the CPSC has focused on eliminating from children’s products, the AP reports some manufacturers are now using equally the hazardous metal cadmium, which is classified as an dangerous environmental toxin by the CDC.

Independent testing found cadmium levels as high as ninety percent in some children’s jewelry, and found potentially dangerous levels in everything from holiday Rudolph charms to princess necklaces.

It’s important to note that there have been no recent reports of any children actually getting cadmium poisoning by that discount store metal trinket. A child is not likely to get sick from simply wearing or playing with an item containing cadmium; just like with lead, the real risk comes from a child sucking on or swallowing a toy or a piece of jewelry with cadmium in it.

And, as of this writing, no specific cadmium-related recalls have been announced for any of the products mentioned in the AP article.

But cadmium exposure is bad for kids. In adults, chronic exposure at unsafe levels can cause kidney
disease, bone disease, and even cancer. In kids, some studies show cadmium
poisoning, just like lead poisoning, may cause behavioral or learning issues.

So if you do have some recently acquired jewelry or small metal toys of questionable origin lying around where a younger child may be able to get a hold of them and suck on or swallow them, you might want to consider replacing them with something safer, or at least putting them out of reach until more is known.

Also, HealthyStuff.org has been tracking cadmium levels in children’s products for years, and has good information on making safe choices for your family, as well as a database with testing information on more than 5,000 items for kids.

And of course, we’ll do our best to keep you apprised of any developments. – Jaelithe (guest contributor)