Cars 2 Review – The next Disney classic 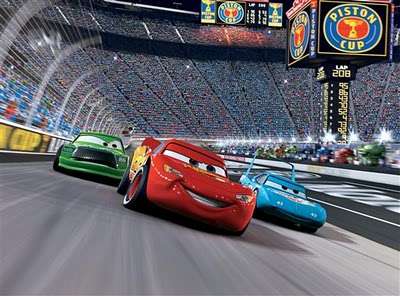 If there’s any movie that my kids have been counting down the days to see, it’s definitely Cars 2, the long awaited sequel to the uber popular Cars movie that was first released when I only had one kid. Since then, we’ve watched it countless times, collected various iterations of Lightning McQueen and all his Radiator Springs gang, and wondered when are they going to make another one.

Well, wait no more. The sequel is here, in 3D no less, and it’s definitely worth the wait.

The movie unfolds with a surprising James Bond-esque action sequence
starring new character Finn McMissile, voiced by Michael Caine. Think
the suave 007 but as an Italian car, with all sorts of bells and
whistles–or rather, guns and rockets– that come in handy as his secret
mission goes awry and he escapes the clutches of the bad guys. Or
in this case, bad cars.

In
fact, even though Cars 2 is a sequel, it includes an entirely new cast
of characters (in addition to those you already love) and a story line
that isn’t at all reliant on the first movie. If your kids didn’t see the
first one, don’t worry–they’ll be able to catch up in no time.

Parents will be interested to know the movie is tame enough for really young kids, with two small exceptions; the first scene might be a little scary if you have an
anxious little movie watcher like I do, and there is one part where the
bad guys “kill” a car. Otherwise, even the bad guys aren’t really that
bad, which is a nice change from the typical over-the-top evil Disney
villains we’re used to seeing.

I did notice that the dialogue isn’t as witty and funny as you may be imagining after Disney releases like Tangled or Toy Story 3.
Clearly Cars 2 is all about appealing to action-hungry kiddos (and
adults), both boys and girls. Don’t get me wrong, my son and I laughed
out loud at several parts in this movie, but you’re definitely going to
be more enthralled by the race sequences (particularly amazing
in 3D) than the actual script.

The new characters, like Finn and
Holly, are not as “lovable” as the original Radiator Gang, but they
definitely hold their own special appeal. Which means prepare
to be swimming in Cars 2 merchandise requests before your popcorn is even empty. Disney has never employed
so many licensing partners and created so many different products around a
single release. So you’ll find Cars 2 on everything from clothing to
some very cool toys, and even Perdue whole grain chicken nuggets in the
shape of lightning bolts and, well, cars.

If my son’s reaction is
any indication, Cars 2 will definitely be the next Disney classic. Not
just because it’s a sequel to an already popular movie, but because it
alone is exactly what you’d expect from Disney and Pixar. And that’s a
good thing. -Kristen

You can catch Cars 2
at a theater near you June 24. Find out more on the Cars 2 Facebook page – 3 million fans and counting! Thanks to Disney partner Perdue for
including Cool Mom Picks at the red carpet Los Angeles premier where we
got to brush elbows with the Beckham family. Yes, he’s hot in person.
And darnit, so is she. Even pregnant.

Saturdays are for giving yourself your own ballet