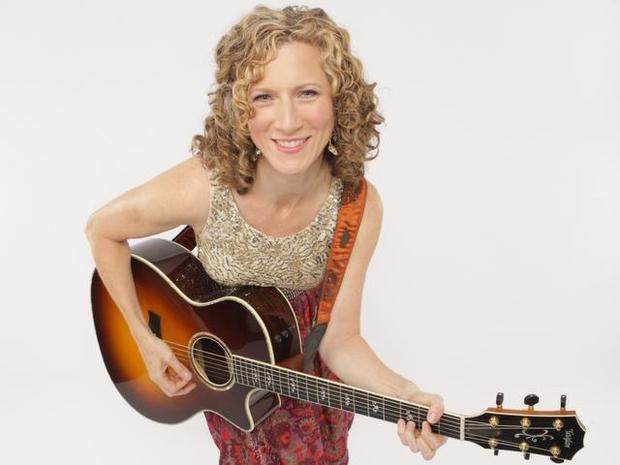 If your kids can’t get enough of Laurie Berkner’s music, they’re going to eat up the news that she’s coming to Sirius XM’s Kids’ Place Live this weekend–and throughout the year–to promote healthy eating. Oh, and play lots of tunes, too.

Her new hour-long program Laurie Berkner’s Garden: Eat, Play, Grow will air multiple times from Friday night through Sunday and stars both Laurie herself and Kids’ Place Live’s awesomely fun Mindy Thomas. This weekend’s show will also feature Catherine McCord, whose cookbook Weelicious has saved more than a few dinners in our home.

With four different shows planned to air around the start of the four seasons, this weekend’s show will have an “Apple & Pumpkins” theme full of recipes, gardening songs, an interview with a grower at a farmer’s market, and even some “kid on the street” Q&A’s to add a healthy serving of humor. Knowing Laurie, this will be a feast for your kids’ little ears.

Tune into Laurie Berkner’s Garden: Eat, Play, Grow this weekend on Sirius XM’s Kids’ Place Live. The hour-long show will air Friday at 10pm, Saturday at 9am and 5pm, and Sunday at noon, EDT.