The great Santa debate: The magic of childhood or the end of trust with your children as you know it? 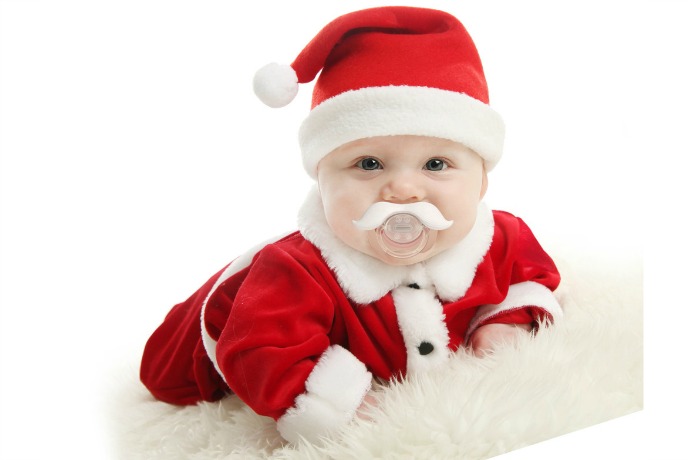 Each year around this time, we sit back (sometimes with popcorn) and we watch the passions ignite and the tempers flare and the tears flow as parents, psychologists, and armchair experts of all kinds debate the merits of Santa. It’s amazing how many strongly held perspectives there are (and they’re all right in their own way, of course) and what incredible emotion this topic inspires. So, we’re jumping on in, as we tend to do, and offering our own perspectives on this week’s episode of Spawned with Kristen + Liz while sharing some other perspectives that you might not had considered.

Plus, we discuss how to answer the question, “how does Santa get into a New York apartment building without a chimney, Mom?” Yeah, Liz kind of whiffed that answer. Maybe you have a better one.

We’d love to hear what you think! So step away from the candy canes sharpened like makeshift shivs, take a deep breath, relax and have a listen: 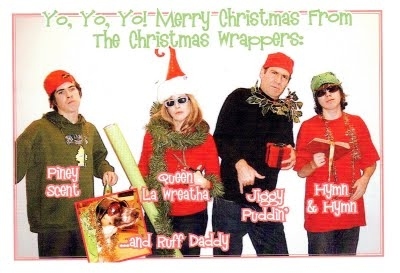 – Have holiday cards jumped the shark? Everyone’s trying to outdo each other with “hip” holiday cards that often miss the mark. Check out the cringe-worth offerings at the Someecardsblog, this one on Buzzfeed and the latest controversial viral Christmas photo sensation that Yahoo calls “creepy” – and yes, we know humor is subjective.

– We like Minted, who did Liz’s holiday photo cards this year.

– E-Cards are a great option for holiday cards, especially if you are running a bit late. We’ve got plenty of E-card recommendations on both Cool Mom Picks and Cool Mom Tech to help you out! 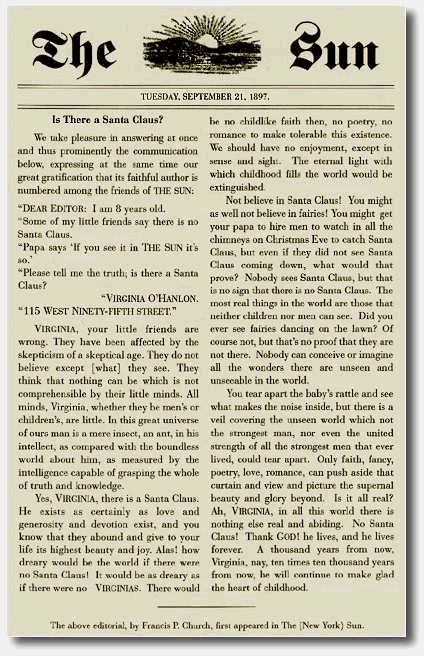 The original Yes Virginia…editorial in the New York Sun. Read it at this link.

–  The Santa debate on a Mom 101 post. Check the comments for some great perspectives on all sides.

– One argument in the pro-Santa camp: St. Nicholas was a real man and we continue his tradition.

– We love Martha Brockenbrough’s letter to her daughter a letter about Santa that was subsequently picked up by Lisa Belkin of The New York Times. Is it the new “Yes, Virginia…”?

-The other perspective: David Kyle Johnson, author of The Myths that Stole Christmas, writes in Psychology Today encouraging parents to Say Goodbye to the Santa Claus Lie. He elaborates in this blog post, Against The Santa Lie.

– Melinda Wenner Moyer writes on Slate about how Santa is a “good lie” and how children can differentiate between good and bad lies aroun age 8.

– Liz’s daughter’s hilarious question about Santa when she was 5. 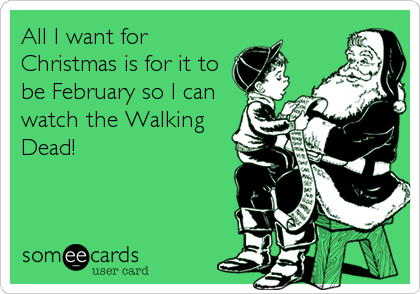 -Also, Liz admits she’s totally braindead (ha) and sleep deprived from binge-watching The Walking Dead. If you haven’t seen it yet and you don’t mind seriously disgusting things coupled with amazing storytelling, jump on in! After the kids are in bed.

Liz’s Cool Pick of the Week: Little Loving Hands craft kits which have a give-back component built right in.

Kristen’s Cool Pick of the Week: OMY large coloring posters to keep more than a few kids (and adults) busy over the holiday break.

Thanks for tuning in! If you have any ideas for shows or questions, if you want to weigh in on the Santa discussion, feel free to email us at spawned@coolmompicks.com (we write back, promise) or tweet us @coolmompicks with hashtag #SpawnedShow. (We write back there, too!)

And hey have you left us a review or rating yet? If you like our show, we’d be so grateful! It helps other people find our podcast, and gives us that warm, Santa-like feeling inside.