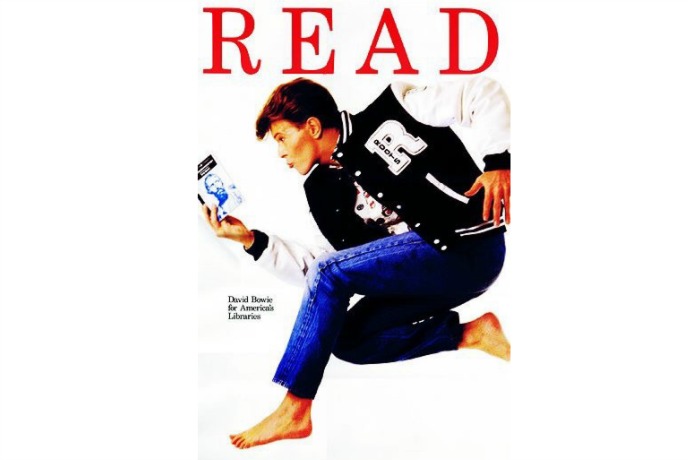 There’s no question that David Bowie had a huge impact on the world of music, which is partly why we can’t stop talking about him. So today we are so happy to discover that the iconic 1987 David Bowie READ poster has been reissued by the American Library Association.

As part of an entire series of ALA celebrity posters started in the 80’s, David Bowie, an avid reader, was one of the first celebrities to agree to pose for the campaign. He looks pretty spry for 40 in his letterman jacket, doesn’t he? A far cry from his look in Labryinth.

At 22″ x 34″, this would be a great poster to hang in your kid’s room, or perhaps to donate to their school library.

Another neat thing to note: Celebrities who participated in the ALA’s READ campaign were allowed to chose their own book to pose with. David Bowie chose Dostoevsky’s The Idiot, a story about a purely good man whose goodness is interpreted as simplemindedness. Interesting choice, isn’t it?

David Bowie’s 1987 READ poster for the ALA is available for preorder now; copies will ship in early February. You can also download a smaller version of the poster for free.