Finding Dory review: What to expect before you take your kids 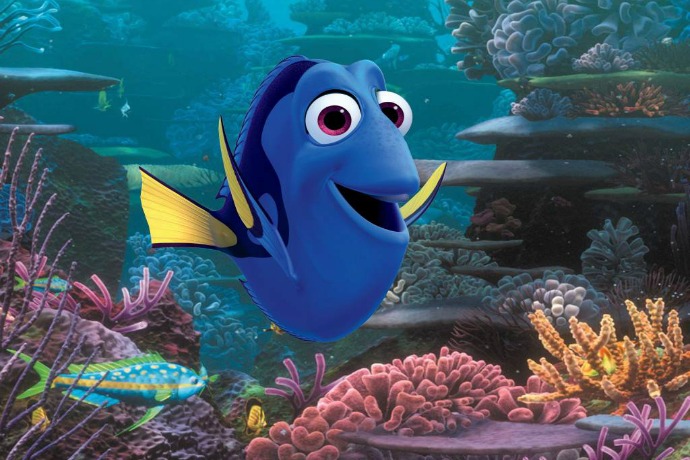 This past weekend, my family and I braved the crowds to catch the new Finding Dory movie, the long-awaited sequel to the perennial favorite, Finding Nemo. With kids ranging in age from 5 up through 12, I was hoping it was something they would all enjoy, and thankfully I was right, though I think I might have laughed the most.

While I don’t feel as though it was as funny or enjoyable as Finding Nemo, the kids were all glad we went, which is a pretty big deal if you’re like me and have a couple of very anxious movie watchers. And it’s not just because they got to have candy.

If you’re wondering if you should take your kids to Finding Dory, here are my thoughts, without giving too much away. Mostly.

So, unlike Finding Nemo, where you spend the whole movie following along with Marlin as he searches for Nemo, in Finding Dory, you’re along with Dory on an adventure to find her parents. As the memories of her childhood come back to her in bits and pieces, she decides she needs to find them.

After a little bit of a slow start, there are lots of funny moments and clever jokes (some of which only the grown-ups will get) interspersed with very emotional moments; you’ll experience the strong theme of separation, first when she loses her parents, and then when she loses her friends on and off throughout the entire movie.

While I did find the new characters to be charming and funny, I don’t think they had the same endearing, memorable quality as those in Finding Nemo. But maybe that’s just me. I was really hoping the sharks would make a big comeback in this one.

As far as truly scary moments, there weren’t really any, save the chase scene with a giant squid (above) pretty early on in the movie. Instead, it was more the stress of Dory trying to find her parents, and her friends trying to find her, that might affect particularly anxious or sensitive kids, though not surprisingly, all was resolved at the end, several times actually. Sort of a triple happily ever after.

Related: An honest review of Inside Out

I really appreciated that they showed various ways that Dory was able to successfully work with her disability, or as she calls it, “short-term remember-y loss,” though as another reviewer pointed out, there were a couple of other characters that might be considered differently-abled that brought in laughs based on their quirks. That being said, Becky, the disheveled bird, was a heroine of sorts and coincidentally, my son’s favorite character.

I think it is great for kids to see how someone with a challenge is able to embrace it and work with it, which is something everyone can learn from, quite frankly. And while I didn’t necessarily find this new cast of characters as memorable as the original, I will say I love how many of them have special needs of some kind, and how those needs aren’t seen as hindering them but rather, as just part of who they are.

As a parent, I’m pretty sure you can’t help but connect with Dory’s parents, from their worry of her being able to join the other kids at school, to the ways they try to assist her in coping with her challenges.

And I’d be remiss not to mention the strong theme of ocean conservation, which is an important topic for kids to learn about and one that this movie does with humor. (Hint: You might want to brush up on your answer to “Who is Sigourney Weaver, Mom.”)

Overall, my kids really loved it, and while they, well the older ones, at least, all said they loved Finding Nemo way more, they still gave Finding Dory two thumbs up. For me, I’d just as soon waited until it was available for streaming, but if you’re looking for a respite from the heat this summer, it’s definitely a fun way for the entire family to spend an afternoon or evening.