Why I’m emotional about 19th Amendment Day this year, and links to help kids understand the importance. 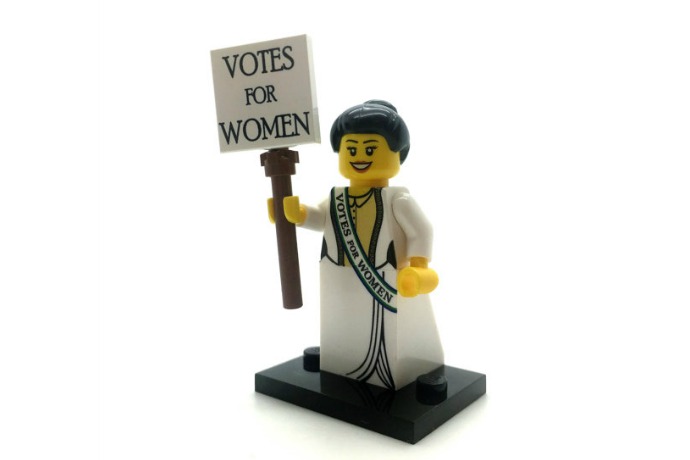 I am finding myself a little choked up today, on the anniversary of the 19th amendment, in a way I can’t recall ever feeling before.

Maybe it’s because this is the first August 18 in which we have a female presidential nominee from a major party. Maybe it’s because this is the first presidential campaign year in which my daughters are old enough to be interested and following along, and I can start to see their own paths as educated and engaged voters of the future. Or maybe it’s just because I’m hitting the age myself where I have enough life behind me to be truly aware of how slow and painful and difficult enacting change can be, especially when it comes to overcoming discrimination of all kinds.

This year, I find myself acutely aware of the important difference between protesters and activists — and how, while we need both, we especially need those activists changemakers who “get stuff done,” as Tina Fey so perfectly put it.

So I really want to honor those, like the suffragists, who put in the work, so we can all reap the results.  And one way for me to do that is spend a little time, quietly with the kids, explaining why Mom is so verklempt talking about this stuff.

Here are a few links I’ve found that plan on sharing with my kids, and maybe they’ll help you too. Especially if you want to explain why we as women should never take our right to vote for granted.

-19 facts about the 19th amendment on Mental Floss

–The biographies of Victoria Woodhull and Shirley Chisholm

–Women’s Suffrage video for kids on Brain Pop (requires a subscription; your school may have a code)

I’ll also be sharing the history of the Voting Rights Act on the ACLU site, because it’s important to know that while the ratification of the 19th amendment legally gave all women to vote, in practice it would be another 45 years before hundreds of thousands of women of color could actually exercise that right. And even today — even this very week — there are a lot of battles we still have to fight.

Top: Alice Suffragette Minifig from a the Abstract Minifig Etsy shop. It pays tribute to Alice Paul, who co-founded the National women’s Party in 1916.