5 reasons we’re excited for a groundbreaking new comic from Marvel that celebrates diversity. 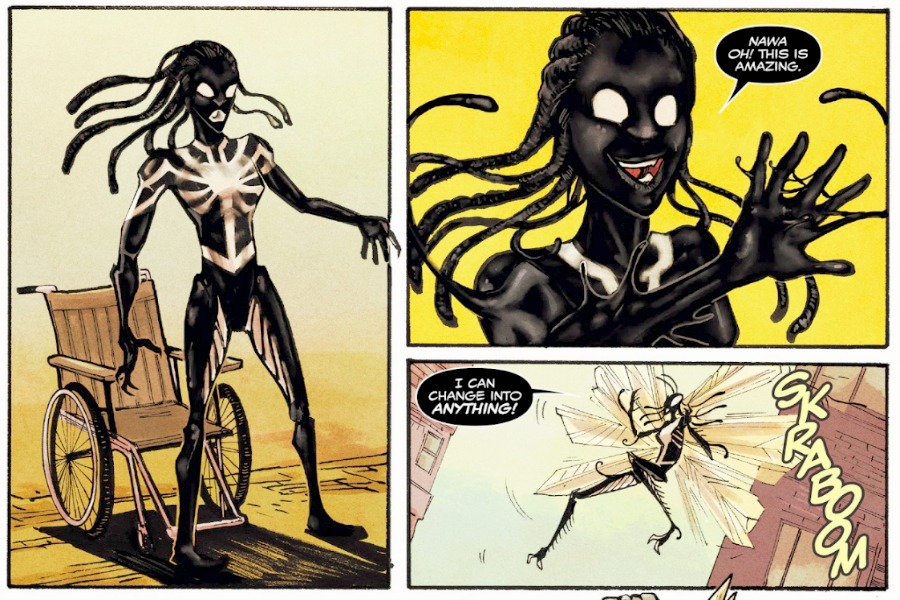 Plenty of comic fans and geeks of all kinds are counting down the days until November 8. That’s they day you can get your hands on the much buzzed-about Blessing in Disguise by award-winning Nigerian-American writer Nnedi Okorafor.

It’s an 8-page comic in Marvel’s anthology Venomverse: War Stories #1 and it’s rife with potential. In fact, even if you’re not a comic fan, I think this is one groundbreaking comic you might want to pay attention to.

As a fan of smart graphic novels with girl power and the need for diversity in all of our kids’ reading material, here are five reasons my girls and I are excited to read the story,

Blessing in Disguise is written and illustrated by women.

That’s a big deal in an industry where gender diversity still remains a massive problem.

It’s the first Marvel story to be set in a real African country (The Black Panther’s Wakanda doesn’t count) as well as the first to feature a Nigerian superhero who appears alongside other well-established Marvel characters from Venom to… well, The Black Panther.

Considering The Black Panther is about to blow up with the 2018 Black Panther movie release, his inclusion is a terrific boost for this new franchise.

The comic features a teenage girl named Ngozi named after Okorafor’s real life sister. I love that we are seeing more strong female superhero role models in the comics genre but this one is particularly special. Because she’s drawn in the likeness of one of the Chibok girls.

This harrowing news story of girls abducted from their boarding school by Boko Haram insurgents in northern Nigeria in 2014 captured the world’s attention and inspired the viral hashtag #BringBackOurGirls.

To honor their story with a comic superhero is a remarkable tribute. 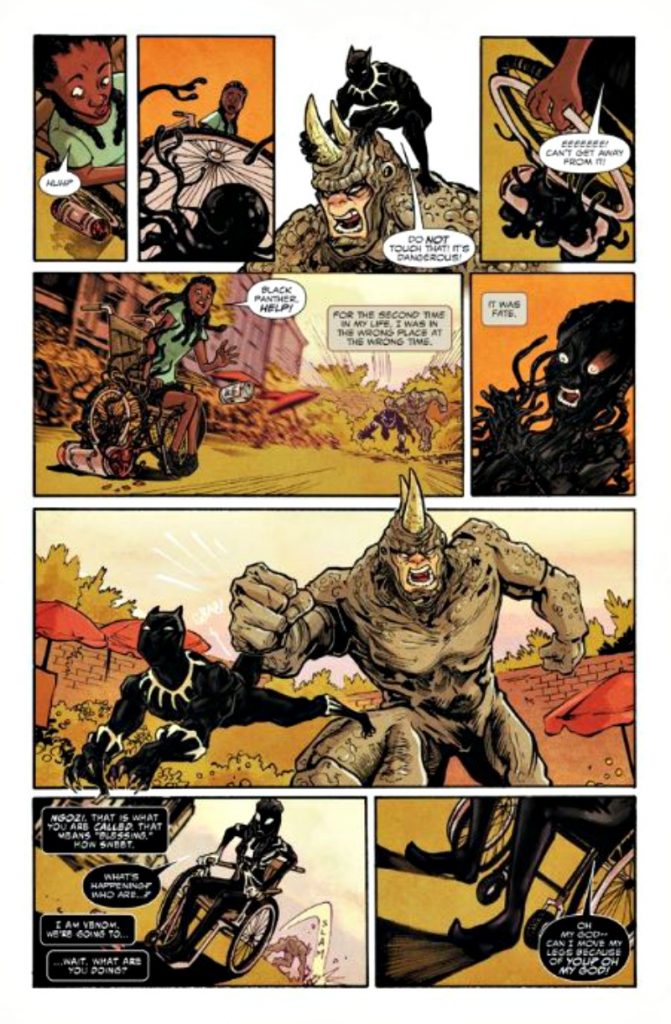 Ngozi is depicted as a girl who with a disability from injuries she received in a bus accident. She relies on the use of a wheelchair until she is transformed into an insect-like superhero.

I think it’s so empowering to show that differently-abled people can be fierce superheroes! And I imagine there will be quite a few boys and girls out there who will be thrilled by this story point.

Like all superheroes, Ngozi is a badass. But her power comes from not brute strength (no offense, Hulk) but from her perseverance and determination — traits that we want to see in our own kids. It’s this kind of stronger, more complex character development that I think is going to differentiate this female superhero from others, and has the potential to make her a true role model for so many young readers.

Venomverse: War Stories #1, which contains “Blessing in Disguise” by Nnedi Okorafor, is available on November 8, 2017. You can pre-order your copy at Marvel’s website.