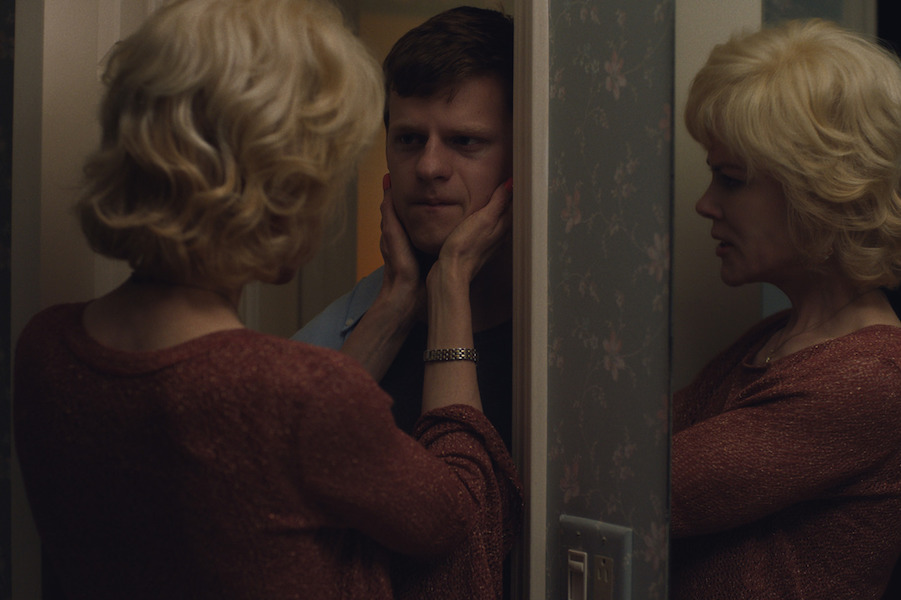 It’s been over a week since I saw the brand new movie Boy Erased and I can’t get it out of my head.

As an avid human-rights supporter and the mom of two activist teenagers, I spend a lot of time trying to be less angry these days than I have been. The world feels so full of hatred, racism, anti-Semitism and negativity right now, and it’s not quite the place I want it to be for my kids. We are waking up to new legislation and policy proposals daily that are impacting our children, and I can’t sit by idly when instead, I can be fighting for those I love who need protection and support the most.

Earlier this month, a memo was leaked from Trump administration proposing a new legal definition of sex and gender that refutes the science of it. It’s one of their most drastic in a series of cruel policy proposals that discriminate against LGBTQ people.

The idea that the estimated 1.4 million trans people in America can be erased from our culture by is unacceptable to me as a mother, but above all, as a human being.

Call me a flaming liberal, if you want — I’ll take it — but people simply can’t be erased.

So when a movie comes along to help teach us about people whose lives are different from our own, especially when they’re among the most persecuted and misunderstood groups, it helps to remind us how many people in the world really need more love, compassion, and kindness from us. I’d say that’s a good thing.

Related: Why the Wonder Movie makes our editors’ top 10 of the year 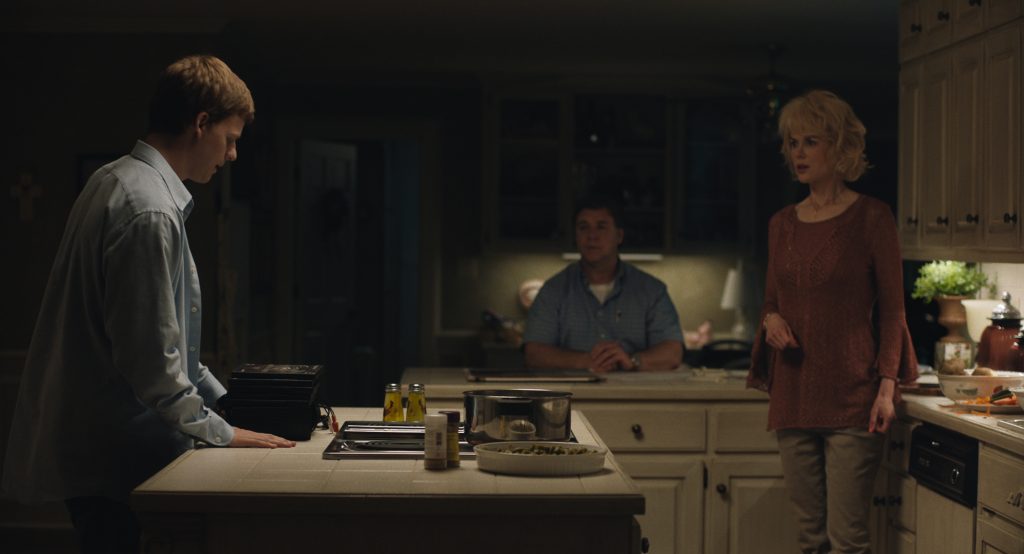 Boy Erased, directed by Joel Edgerton (The Gift), is based on Garrard Conley’s acclaimed memoir, Boy Erased: A Memoir of Identity, Faith and Family. The film focuses on Jarod, the young son (Lucas Hedges) of a Baptist pastor grappling with his sexuality, who is outed in college to his parents (Nicole Kidman, Russell Crowe). Their response is to send him the Memphis chapter of Love In Action (LIA), an “ex-gay Christian ministry” created in 1973 with the attempt to “convert” him back to heterosexuality through cruel, arguably unethical methods that have been refuted by the American Psychiatric Association, the American Medical Association, the AAP, and scores of other doctors and scientists around the world.

Jarod’s time in this institution, as you might imagine, is depicted a horrifically painful experience and it’s brutal to watch. I could feel my eyes burning during the scenes where he was tormented by the leader of LIA as part of the process to remove his “gay sins.”

Through the film, I kept waiting for his parents to catch on to his suffering and put an end to it, but it took time. A lot of time.

Fortunately, his mother begins to recognize signs of her son’s distress during “treatment” and (slight spoiler if you’re not familiar with the true story) eventually finds the resolve to do what’s right by her son, remove him from the center, and to stand up to everyone in her way.

I live for my children, but I make mistakes. After all, I’m only human. And like so many parents, I no doubt have certain expectations for my children based on my own upbringing and background. However part of becoming a good parent is learning to separate ourselves from our children, and see them for who they really are, and not just who we want them to be.

Sometimes parenting is about learning to love the very things about our children we would choose to change if we could, however hard that is.

As I watched the credits roll, I wondered how Nicole Kidman’s real-life counterpart, Martha Conley, would spend the rest of her life. Does she feel guilty? Does she still have feelings of homophobia? Would she work to change hearts and mind of the parents of the tens of thousands of kids still being sent to these conversion therapy centers?

So I was fortunate to be able spend time during press interviews in New York City with Martha and Garrard. 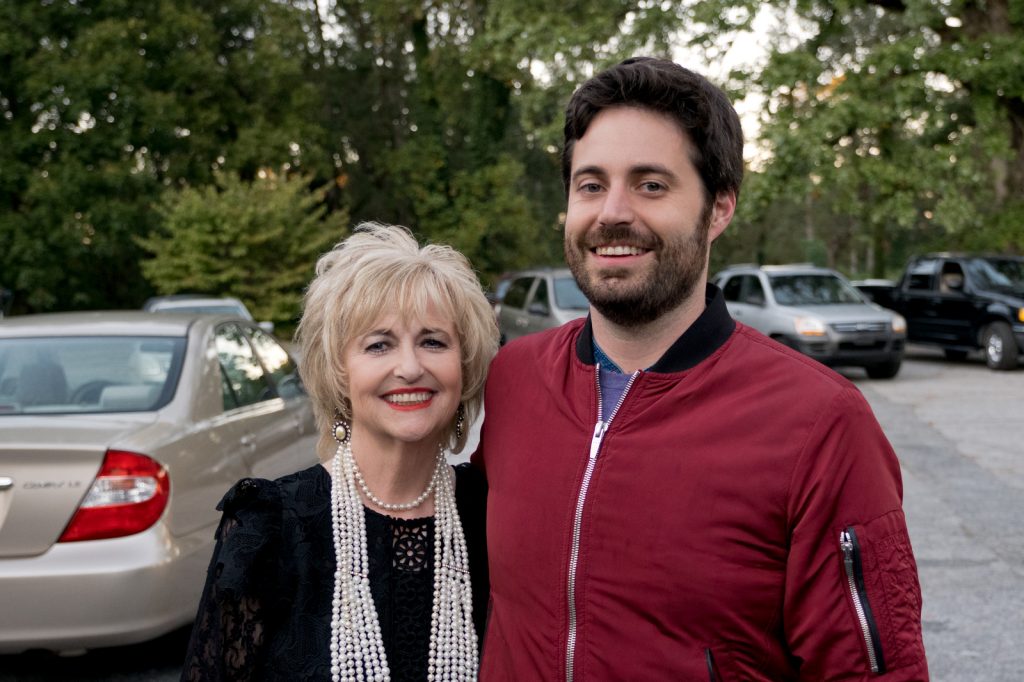 I asked them what it’s now like to relive such painful moments on celluloid.

“What’s interesting about memoir,” Garrard told me, “is that you have to reconstruct history using your mind, which is not the most credible recording device.” He described how jarring the experience it to actually see his own life portrayed on film, but added that in some ways, “it’s cathartic and freeing to see it transformed to a different format.”

Martha told me that when she first saw the movie at the Toronto Film Festival, she did everything she could to hold back the tears, and gripped Garrard nearly to death.

(I imagine any one of us would have done the same.)

She also added something I didn’t entirely know from the film — that when Garrard was at the center, he wasn’t allowed to describe his experience to her at the end of each day. Martha told me that she “just started watching his demeanor everyday get deeper and deeper in the hole,” and as a mother knows her own child, the was able to recognize so major red flags.

Only then did she begin to research gay-conversion therapy, learning that it’s outlawed in nine states and has been denounced by reputable medical groups worldwide.

“Yes, I have guilt,” she confessed. “Conversion therapy is not good, contrary to what you’re told.”

“We want it to be illegal,” she added.

And there you have it. 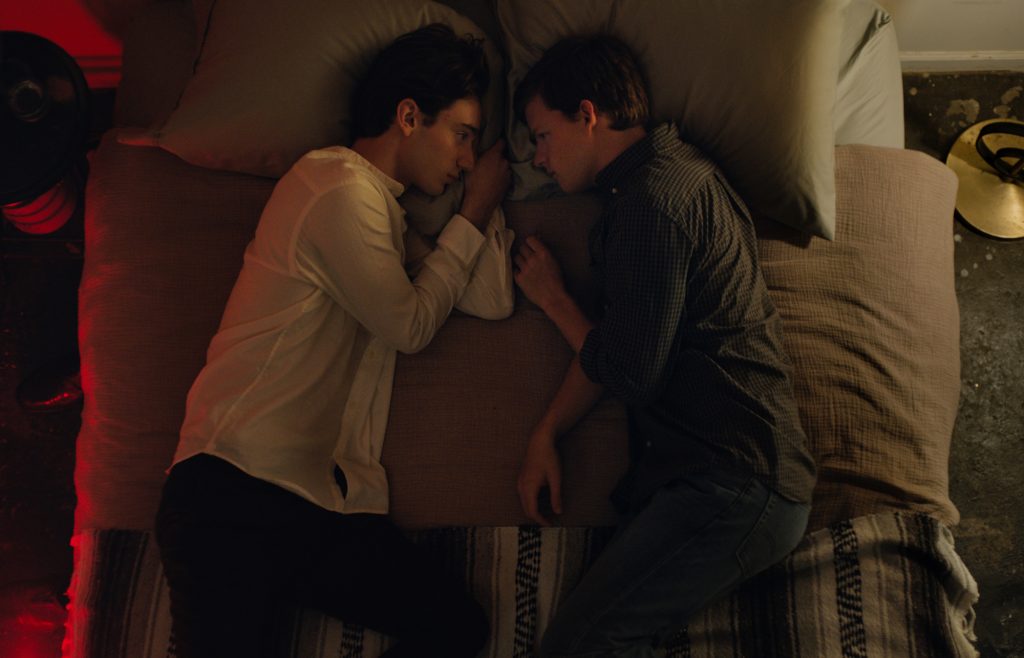 Currently, Martha is working toward this very goal. Which is why she’s sharing her family’s difficult story widely with audiences around the world.

But she has a lot of work to do.

There are currently 36 U.S. states that don’t have laws against conversion therapy, which amounts to the legalization of child abuse. Personally, I find that incredibly frightening. And from a medical standpoint, it’s not only an ineffective treatment, but the results can be dangerous and traumatic; many “patients” become lonely, unhappy individuals who never achieve acceptance or satisfaction. In fact, the American Psychiatric Association documents the risks of depression, anxiety, self-destructive behavior, and even suicide.

(Ed: If you were born heterosexual, imagine being forced to endure therapy to “make you gay” and renounce your attraction to the opposite sex. Think about what that would do to you psychologically over time.)

Garrard is committed not to sit silently as new legislation is being proposed that negatively impacts the LGBTQ community. He also discussed how many resources are available to parents — and to children — to educate themselves right now. “We live in a world where there are national hotlines designed to help youth, like The Trevor Project, where you can call in and talk to someone who can help. That’s a great resource that I didn’t have growing up.”

“The internet is magical,” he added. “It doesn’t save all or get you out of a bad situation…but there are resources.”

And in that sense, Boy Erased may be magical too. It has the ability to educate a lot of parents about challenges of being LGBTQ+ in a world that’s not always so accepting. It can encourage us to seek out more information that may help our own children or family members one day. And above all, it reminds us that even in the worst of times, we can’t just erase our children.

Conversion therapy is definitely not the answer for LGBTQ+ children.

Boy Erased is playing now in select theaters across the country and launching widely Nov. 16, 2018.
Visit the site for details and watch the Boy Erased trailer here.

If you’re confronting these issues in your family, there are so many people here for you!
Great resources include Stop Erasing, The Trevor Project, PFLAG
and download the Human Rights Campaign report “Just as They Are.”

If you need immediate help by phone, call

Holly Rosen Fink is a writer, theater nerd, movie fan, and communications exec living in the NYC suburbs with her (also entertainment-loving) kids. She's the publisher of The Culture Mom, detailing her adventures as a culture and travel enthusiast.
Bio
Twitter
Instagram