London with teens: 12 things to see and do with your older kids 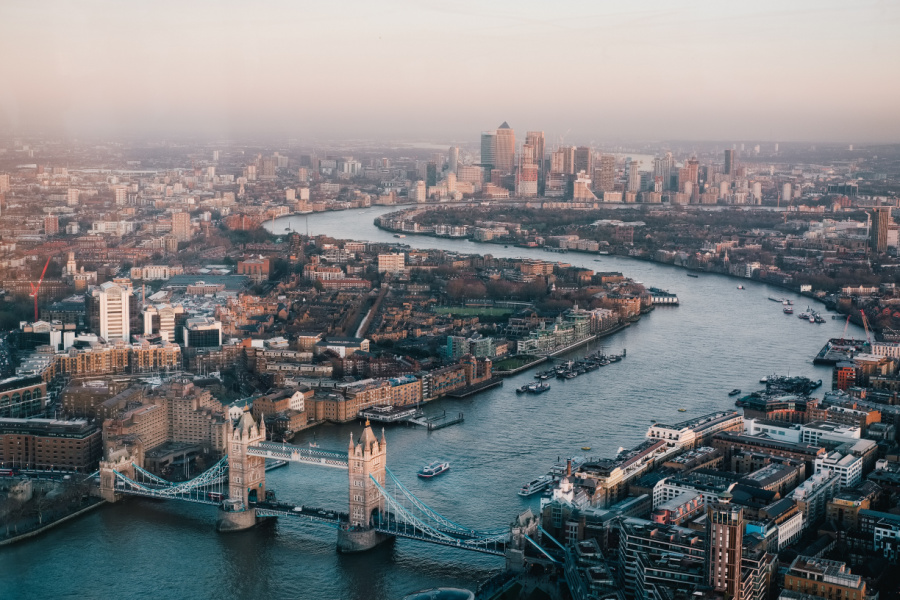 This summer, I spent 4 glorious days in London with my teens (and tweens). I was so excited to share one of my favorite cities with my kids. But traveling as an adult to London is way different than bringing kids, which is why I did a ton of research and a whole lot of planning before.

This amazing city has so much to offer, and while we packed a whole lot into our trip, we were only there for four days. Here, 10 things to see and do in London with teens, all approved by actual teens (and their younger siblings).

We had so much fun on our Fat Tire Bike Tour in Paris that it was the first thing I looked into when I started planning our London trip. Turns out, they had seen my glowing review of our Paris tour and graciously offered to host us in London. I’m so glad we started our trip with the Royal London Bike Tour. Our guide Fran took us past palaces and memorials that we otherwise might not have been able to see during our short trip, and provided a wealth of interesting factoids.

And other than biking on the left side of the road, the tour is extremely laid back and easy, even for those of you (like me), who haven’t ridden a bike in a very long time. This is a fabulous way to see the city, and I highly recommend doing this, particularly early in your trip, if not first.

When I asked my Facebook friends if they had any “must-sees” on their London travels, several of them with teens recommended the London Dungeon. Hilariously, my single no-kids friend who lives in London was like “NOOOOOO” because her feeling was that it was a bit cheesy and touristy. And yes, it was a bit of both, but my kids had a blast. It was one of their favorite things that we did.

It’s definitely for older tweens and teens, so if you’ve got younger kids in your group, it’s a good opportunity to split up. There are several playgrounds in Hyde Park and the surrounding areas that your younger kids will enjoy while the big kids get their scare on.

Related: Traveling to Iceland with kids – everything you need to plan your trip

We bought combination London Dungeon and London Eye tickets, which I highly recommend. We timed it so that once we were done with the Dungeon, we could walk over and get right on the London Eye for our timed entrance because they’re in very close proximity. Not only did it save us a lot of money, but it was super convenient.

A few people told me that it wasn’t worth the hype, but my family really enjoyed the view. Pro tip: Go during magic hour! It’s a beautiful way to watch the sunset, and the photos are amazing!

Tower of London (with a private tour)

Again, a few astute friends recommended that I splurge on a private tour. I did some research and found Context Travel had some of the best ratings, and offered a special family tour. They kindly offered us a complimentary tour, but let me say I would 100% save my pennies to do this again.

Our guide Jess was a super knowledgeable historian, not to mention an entertaining character, and we were all mesmerized by her stories for the entire 2 hours she was with us. She pointed out so many things I had never even known about the Tower, and really engaged with the kids. We all learned so much.

It’s definitely pricey, so keep that in mind, but it’s a great pleasure to have a guide with just your family, weaving in and out of the crowds, and in some cases, skipping lines, which can help you save time to see other things in the city. And it’s especially wonderful for teens (well, certain ones, anyway) who might otherwise not be interested in this historical spot. 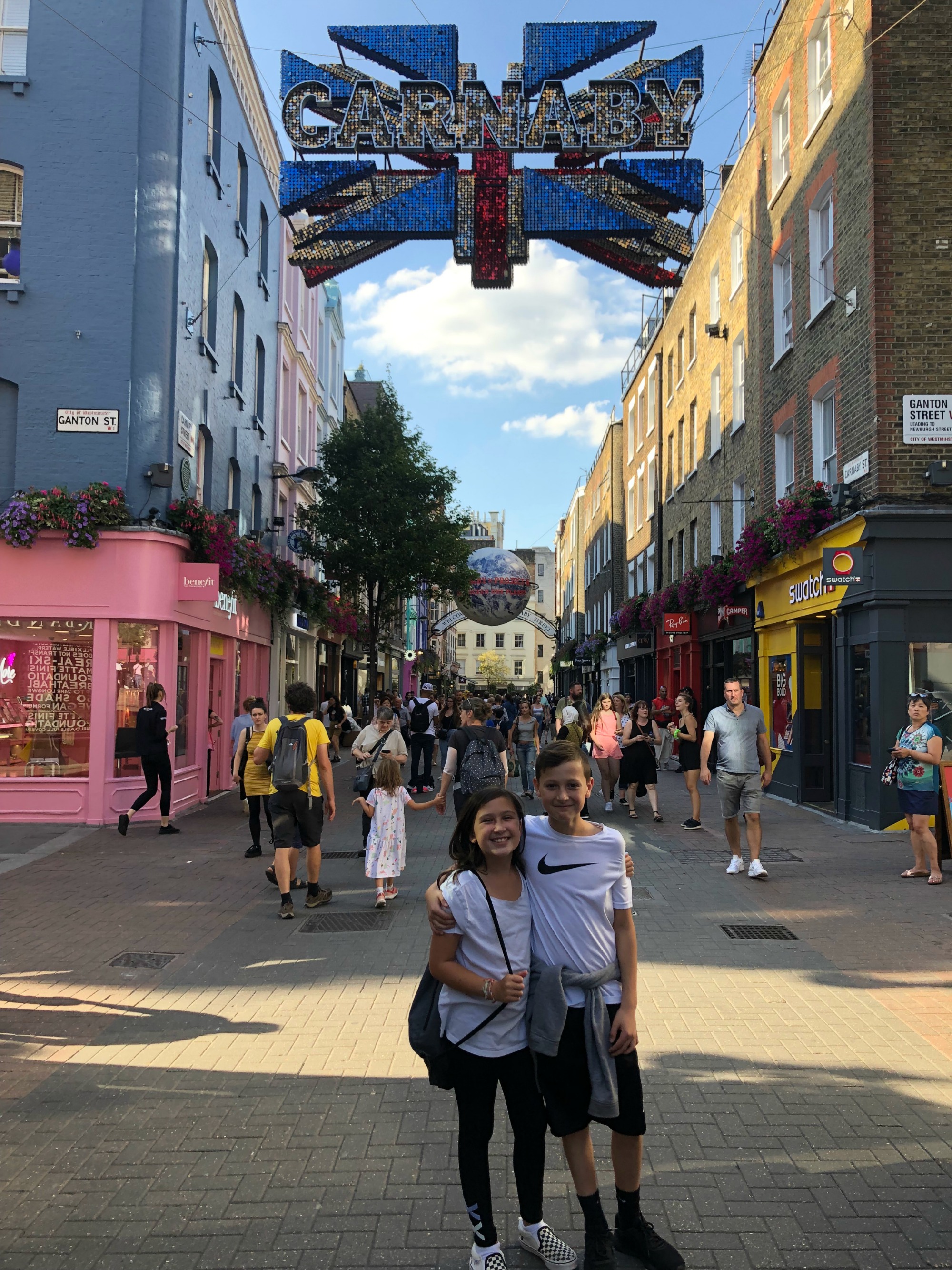 Shopping in London is a sport, at least it was for my teen. She had already staked out the stores she wanted to hit, and surprise, they were all on Carnaby Street. It’s really more of an area filled with popular stores mixed in with smaller shops (and lots of vintage) along with excellent restaurants and pubs. You can spend a little or a lot of time there; I’d suggest going for lunch, then perusing the shops for a couple of hours to wind down after a busy morning on a tour or at a museum. 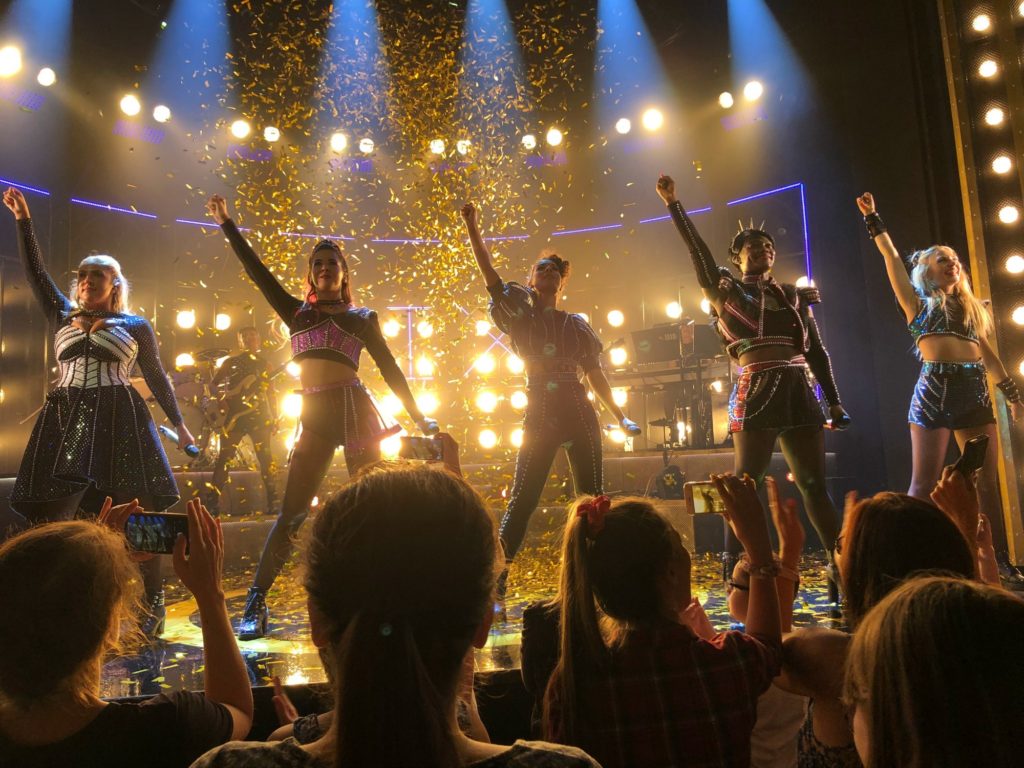 We had the great fortune of spending an evening and an afternoon at the theater. You might be surprised at the affordable prices for some of the most popular musicals. We saw Hamilton, with our seats about 10 rows back for around $100/ticket. If you’ve priced it here in the U.S. then you know that’s super affordable. Then, my daughter and I saw Six, a fantastic musical based on the wives of King Henry the 8th, while the other kids took in The Lion King. Along with taking in amazing performances, it’s a perfect opportunity to rest your tired legs, and tickets were much cheaper than anything I had seen in the U.S. for comparable seating.

Related: 5 budget family travel tips that will save you money

I’m so pleased that a friend mentioned this to me because I had never heard about it and would probably never had discovered it on my own. During low tide, you can go down to the banks of the Thames and search for old artifacts – think old coins, marbles, pipes, and pottery shards (amongst other things).

It became very popular a few years ago, so much so that they now require a license. Instead of that, we paid for an extremely affordable mudlarking tour that just so happened to coincide with our visit. This way, we didn’t have to get a license.

This was by far my son’s favorite part of the London trip, with his collection of Tudor pottery shards and 16th Century pipe stems amongst his spoils. If you can’t find a tour during your time, it’s definitely worth looking into a license. Just be sure to pack rain boots or old shoes in case it’s muddy. 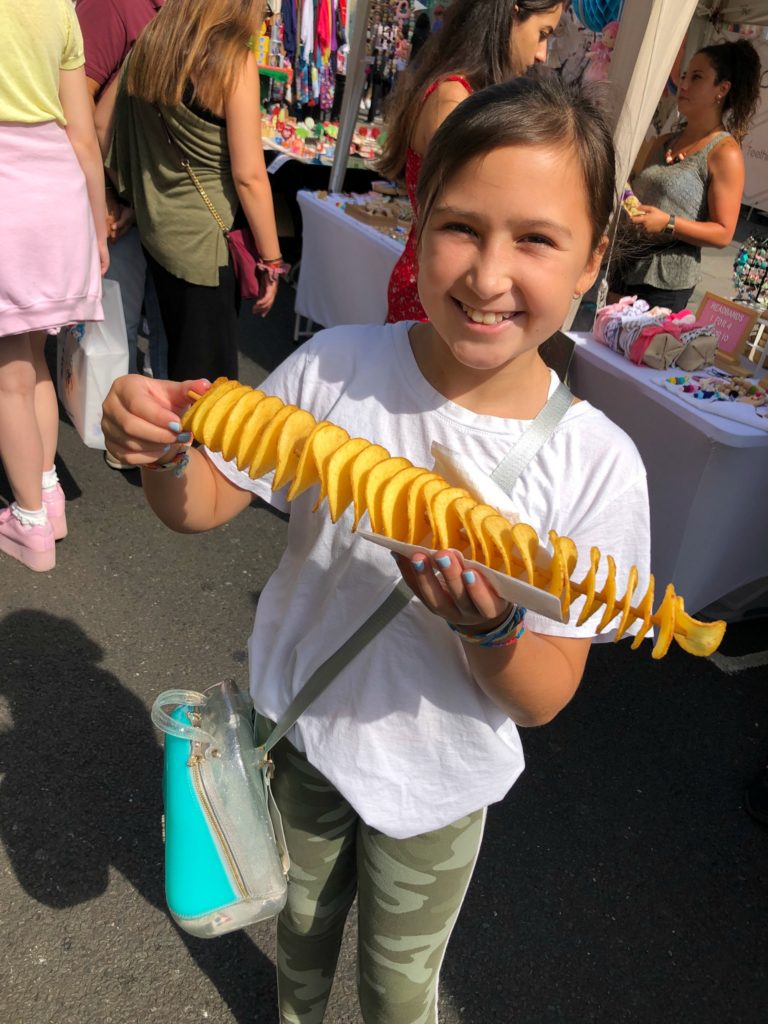 I sorely underestimated the vastness of the Portobello Road Market and it is definitely worth a visit with your older kids. In fact, I think it might be more fun with them because it’s packed full of cool antiques, fun flea items, vintage finds, and amazing food. We only spent a couple of hours but you could easily spend the entire Saturday morning at this and not see everything. Just be prepared for the crowds. And bring cash!

Related: 5 ways to eat healthier while traveling with kids

Whether you’re a big cereal fan or not, this spot is a fun little stop for breakfast, lunch, or dinner, so long as you know that it’s basically just cereal and sweet treats. I wouldn’t necessarily go out of your way to stop here, but if you’re looking for a fun diversion before or after a museum stop, this was quite popular with my kids. It basically has every single cereal ever. And that is not an exaggeration.

Another stop worth making: dessert at Harrod’s. Once we were able to find it (seriously, the signage is terrible – save yourself lots of time and just ask someone), we had quite a tasty treat. The ice cream creations are amazing. 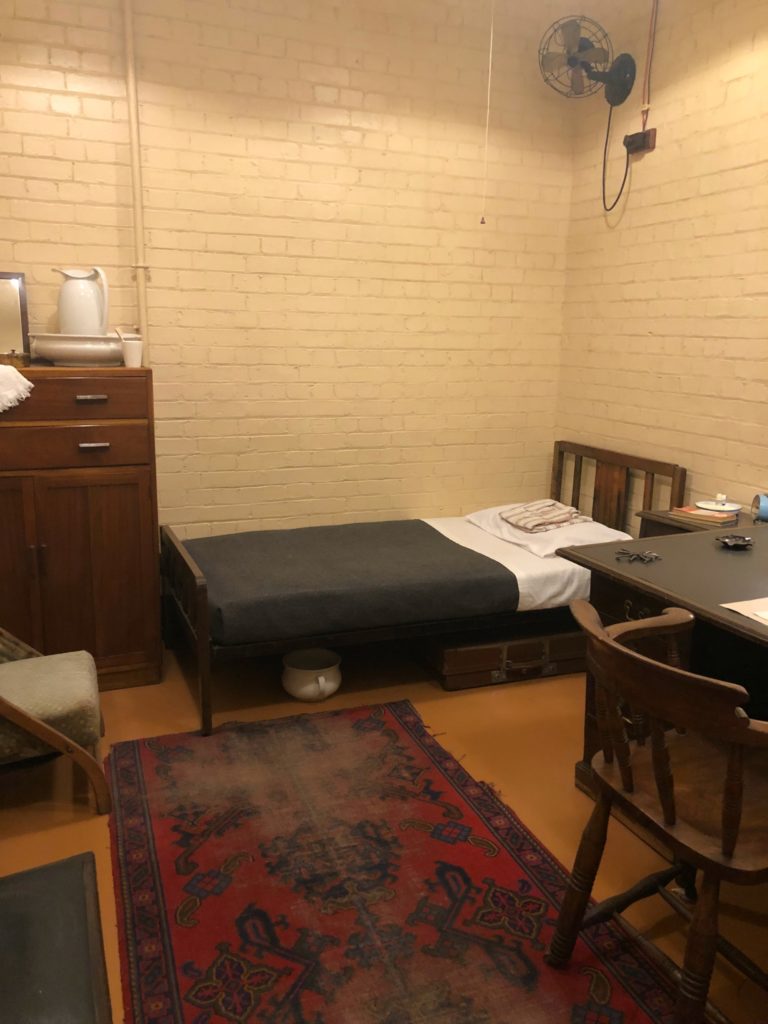 I’m so glad we got tickets in advance to the War Rooms. I’ll be honest in that we didn’t tour many museums on this trip, but this is a great choice if you’ve got teens who are super into museums. You will definitely want to buy tickets for this in advance, which will require you to pick an entrance time. Then be sure to be on time for your appointment. Because it’s underground with limited space, the tickets do sell out and they only let a certain number of people in.

I’d suggest doing a little research before you go, but if you don’t, there’s plenty to see and listen to (get the audio tour – it’s great). It’s extremely well done and you can make it through pretty quickly while still seeing a lot. And pro tip: the little cafe in the War Rooms is really good and affordable. The shepherd’s pie was the best we’ve had.

Related: 15 things to pack on your trip to Disney World 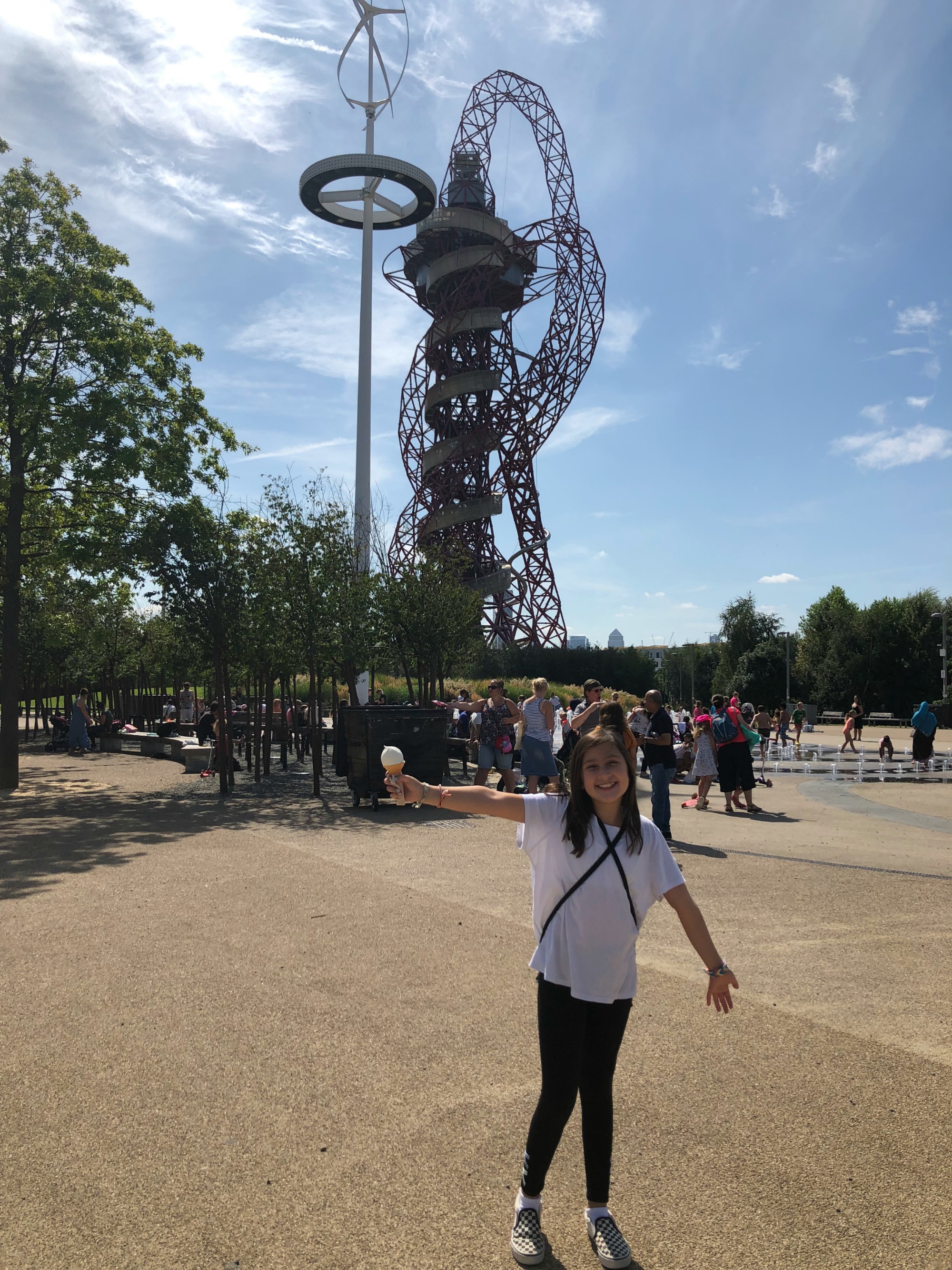 You will have to make your way to East London for this, which is a bit of a train ride from London center, but if you’ve got little daredevils, it’s totally worth the 45 minutes or so on the above-ground train. This is the tallest slide in the world, which you’ll zip down at around 15 MPH. If you are afraid of heights, or have a child who is, this is not for you. But know that it looks much scarier than it actually is. I am not a fan of heights at all and I was fine, once I got myself psyched up.

It’s super fun, and positioned right outside a large shopping area, so you can do the slide, then hop over for a little shopping and lunch before heading back. It will take you about 40 seconds to get down the slide itself, so I’d suggest doing this first thing, then heading out. Just be sure to buy your tickets in advance. We were able to get them the night before, but we had to choose the earlier times. Later in the day was booked.

This was a completely unsponsored trip. Other than the complimentary tours from Fat Tire Bike Tours and Context Travel, all of this was paid for by me.