Outstanding videos and resources to teach our kids about the Holocaust on Holocaust Remembrance Day. 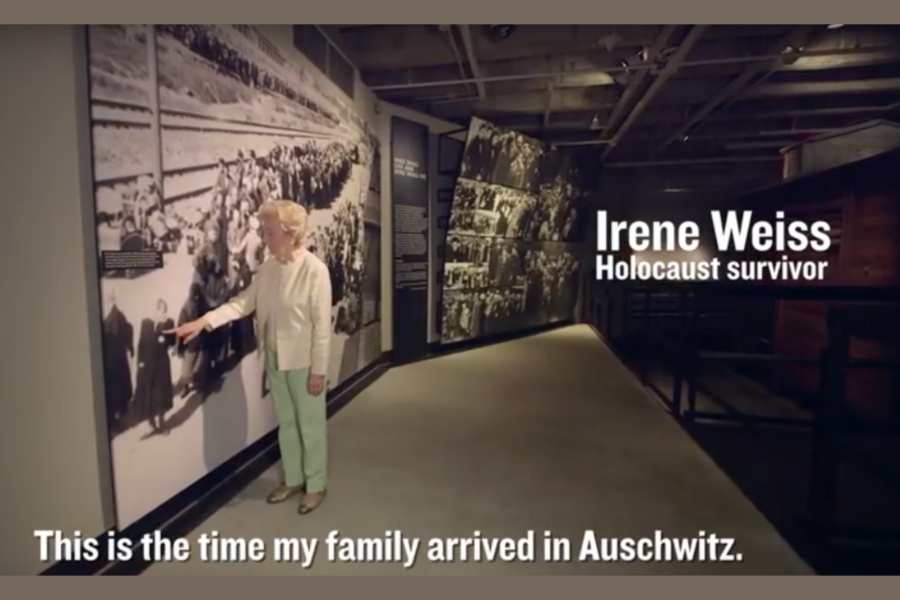 The sad truth is, the older we all get, the more the survivors and liberators of WWII pass on, the harder it will be to preserve the stories, teach one of history’s hardest lessons, and fight the deniers.

(At top: Survivor Irene Weiss describes a historical photo of herself at 13, at the liberation of Auschwitz.)

Related: 8 books that teach kids about the Holocaust. Because we haven’t forgotten, and neither will they.

Lots of us adults may still remember WWII soldiers marching in Memorial Day parades as kids, or watching living Holocaust survivors tell their harrowing stories on TV news specials. With those numbers dwindling, the passage of time creates fewer opportunities that invite natural conversations with our kids, the way we might have had with our own parents.

A recent Pew report about Holocaust knowledge reveals when someone has actively studied the Holocaust, visited a Holocaust museum, or even knows someone is Jewish, they are more likely to have accurate information. It makes perfect sense — there’s nothing more compelling than hearing the actual words and first-hand accounts of survivors, or the accounts via their own families.

Of course we can’t all make it to a Holocaust museum (though we should aim to at least once in our lives), so I’m grateful for all the first-person interviews available online.

Interviews with survivors can help kids understand so much in such a profound way, because it personalizes the experience, making something so big and general in the long-ago past (to a child) feel very present and specific. 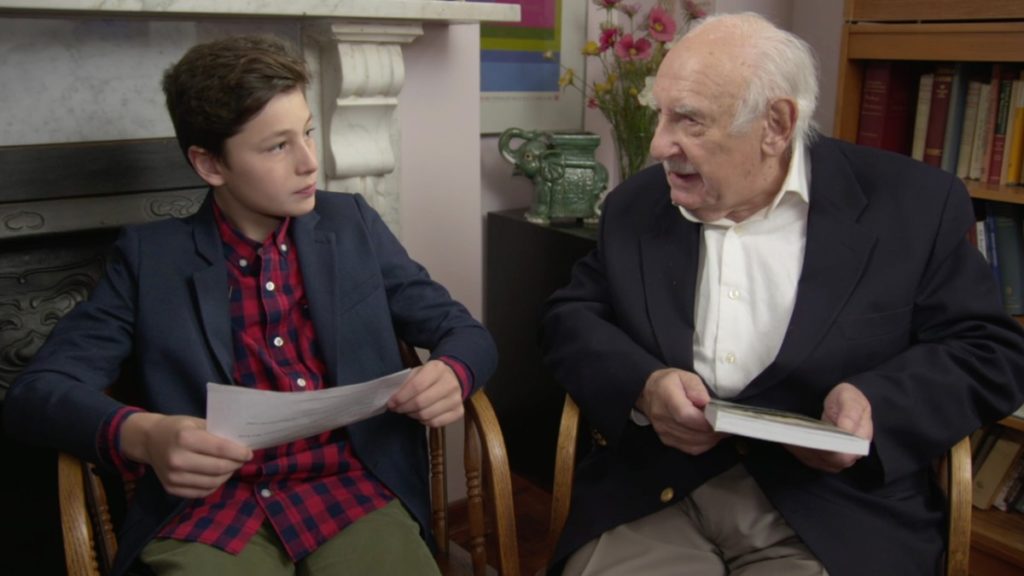 There’s no better way to teach the dangers of demonizing and scapegoating whole groups based on ethnic, religious or racial identity; or from a political standpoint, how fascism rises. In fact, in a recent Pew study, only one-third of teens were aware that Hitler was democratically elected by the people of Germany. So we definitely need to talk to our kids more about the lessons we’ve learn from “Good Germans” and soldiers “just following orders.”

But above all, talking about the Holocaust helps us our kids the critical importance of empathy, kindness, inclusion, fighting injustice in all its forms, standing up for other people — and the triumph of hope, even against the greatest of horrors. The more of us there are in the fight, the greater the chance that hope wins. 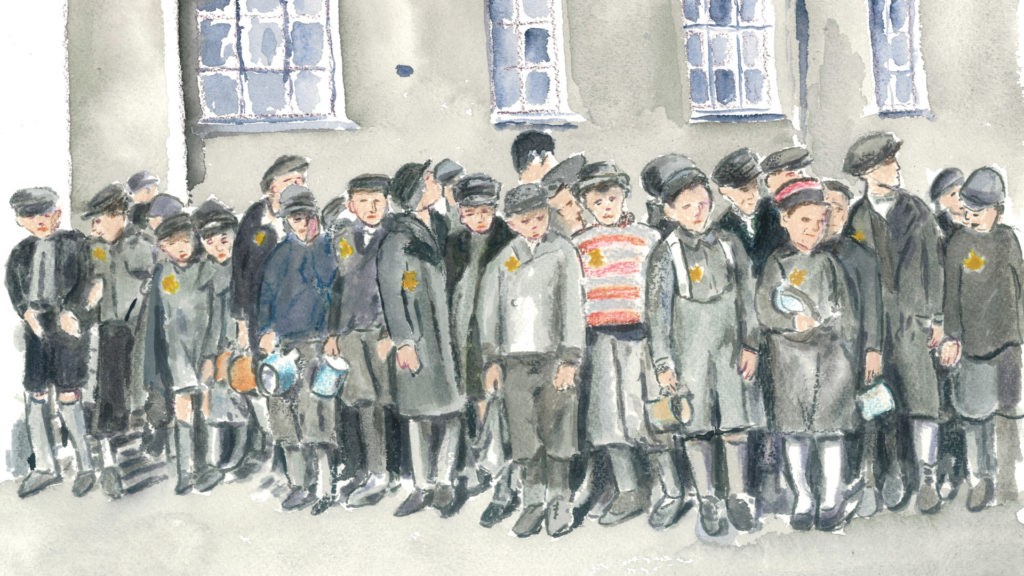 What’s really compelling to me, in addition to the film are the short companion films of interviews with Holocaust survivors by children. It’s on a resource page that also includes bios with more information on each of the subjects of the films. I highly recommend them.

US Holocaust Museum Videos of Survivors: In Their Own Words

Another rich resource for parents and educators:  The US Holocaust Museum’s YouTube channel. It’s filled with poignant, raw interviews with survivors, and more. They aren’t flashy or produced, which is in part what I think makes them so compelling. But they are longer, and might be better for older kids who are already interested in the subject.

The videos are part of the US Holocaust Museum‘s First Person Program, which allows survivors to share their personal stories as a record for the thousand of museum visitors. There are so many more, but here are some worth watching for starters.

Nat Shaffir, one of the youngest Holocaust survivors.

Irene Weiss, who survived two camps and was liberated at age 15.

Josiane Traum, who survived the war as a hidden child.

Polish born Marcel Drimer, who was liberated at age 10 thanks to a Ukranian family hiding his own family.

Susan Warsinger, who fled Germany after Kristalelnach when she was 9, hid throughout Europe, and didn’t reunite with her parents until she was 11.

If you want to talk to your kids today, and need a place to start, there is a wealth of information out there.

– Psychology Today offers helpful tips for talking about the holocaust with kids from Donna Matthews that are really sound.

– The official Auschwitz Memorial Twitter account @AuschwitzMuseum is filled with great info and links daily. Their website also has a helpful collection of historic documents including photos, maps, and archival documents. Just be sure to take a look before showing your kids, because there’s tough stuff in there. 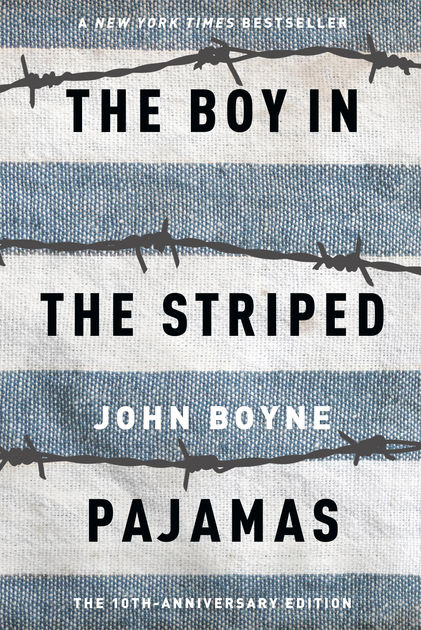 – Lexi put together an outstanding, carefully curated article featuring 8 books that teach kids about the Holocaust, from children’s books to graphic novels to YA titles. Above: John Boyne’s excellent The Boy in the Striped Pajamas.

– The educational resources from the US Holocaust Museum are outstanding. I particularly appreciate their guidelines for teaching such a tough topic, that details why you must be precise with your language, avoid comparisons of pain, be sure not to romanticize history, and be wary of simplifying answers to very complex questions.

– NYC’s  Museum of Jewish Heritage offers a complete Holocaust Curriculum with multiple lesson plans that may be helpful.

– Khan Academy’s holocaust video is 10 minutes long, and offers a sensitive, if straightforward overview that will be helpful to some kids.

– The ADL offers three lesson plans around Holocaust education for middle school through high school. Two of them focus on the children of the holocaust, which makes the history more relatable for teens (though it’s pretty tough). There’s also a lesson on genocides in the 20th century — including Cambodia, Rwanda and Armenia — and global response, or silence, in the face of mass atrocities.

It’s an important reminder that this is not all “in the past” and today, the fight, sadly, goes on.