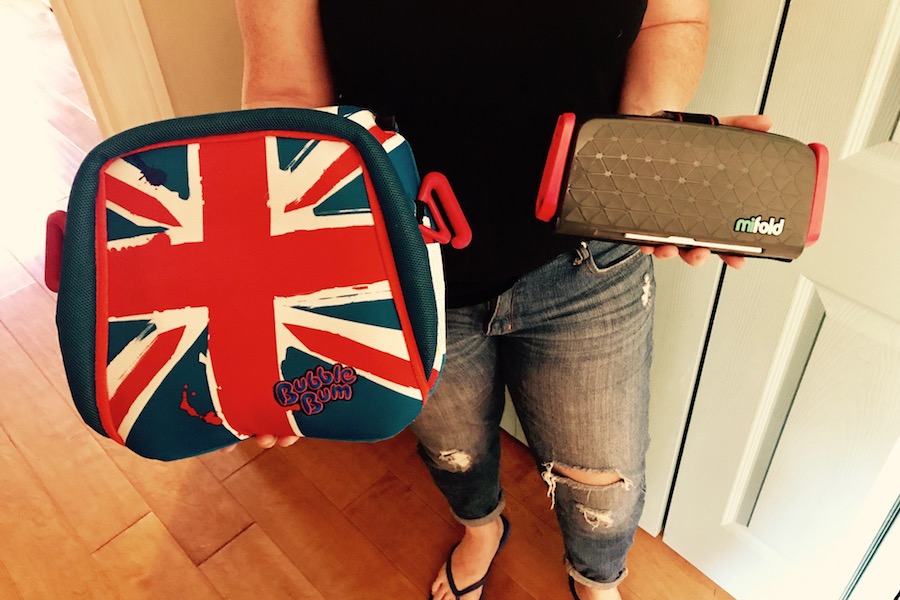 My kids have all used traditional booster seats in the car, but recently my son has had a chance to test out two cool booster seat alternatives so we could really give you the scoop on the pros, cons, and differences between the Mifold and the BubbleBum travel booster seats.

While size and portability are huge benefits of travel boosters like these, my 7-year-old expert (you know, the kid who actually has to sit on them all day in the car) offered up some good insight too.

So, if you’re looking for an option to the big traditional booster seat, here’s our pro tips on whether the Mifold or the BubbleBum are right for you. 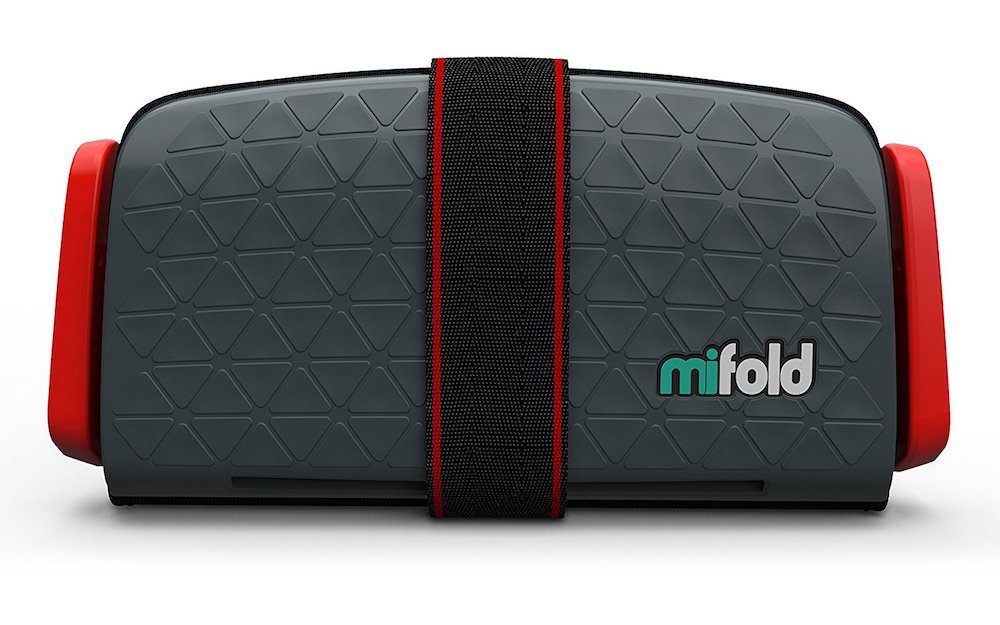 I love the concept of the tiny, compact Mifold booster seat, which is small enough to stash in my handbag or diaper bag. It simply unfolds and expands (those red tabs on the sides pull out) to adjust your child’s seat belt to the proper placement on his body.

In a pinch I’ve been known to use my kids’ car boosters as restaurant booster seats, but that won’t work with the Mifold. The seat is very flat, and the slots for seatbelt bring them down to your child’s level rather than raising your child up like traditional boosters do. So basically if you’re buying this, do it for the car and don’t expect much dual-usage value from it.

What my son thinks: He says it’s “cool, but it’s not very comfortable.” The seat is pretty hard, which hurts his tush on longer rides. After using it for about a week, he preferred to go back to his regular booster — because he’s in the car all. day. long. But it would be fine for shorter rides or to stash as a backup for other young passengers.

Who I think it’s best for: Urban parents who take taxis and don’t want to lug a car seat. Grandparents or nannies who aren’t primary drivers and want the convenience of stashing a booster in the glove compartment. Carpooling parents who need a spare for friends. 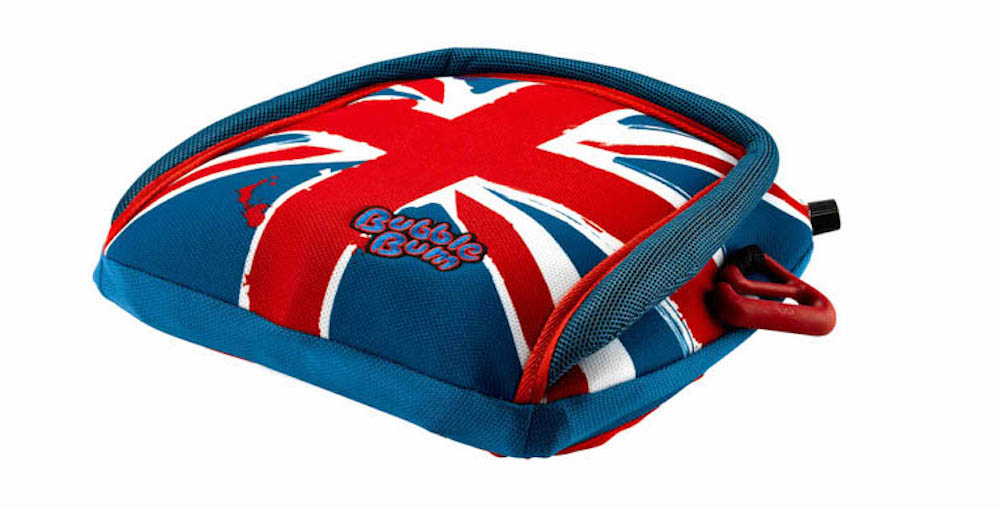 When I learned the concept of an inflatable booster seat like the BubbleBum, despite Liz’s rave review and strong recommendation from several years ago, I admit to being a little skeptical.

Turns out, we’re actually hooked. If you’re like me and drive every day, it’s a great choice because it’s small enough to fit three boosters across the back seat of your car but still offers good safety protection, with positioning clips that help insure the shoulder belt is in place properly.

And it’s so lightweight, you can just toss it over the seat to your kid in the back, and it won’t hurt them. (Ha!)

But really, the BubbleBum is outstanding for travel since it completely deflates and rolls up so compactly. And there are lots of new styles including this cool Union Jack design, pink chevrons, or even just plain black, which are all a big step up from the original purple.

What my son thinks: At first he found this a little wobbly which makes sense considering it’s inflatable — though it’s quite sturdy. While it took him some getting used to, he now loves how much cushion it has and says “it’s comfortable!” Probably thanks in part to the memory foam air bladder.

Who I think it’s best for: Parents with three kids in the back who need a more compact booster to help fit everyone in there. Travelers who don’t want to lug a car seat — you can not only use it in a rental car on arrival, you can inflate it so it doubles as a pillow on the plane. Grandparents, nannies and carpooling parents who want an extra booster compactly in the car.

Mifold vs BubbleBum: The Verdict…

Hands down, the BubbleBum. In fact, we’ve now donated our old traditional booster seat and my son uses the BubbleBum exclusively. How’s that for a recommendation?