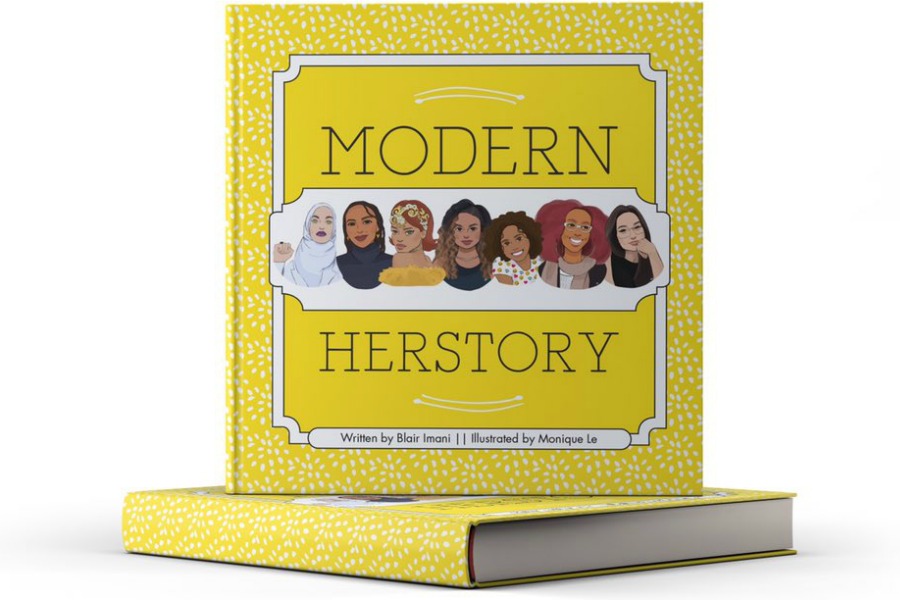 Coming across the Modern HERstory book fundraising effort from Equality for HER founder Blair Imani’s Twitter feed this week, I was immediately like YES YES YES!

Related: Goodnight Stories for Rebel Girls is back, more inspiring than ever

This doesn’t look to be your typical women’s history book for children. And that’s a good thing.

Update: The book is now available for order at our affiliate Amazon

When I was a kid, it was so evident that any women in our history books were either the wives of famous men (no offense, Martha Washington), or so unworthy of exploration, that the authors would squish them all together into a single chapter called “The Women of American History” or some such nonsense. Let alone they were all pretty much white, save for maybe Rosa Parks and Sacajawea.

Modern HERstory, however, is described as featuring over 50 of women and femmes from a truly diverse array of backgrounds, career fields, identity and cultures; from Rihanna and Solange Knowles; to Little Miss Flint (Mari Copeny) who’s taken over social media to bring light to the Flint water crisis; the Women’s March national co-chairs; and the founders of Black Lives Matter.

I think it’s safe to say that some of the women portrayed have views that can be called polarizing or controversial; that’s because we’re dealing with real, living, complex women who are currently challenging complex systems, and not simplistic caricatures of women from the past.

To me, that’s a selling point. It’s stories like these that give us the chance as parents and educators to open up more essential discussions with our kids.

I mean jeez, do we ever say, “oh no, kids…put down that American history book. It talks about that controversial slave-owner and Indian Removal Policy architect Thomas Jefferson!”

Related:11 inspiring children’s and YA books about historic women for our girls — and especially, our boys.

I will be delighted to share Modern HERstory with my kids. But beyond that, I’m especially excited that it will get into the hands of the kinds of kids of color who don’t still see themselves reflected back in nearly enough books.

As Imani wrote on the crowdfunding page: We are publishing Modern HERstory so that no child will ever feel like they do not matter or that they cannot make a difference.

🎧✨ I am so excited to share one of the most t