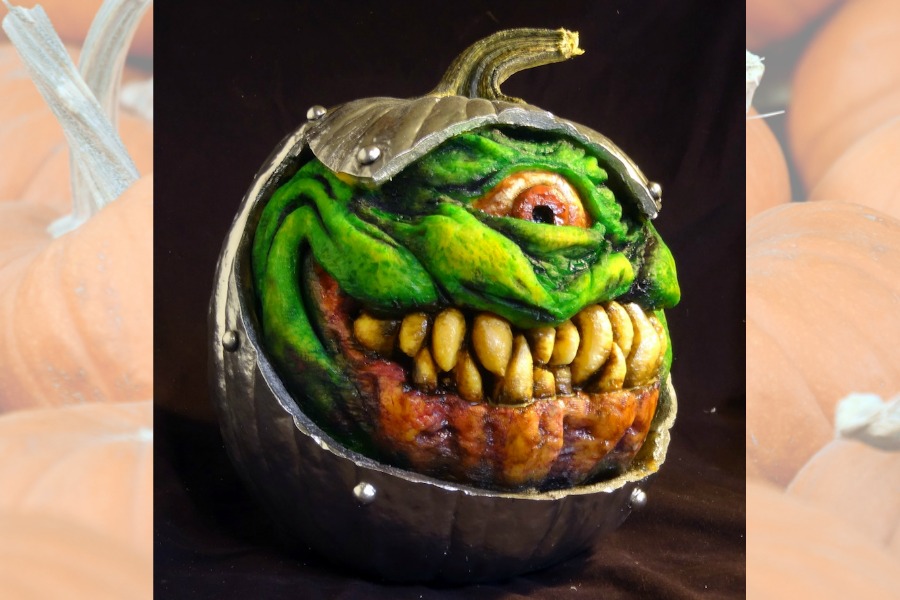 When you have young kids, you tend to find inspiration in cute Sharpie Pumpkins or maybe painted pumpkins — perhaps with a little pastel paint and some glitter glue? But when your kids get older, it’s all about having the creepiest pumpkins — the more guts, the more teeth, the more small children may run away in horror, the better.

So if you’re looking for some creepy Halloween pumpkin eye candy to get you in a frightful mood, or have kids who like their pumpkins with more trick than treat, you have to check out these outrageous pumpkins from master carvers for inspiration.

I’m blown away. Because the pumpkins I carve myself are not winning any awards anytime soon (unless there’s a prize for successfully avoiding a knife wound two years running), and the idea of creating something that could fit right into a Tim Burton film when my son is old enough to handle it? More of a dream than a nightmare.

Related: 13 outrageous carved pumpkins you just have to see. 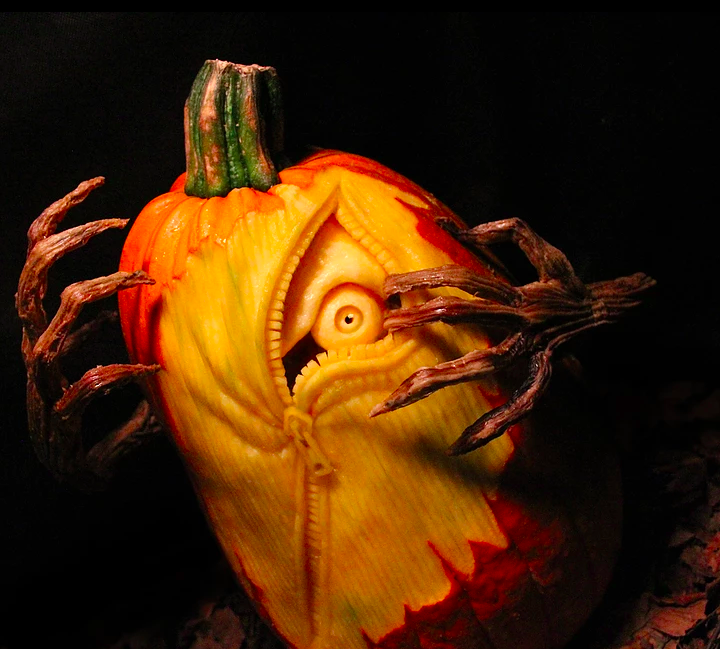 Creepy Hands Halloween Pumpkin at MB Creative Studio
Who knows what this pumpkin will do once he escapes his shell? I know I’m not sticking around to find out. This Springfield, MO studio will carve pumpkins for parties, events and storefronts too, should you (like me) know there’s no way you could ever pull off something so intricate and imaginative yourself 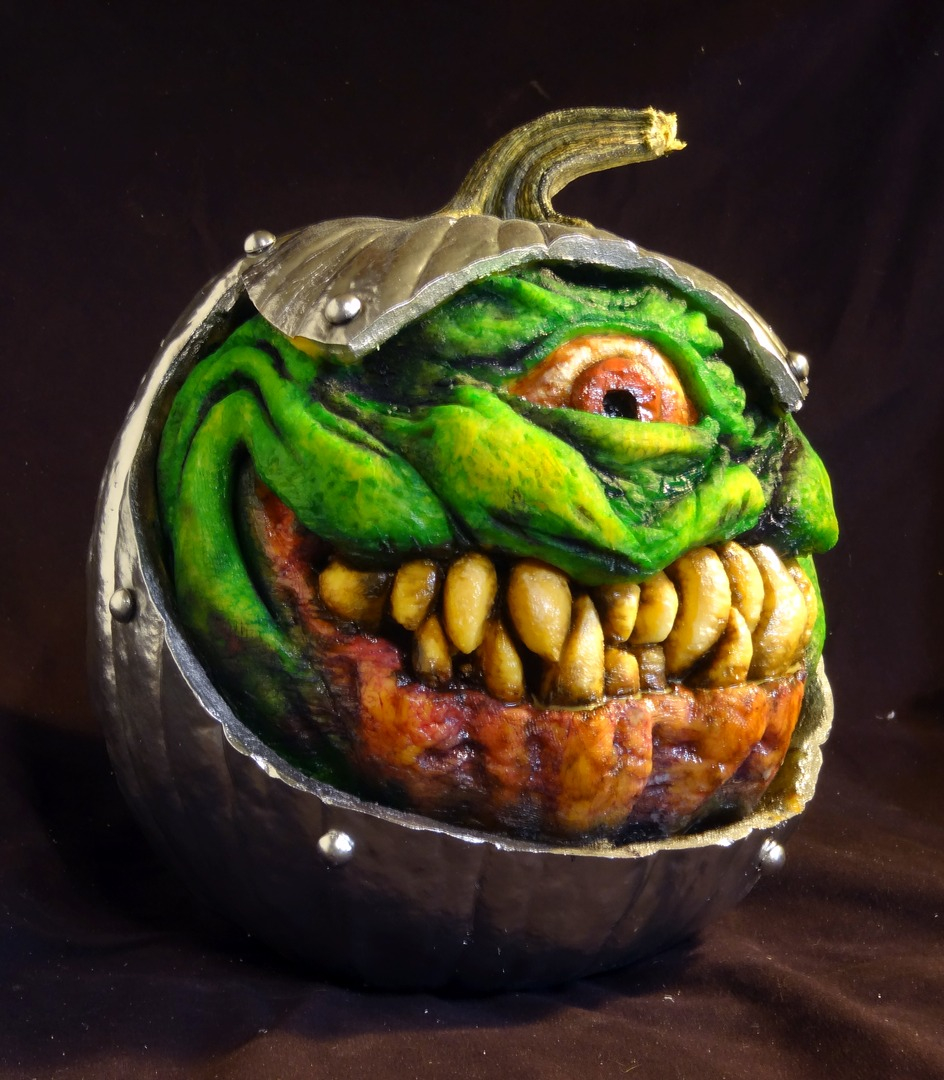 Creepy Monster Halloween Pumpkin by John Neill at LCAD (also at top)
Jon Neill is a major pumpkin carving savant blowing up the interwebs with his definitely-not-for-kids-designs. He creates art for film, consumer goods and media so yeah, he’s a pro. I’m trying to figure out a way to hire him — and you have to see the other creepy pumpkins on his site! #CreepyPumpkinGoals. 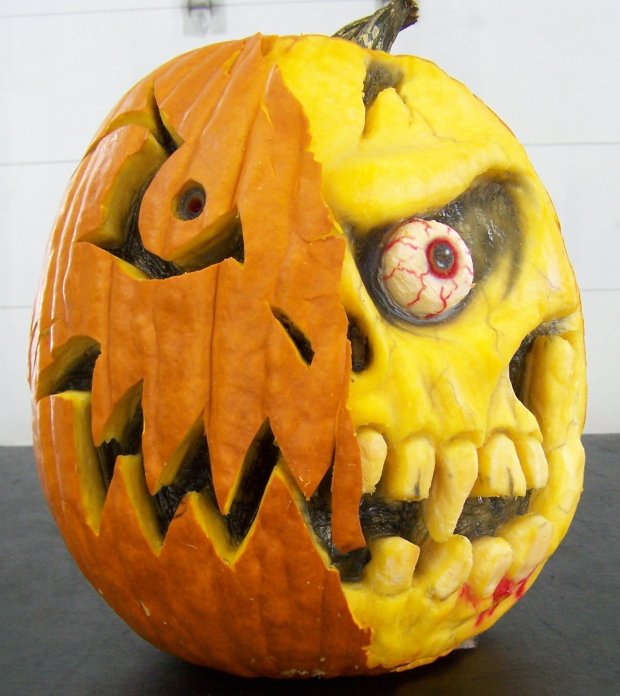 3-D Creepy Pumpkin Tutorial via Makezine
You’ll be amazed–and more than a little terrified–when you watch the step-by-step Youtube video showing how this creeper pumpkin came to life. Spoiler alert: it involves a LOT of sharp objects. 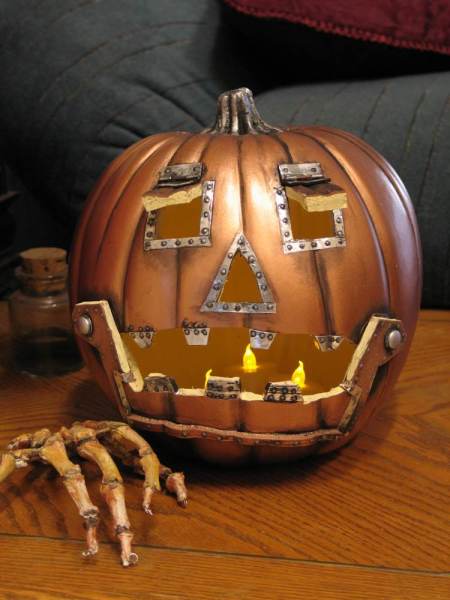 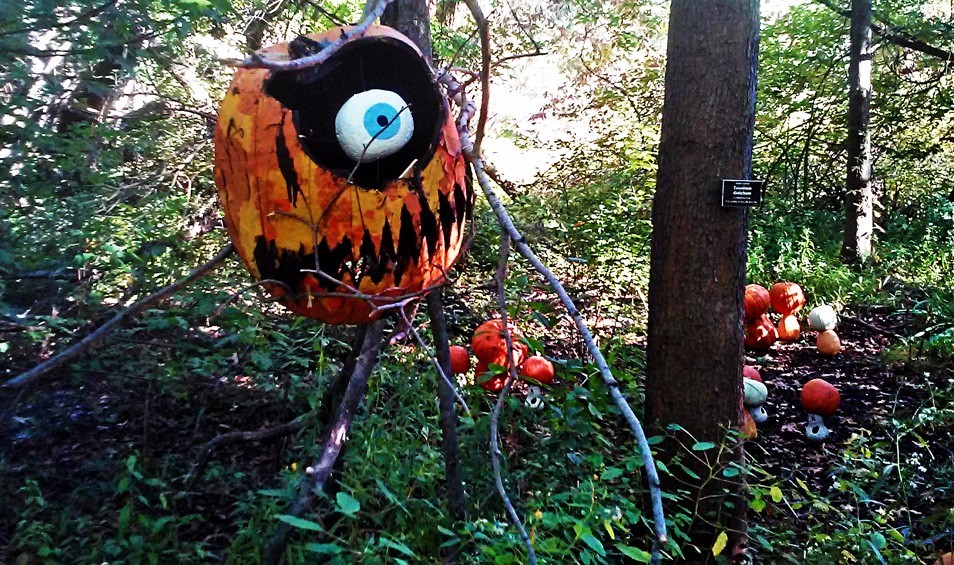 Pumpkin Monster by Ray Villafane
(Hopefully never) coming to a forest near you: this pumpkin cyclops, created by a serious master for the Bronx Botanical Garden’s annual Haunted Pumpkin Garden. (via Bronx Journal) 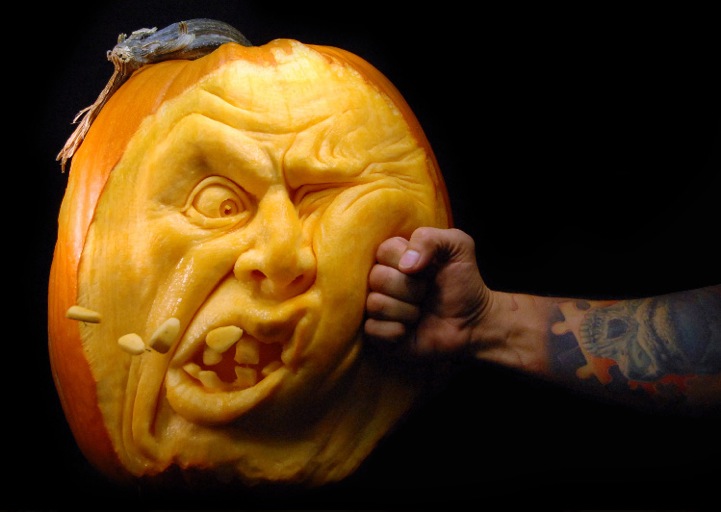 Creepy Punch Drunk Halloween Pumpkin by Ray Villafane
“You should have seen the other pumpkin.” /rimshot
(Man, this artist is amazing!) 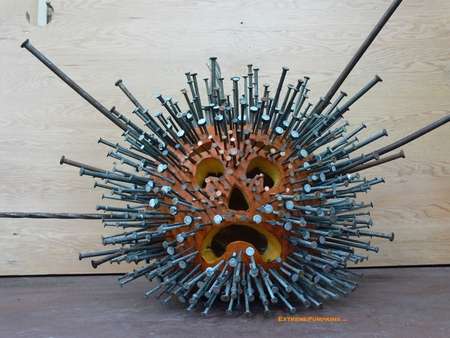 Extreme Nail Pumpkin at Trend Hunter, via Extreme Pumpkins
This marks another instance of serious pumpkin abuse. And yet — so perfect as an homage to fans of Hellraiser. 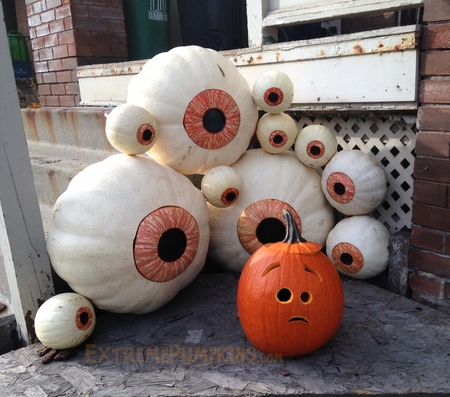 Eyeball Pumpkins via Extreme Pumpkins
When “all eyes on me” is a bad thing. 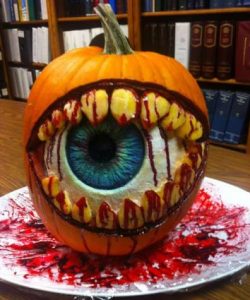 Bloody Eyeball Pumpkin by Kristen F for the This Old House carving contest
I may sound paranoid, but I think this eyeball is following me around the room. Seriously, try it. 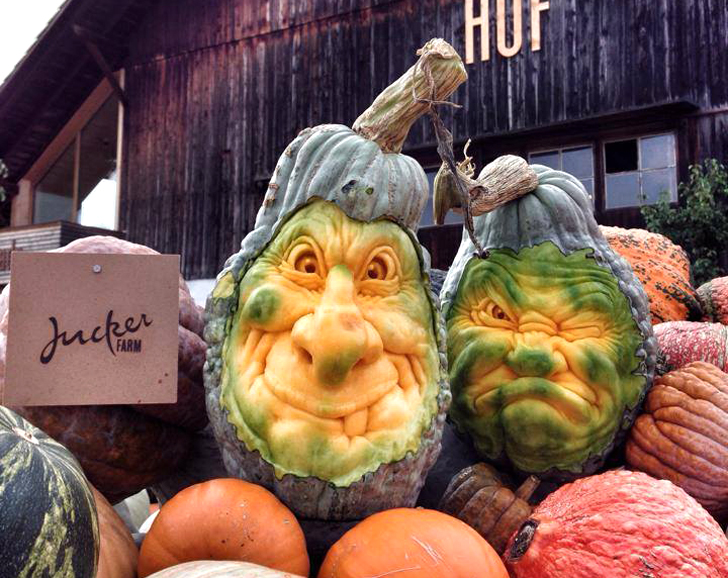 Blue Squash Faces by Ray Villafane via Inhabitat
Yes, Ray Villafane…again! He’s just brilliant. And is it just me or do these faces look like they were fully intact, just waiting to be liberated and scare people out of their gourds (heh)? Also that sign says TUCKER. So…watch it.